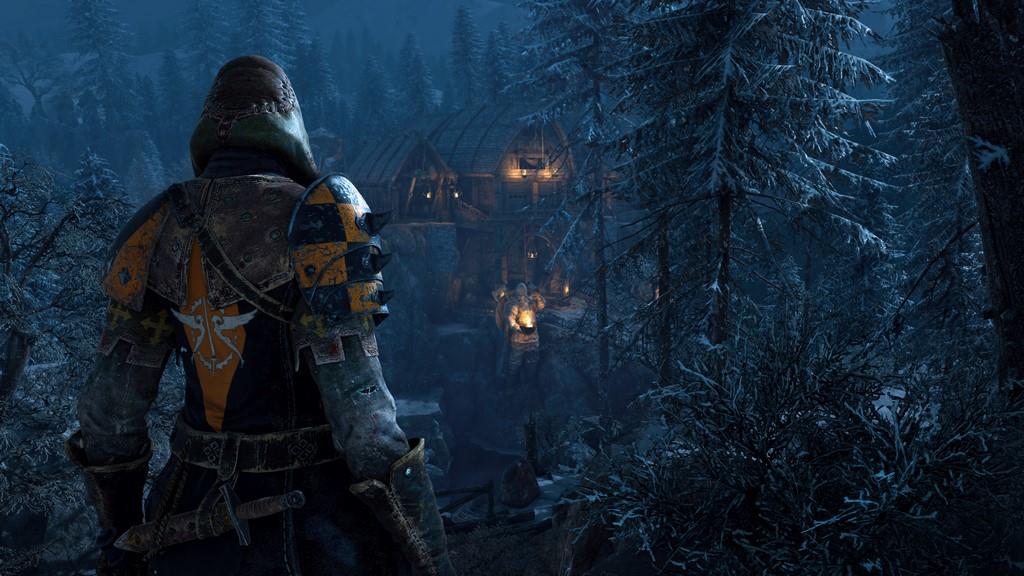 Note:  Ubisoft provided transportation, lodging, and sustenance for a press event in San Francisco where myself and a host of other game writers got to spend four hours chopping each other to pieces.

"A Match.com for warriors" is how For Honor's producer Stéphane Cardin describes the game.  The producer's analogy rings true if only because the game comes out on Valentine's Day 2017.  The true meaning though is that For Honor is really a platform for fighting fans to meet each other, become friends, and then hack each other to pieces.

Going into the event I knew that For Honor was a melee combat game that Ubisoft unveiled during their 2015 E3 press conference.  The game somehow has Knights, Vikings, and Samurais locked in an ongoing war and it looks amazing.

What I didn't know was that For Honor is an amazingly deep game with layers of interlocking mechanics and system.  This isn't a Dynasty Warriors clone where you are going to run around cutting people down. There's a complexity and a depth that is hidden under battle axes and rivers of blood.

The actual combat is more like a fighting game than a hack and slack.  Sure you can wade into battle swinging a sword back and forth, but you're going to find yourself respawning constantly.  What For Honor wants you to learn is how to balance offense with defense and how to thoughtfully engage your enemies. 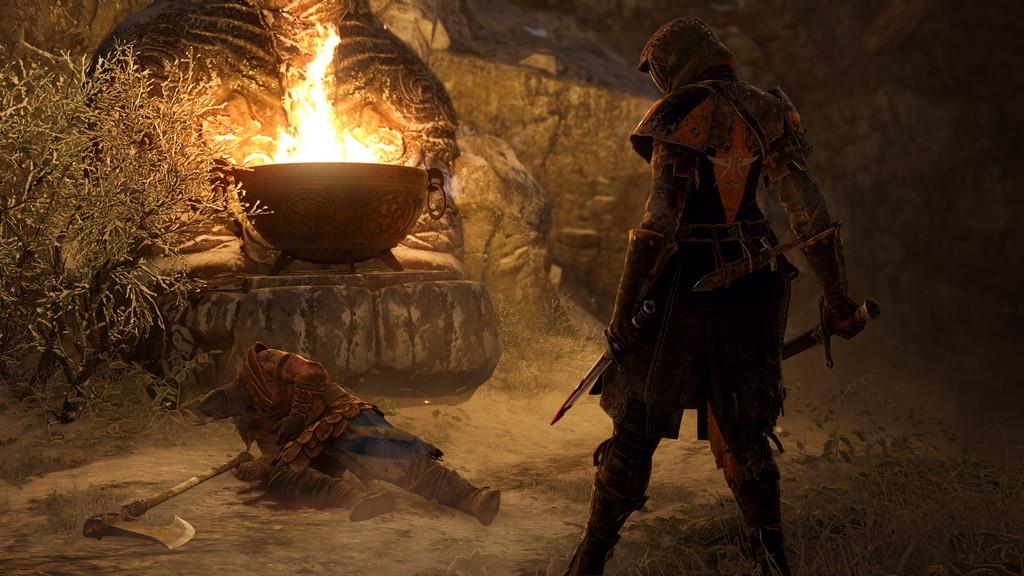 The first thing you need to do is learn the blocking system and then learn to read your opponent so that you can counter their attacks while launching effective tactics that will land instead of hitting their block.  Of course if you block too much, your opponent can break your guard with a deft string of button pushes.  They can also parry your attacks by timing their attack to yours.  You also have to be smart about your attacks as your character has a limited amount of endurance.  It recharges when you aren't attacking but it something else you will have to remember while wading into battle.

Need more?  There's also the matter of using the special moves that is tied to each of the classes.  Each of the three factions has four classes for you to choose from and each of those classes has a different movesets to learn and use. Each class also has different abilities and powers that users can configure before going into battle.  This gives players a large variety of combat options and should make every match different.

I'm interested to see how players use all of these combat systems in game and I think that players will eventually figure out the "metas" of class and skill combinations.  It will be really interesting to see if players band together to create team "metas" for the multiplayer portion of the game. 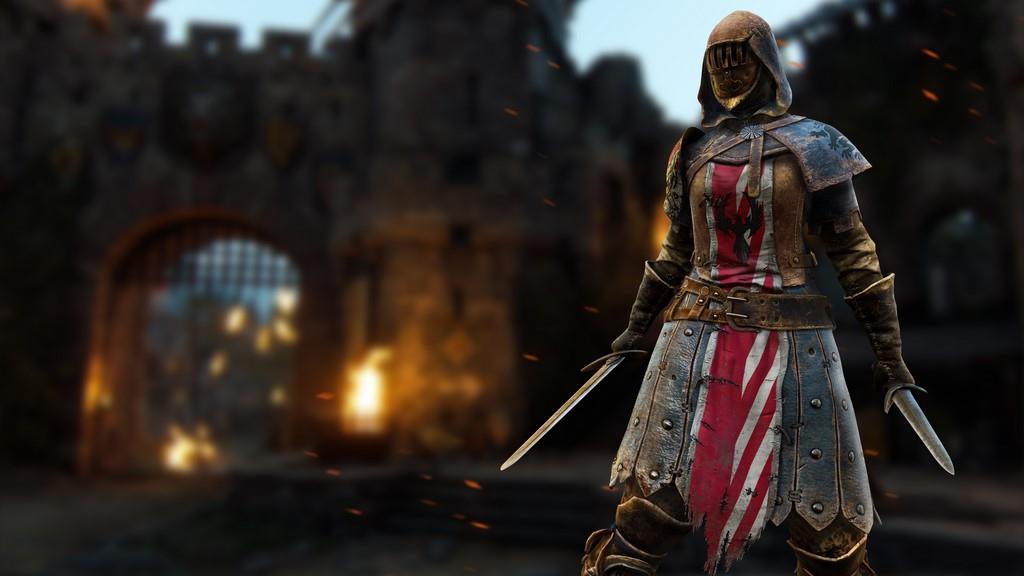 When you buy For Honor you are getting a single player campaign as well as a deep multiplayer mode.  We're going to talk about the single player portion of the game here, but if you want the details on the multiplayer side of things be sure to read our detailed coverage of that section here.

At the event we were able to play two missions from the single player portion of the game.  In the first mission we assumed the role of Mercy the Peacekeeper, or assassin class of the Knights faction.  The goal of your mission is to destroy an elevator that the Vikings are using to transport troops and supplies.

Mercy is fast and nimble but not terribly hearty so you have to balance your attacks with retreating to heal.  The first mistake I made was assuming that Mercy was a stealth class.There's no sneaking around but rather you have to look ahead to the enemies in front of you and figure out which enemies to take out first and how to use your skills so that you aren't overwhelmed.

The mission was fairly linear as you start out in the field and have to make your way up to the Viking encampment.  Once you're there you take out a few guards and then re-engineer the elevator so that it destroys itself. 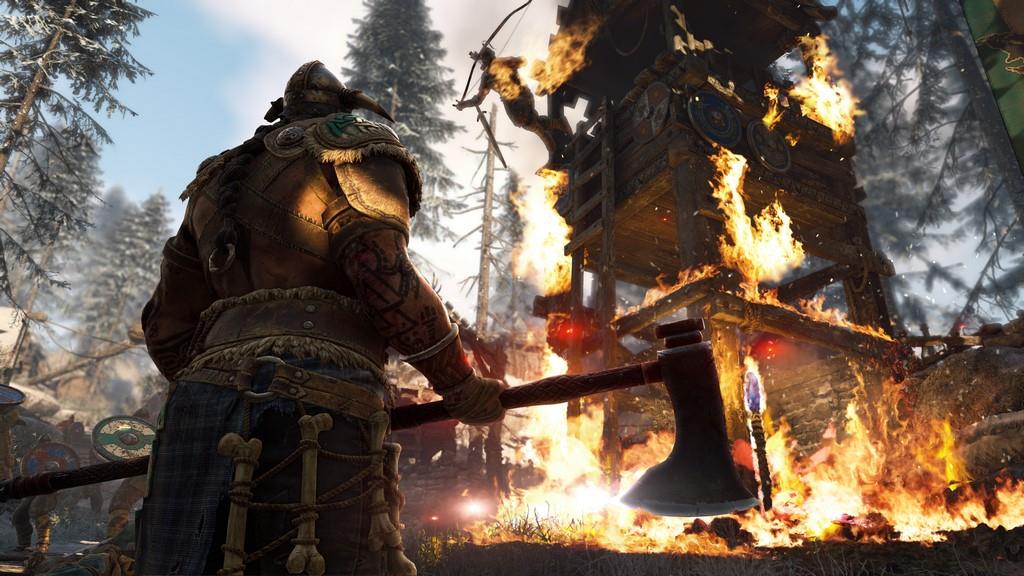 The second mission has your picking up the axe of The Raider, one of the Viking classes.  The Vikings have almost been eliminated by the Blackstone Legions and are now squabbling over food and other resources.  A Viking named Ragnar has been killing his fellow Vikings and stealing their food and it's up to the Raider to put an end to the madness and help lift his fellow Raiders out of squalor.

During this mission you will storm Ragnar's keep, liberate food supplies, and kill lots of Ragnar's foot soldiers before a final one on one battle with Ragnar himself that ends with a horse chase and Ragnar's head being separated from the rest of his body.  I liked the second mission a bit better as it provided the motivation for the Vikings to be fighting.  Hunger is at the base of Maslow's hierarchy of needs and I'm hoping that the Vikings and Samurai have similarly grounded campaigns. 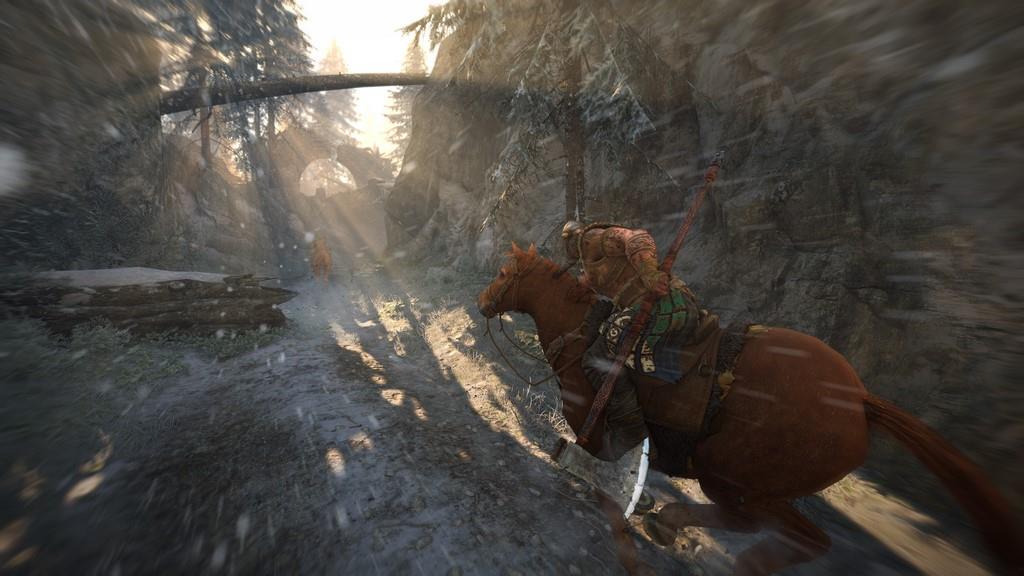 Playing the single player campaign also unlocks Steel, which is the in-game currency of For Honor.  Steel can be used to purchase various cosmetic upgrades and weapons for use in the multiplayer part of the game.

It's hard to make a judgement call on the quality of the single player side given that we lacked context for the missions but so far it's good.  I did hit a few rough spots but nothing that shouldn't be caught in the last bit of spit and polish all games go through.

I will say the game does look gorgeous and sounds great.  There is an appropriate amount of chunkiness in the sound design that sells it.  The game's peaked my interested in the single player campaign and hopefully it will combine with a strong multiplayer component as well.