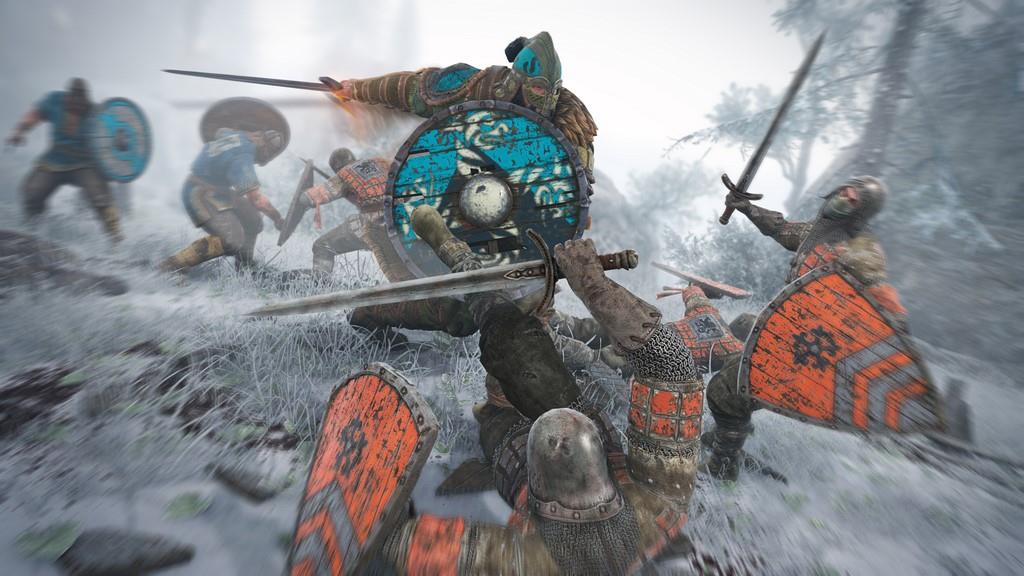 Note:  Ubisoft provided transportation, lodging, and sustenance for a press event in San Francisco where myself and a host of other game writers got to spend four hours playing For Honor.

One of the biggest takeways from the For Honor press event was that Ubisoft Montreal isn't creating a mindless hack and slash game but a deep and as a long term gaming platform.  That isn't evident when looking at the single player part of it but it's definitely there when you look at the multiplayer portion of the game.

The multiplayer feature of For Honor contains a bevy of modes (more on that in a minute) but sitting on top of all of the multiplayer modes is something called Faction War.  When you start a multiplayer game, you will align yourself with one of the three factions (Viking, Knights, or Samurai) and from there on your successes and failures on the battlefield will be tracked as part of the Faction War system.

This isn't just a wins and losses thing though as you will be fighting for territory against the other two factions.   The game will ship with 12 maps and each of those maps will have four to six variations based on which faction is currently controlling that territory.  Winning territories will also earn players war assets which can be used to attack or defend territories.

Faction War is broken into turns (which lasts six hours), rounds (two weeks), and seasons (10 weeks).  At the end of each turn, the faction with the most war assets in a territory owns it.  The round winner is the faction who controls the most territories, and the season winner is determined by which faction wins the most rounds.  Rewards will be distributed to the winning faction of the rounds and turns for those who played any part in their factions’ success.  There will also be a short cooling off period between seasons. 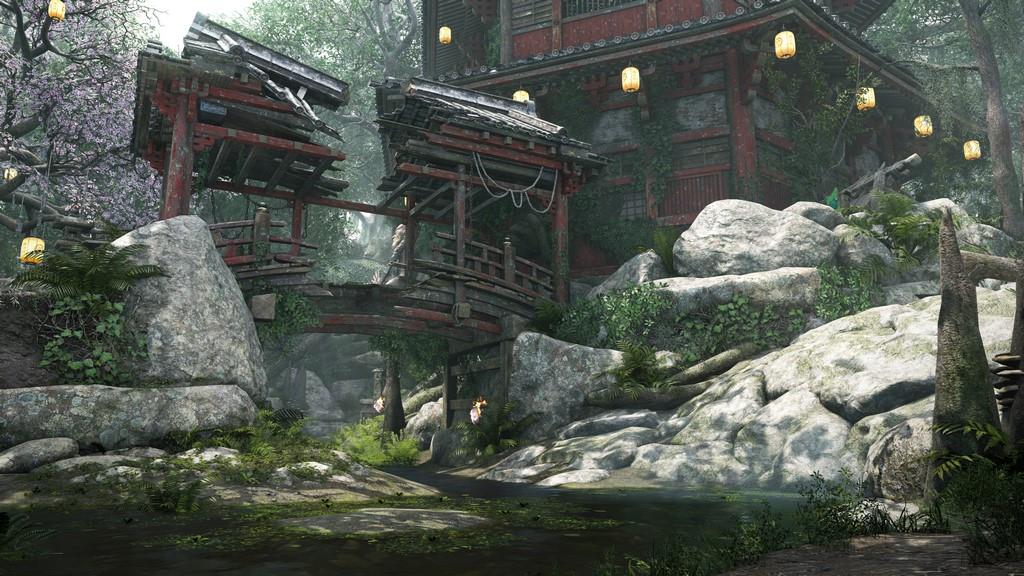 Another interesting thing about Faction War is that all platforms will share the same universe.  So no matter which platform you play on, you will always be contributing to a faction.  Unfortunately you won't be playing against other platforms in your matches but all platforms will take part.

Ubisoft is promising that all content will be available to everyone via in game currency.  Users with limited amounts of time will be able to purchase some content, but it will also be available for those who want to pay for it by grinding.

What kinds of multiplayer will you be playing though?  Well, Ubisoft Montreal has a couple of interesting options for you to check out. The game will feature a 2v2 mode as well as a 1v1 dueling mode, but the real heart of the game (for me at least) is in the other 4v4 modes included in the game.

The first mode we got to try out was Dominion, a 4v4 mode that Ubisoft let folks check out in the For Honor alpha a few months ago.  In this mode you and three allies try to take control of three control points.  Holding a control point earns points for your team.  You face four opponents who are trying to do the same thing.  Both sides have the support of MOBA style grunts who will help hold the points.  Dying forces you to respawn back at your main point unless your opponent has 1,000 points.  Once that threshold is passed, the losing side can now be permanently killed.    However, if they can re-capture a control point they earn enough points to regain the ability to re-spawn.  This mode is a lot of fun and there is a certain chaos that takes over once a team hits that magical 1,000 points and can begin hunting the other team down to end the game.

The second mode we were shown was Elimination.  Elimination is another 4v4 mode but without grunts and with power-ups scattered around the map.  These power ups are critical as they can make you faster or boost your offense or defense.  The speed one is particularly useful as it can help you outrun a gang of opponents or track down that one last remaining enemy at the end of a round.

At the start of each round each player is matched up against another player on the other team.  You can either duel with that person or regroup with the rest of your team to try and overwhelm another member of the opposing team. The goal of Elimination is to kill every member of the opposition.  This is done by either finishing them off with an execution move (the final blow is a heavy attack) or by making sure that they aren't revived by a teammate while they bleed out.  Wiping out a team ends a round and the goal is to win three of five rounds.

The setup sounds simple but winning requires a lot of thinking and teamwork.  Does your team all meet in once place and attempt to separate and hunt down the opposing team?  Do you pair up and pick them off?  Do you guard the bodies of the fallen while others try to take out the opposing team?  Does one member of your team try to draw the other team away from the bodies while one person revives?  These decisions are critical and are further impacted by the characters your party takes to the battlefield.

Initially my team picked all heavies and we were able to steam roll the other team by running away at the start and then picking off each one by surrounding them and killing them off.  The other team then shifted their tactics and we got rolled by their mix of fast and medium characters.  Finally after the fifth or six round we were trading round pretty equally.

I really enjoyed my time with the Elimination mode but like all multiplayer games, your experience will all depend on your teammates and the opposition.  Groups with good communication and team work are almost always going to destroy a team of individual players or a team that doesn't communicate.  The game has a potential to have a very long tail and Ubisoft is going to have to ensure that their matchmaking system is solid and that players who join the game in a year have as good of an experience as those who pick it up on launch.

My other concern with For Honor is that there is a ton that is being thrown at the user and players are going to have to invest a lot of time to really get the most out of the game.  Players who don't invest the time to learn all of the complexities of it are going to have a hard time at first and I'm hoping that the community around the game provides decent support for new players.

I came away from the For Honor event with a pretty good feeling and I'm interested to see how it plays out in the open where gamers figure out all of the systems and how to optimize/take advantage of them.  I was honestly shocked at the depth it displayed and I think gamers are really going to dig For Honor if they can figure everything out.