Microsoft appeared to have an ace in the hole with exclusive rights to Titanfall for the Xbox One. The game was supposed to be the next step for the shooter genre; it had all of the potential in the world. While the final result that launched with Microsoft’s system was an enjoyable and overall decent game, it was far from the experience fans had hoped for. The game lacked a solo experience and the multiplayer portion of the game wasn't anywhere near as expansive as other shooters on the market. Nearly three years later, the franchise is back for it’s second entry and this time around, they are spreading the love beyond the Microsoft platform(s). Titanfall 2 has gone multi-platform and in the process of doing so, has become a bigger and better experience than it’s predecessor. This is the game that many of us were hoping for with the first release.

While the storyline that plays out in Titanfall 2's campaign isn't one that will go down as one of gaming's epic tales, it serves it's purpose well in fleshing out the Titanfall universe and teaching players the basics of the game. You are rifleman Jack Cooper, a standard "grunt" in the Frontier Militia that is fighting for control of a grouping of planets known as The Frontier. Cooper longs to be promoted to a Titan pilot and fight on the front lines of the war. He gets his chance sooner than he ever expected when his is given the reigns to an Atlas Titan known as BT-7274 as it's current pilot falls on the battlefield.

The connection, trust, and link between a pilot and Titan is an important one; being a pilot goes far beyond simply being a good soldier. Both Jack and the player learn this as they make their way through the roughly five and a half hour campaign. The entire ordeal is action packed and plays out like a popcorn-action flick; it can be cheesy and at times incredibly corny, but it is a ton of fun. The focus is twofold, on the nonstop action and on the evolution of the relationship between Jack and BT, his mech. You get a variety of branching dialog options throughout the game, but they never impact the direction of the story. They just provide you with the opportunity to customize the experience a little more than you would normally.

The ins and outs of Titanfall 2's gameplay is taught to you throughout the tale. Your battles occur both in and out of the giant mech, and you can switch between the two at will. Abilities and tools are slowly rolled out to you over time, teaching you both the basics and advanced mechanics of gameplay both in and out of the mech. You have to learn to balance your gameplay between the two; some jobs are fit for a soldier on the ground while others. There are a lot of platforming elements throughout the game, so things like wall-running and double jumping are key in making your way around the battlefield. Once you are inside of your titan, then you have to learn how to make the most of your various weapon loadouts, which gives you tools for both ranged and close combat. 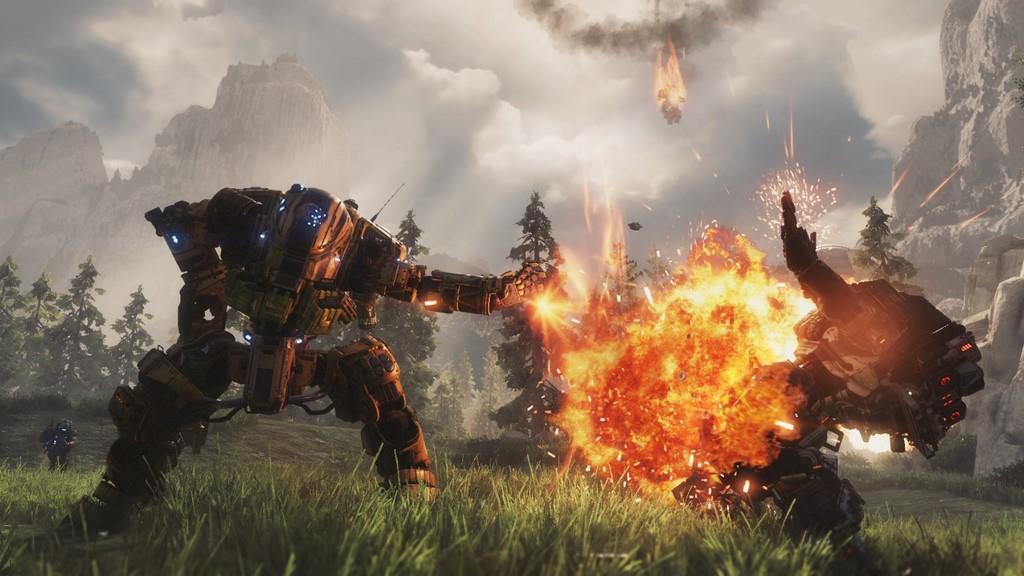 One of the things that the game does really well is balance the requirement of gameplay both in and out of the mech. While you can switch between them at will, although there are some sections of the campaign that require one or the other, you are trained to be efficient at both. The game never skews the experience one way or the other, and both play fantastically. The wall running, run and gun action feels fast and frantic, and the battle inside of the Titan machines feels hard hitting and strategic. Respawn has found a way to blend the two perfectly, which other mech games have struggled to do.

As with most shooters nowadays, it is clear from the outset that the focus of Titanfall 2 is on the multiplayer portion of the game. While the campaign is a lot of fun, this online component is where the game shines. I have no problem calling this the most enjoyable multiplayer game that I have experienced in a long, long time. That comes hot on the heels of me reviewing a couple of this year's most prominent multiplayer games. The gameplay does change a bit when you shift into the multiplayer realm.

While you can’t swap your Titan loadouts at will like you do during the campaign, you get to equip different Titan classes to your preferred loadouts. Each one has their own lineup of weapons and support abilities, which you will pick based on the style of game you like to play. This has to be done between spawns, like a traditional class-based shooter. It still feels great though, as this encourages players to focus on paying a role on their team in the team based modes. 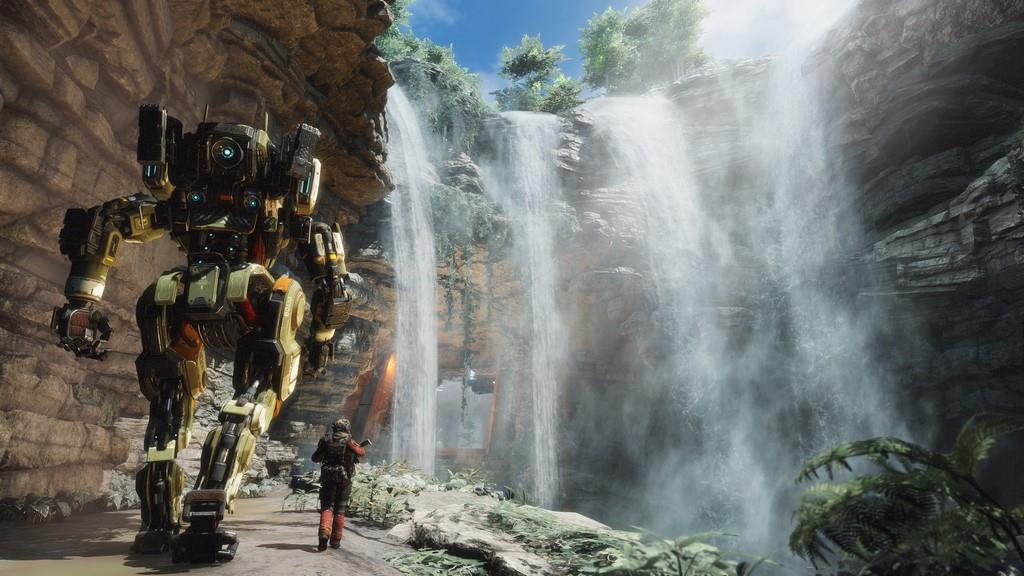 Multiplayer offers everything that fans expect from the modern era of shooters. You have deep, class-based gameplay wrapped around a detailed progression and reward system. You can customize a variety of loadouts for fast-selection between matches and rounds, as well as earn new weapons and abilities over time. You always feel like you are making progress towards something, which really drives you to come back again and again. Something always seems to be unlocking after a match, be it new weapons, skins, icons, or support abilities. While all of this is happening, the action remains as fact-paced and hectic as it is during the story, which adds an element of fun that many modern shooters lack. This truly feels a bit like a classic shooter such as Quake or DOOM.

The cooperative gameplay that often evolves between the two really sets Titanfall a part from the rest of the genre in terms of multiplayer. Rodeoing is an aspect of multiplayer that you don’t experience in other games. While there are a few modes available that limit you to either all-mech and all-soldier gameplay, most of them include both. In these modes, gameplay flows both in and out of the titans in a ridiculously smooth manner. The battlefield is filled with both gigantic mechs and foot soldiers at any given time. Despite the obvious power differences between the two, they each serve an important role on the battlefield. Players who have yet to earn their titan and call in the now-iconic “Titanfall” (when your Titan is dropped into the middle of battle, which can often take out enemies when done strategically), have the ability to “rodeo” the mechs around them. When it is done to someone on your team, you simply hang on for a ride and add support fire from your hanging position. However, when you manage to mount an enemy, you can remove their power cores, which depletes their health, and transfer them to your teammates, replenishing theirs. Once again, there is a perfect balance found between the gameplay in and out of the titan, and each one enhances the other. 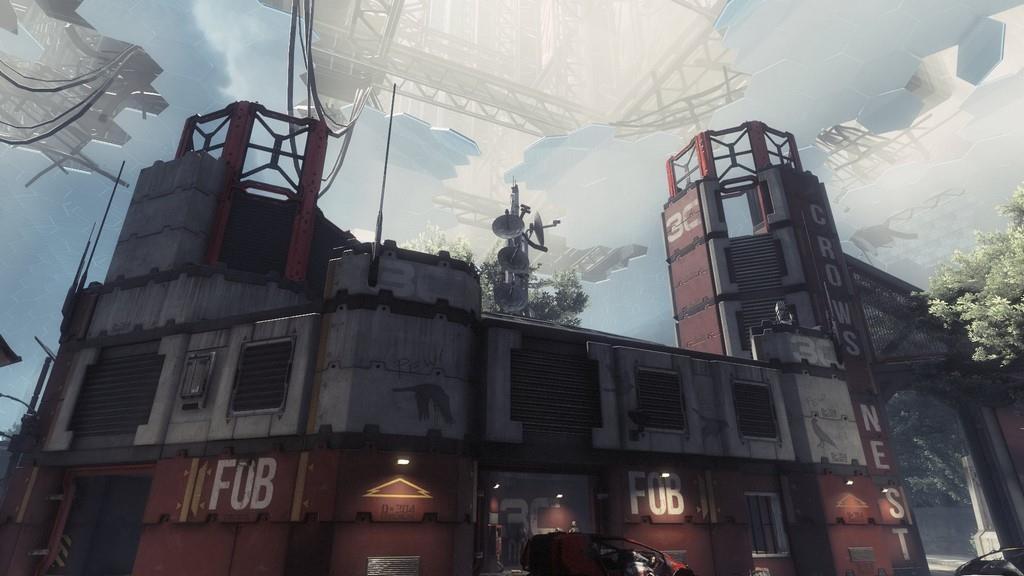 There are a variety of modes available, including both team and solo games with various objective match types. All of the standard gametypes you would expect are accounted for, such as deatchmatch, CTF, and domination. Another offering is called Bounty, which happens to have become my favorite matchtype. This mode is team based, with literal bounties being placed on players heads as well as NPC enemies that are spawned during the game. Following the conclusion of each “wave”, marked points on the map open up virtual banks which players much race towards and deposit all of their earnings on behalf of their team. The catch is that when you die, whatever money you have on hand that has not been banked is reduced by 50%. It’s insanely competitive and a ton of fun.

Titanfall 2 is everything that gamers want and expect in a sequel. It is bigger, better, and more refined in every aspect when compared to the original. Respawn has obviously listened to all of the various criticism and comments that players made about the first game and taken it all to heart. It is clear that their goal here was to make a better game than they did before and they certainly succeeded at doing that. Add in the immeasurable fun-factor that the game has and you have one of the most enjoyable shooters that I have ever played. Titanfall 2 is the shooter for you if you enjoy fast, frantic, and most importantly, fun action.

Titanfall 2 succeeds in being both accessible and fun, which is a nice change of pace in the modern era of shooters. It isn't the most complicated of shooters, nor is it the most refined. However, it very well may be the most fun, which is the most important thing to a gamer.