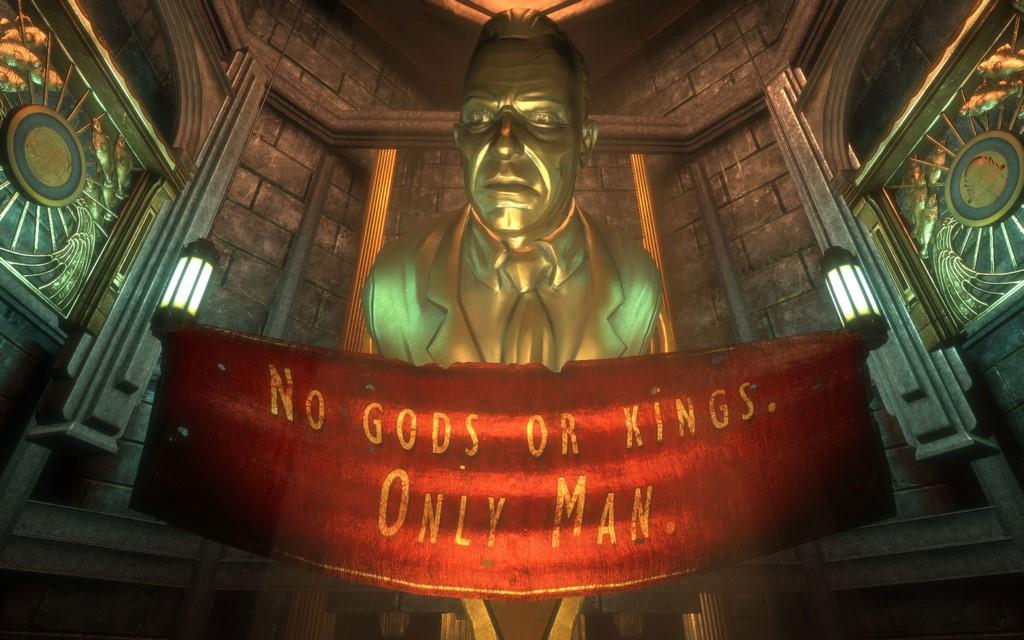 While there are a lot of gaming experiences that gamers would classify as enjoyable or great, very few make a mark that sticks with them for gaming-generations. I am talking about games that you harken back to when judging other games that you play. For me, the BioShock series as a whole happens to fall into the category. I was blown away by each of the three games and, at least to me, they are a glowing example of just how engulfing a video game world can be. The series as a whole has become a personal measuring stick for me when I look at story, character development, and worlds as a whole in other video games.

Now, thankfully, all three of the games are back and available for modern systems. The BioShock Collection brings together each of 2K’s classics for a whole new generation of gamers to experience. I know that many people are tired of seeing these “updated” versions of games being released; honestly, I am too. However, there are some games that are welcome additions to any console generation, even if it they are as recent as the last one. BioShock 1, 2 and Infinite are definitely in that category.

It would be tedious of me to spend the time re-covering the grounds that we have already covered dissecting each of each of these games as we did in their respective reviews. I am not going to do that here; you can check out the individual reviews of each game in the series that were done upon their individual launches by Tyler Sager, Charles Husemann, and John Yan. The experience and story in these games hasn’t changed at all and remains as amazing as ever. All three provide amazingly deep and twisted tales that will completely engulf your from start to finish. I do recommend that you play them in order if you are new to them as the chronology of them plays a big role in the overall experience. While that may seem like an obvious concept, I think it may be more important with these games than any other collection of titles.

Just know that with the BioShock franchise, you are looking at more than just a run-of-the-mill FPS. These games are the definition of a story-driven experience. There is heavy dialog throughout these games. It is also important that you take the time to explore the world around you in each of them. Doing so is actually extremely important to the Bioshock experience as the world that was build within these games is actually what truly defines their individual experiences. Walking around and taking in the sights around both Rapture and Columbia is every bit as important as what happens between the characters in the tales.

One thing that is important to note is the the title of this package is “BioShock Collection”, not BioShock Remastered”. That means that the improvements to the experience are pretty much minimal, at best. All three games have had resolution and frame rate bumps which takes them to a full 1080P and 60 frames per second. While this goes a long way to enhance the appearance of things the improvement isn’t anywhere near what is seen when a game is rebuilt from scratch. The first two games in particular happen to benefit from this more than any; the textures and the lighting effects in the underwater world of Rapture look much better with these new specs. Seeing how the neon lights around the tunnels and districts in Andrew Ryan’s dream city interact with the dark wetness of the depths of the ocean is definitely a spectacle. BioShock Infinite also has some noticeable improvement, but nowhere near as good as the first two. 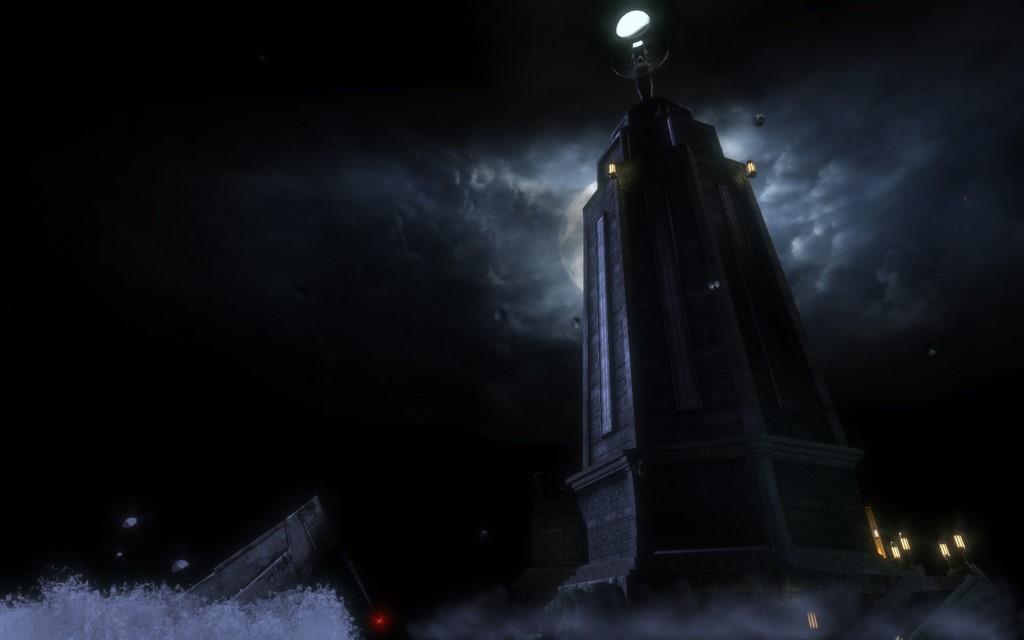 The art design of the BioShock world(s) goes a long way to help with the immersion. There isn’t much that could have been done to improve things rather than to smooth out the textures and soften some of the rough edges. It was a beautiful world a decade ago and remains one today. Even straight ports of the original game(s) would have looked good, even by today’s standards. Sound is every bit as important too, just as it was in the original releases. Hearing the voices in the distance, echoing through the underwater halls or listening to vintage music crackling through the speakers of antique radios really sucks you into the world. All three games sound fantastic and you should definitely experience them with a quality surround sound system, be it with quality headphones or a full-room setup.

Since these games haven’t been rebuilt, that means that some of the issues that existed in their original forms are still prevalent with the Collection. The controls do feel a bit strange at first given that it varies a little from the modern “default shooter controls”, but you will get used to it quickly. The first BioShock also seems to have a nasty habit of crashing on occasion and freezing up during some scene transitions. I also noticed occasional moments of slowdown during some of the larger-scale battles in Infinite, as even the modern consoles seemed to occasionally struggle to keep up with everything that was happening on screen. While these were notable occurrences, they never happened enough to ruin the experience(s). It just happens to speak to the fact that these are primarily the exact same games we had during the last console generation in both good and bad ways. 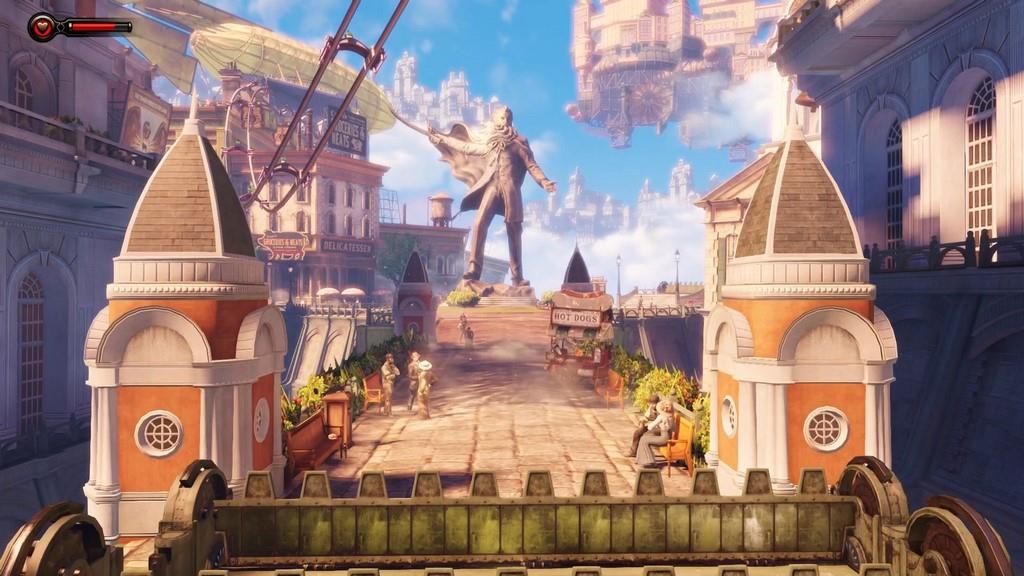 There has actually been very little added to these games for the sake of the Collection. While the various DLC packs have been included, we have in fact lost content in the transition to the PS4. The multiplayer modes that were included in the second game have been removedfor the collection. This is a shame as it was quite enjoyable, even if it wasn’t as robust as other shooters on the market. There are options for director’s commentary, which has to be unlocked in the first game, which is definitely welcome with all three titles. Considering how engaging these worlds are, it is really interesting to hear the thoughts and processes that the creators went through in putting it all together. Die hard fans of the franchise will definitely want to check these out, even with the extra work required to access them (multiple play-throughs).

If you have never experienced the Bioshock franchise, you are certainly missing out. The franchise as a whole is one that I feel all gamers should experience. Since they have been brought to the current generation, despite having very little improvement, this is the perfect opportunity for you to dive in. The world of BioShock is one of the most fascinating and engaging worlds that has ever been witnessed in video games. To say that they hold up is an understatement, all three remain just as memorable on modern consoles are they were on the PS3 and Xbox 360.

Despite there being no real improvements or enhancements to any of these games, it is hard to deny the quality of these three games. The BioShock franchise consists of three of the best games we have seen in the past decade and these are the best versions you can get of them. There isn't much in new content but the base content of this collection alone is an incredible value.