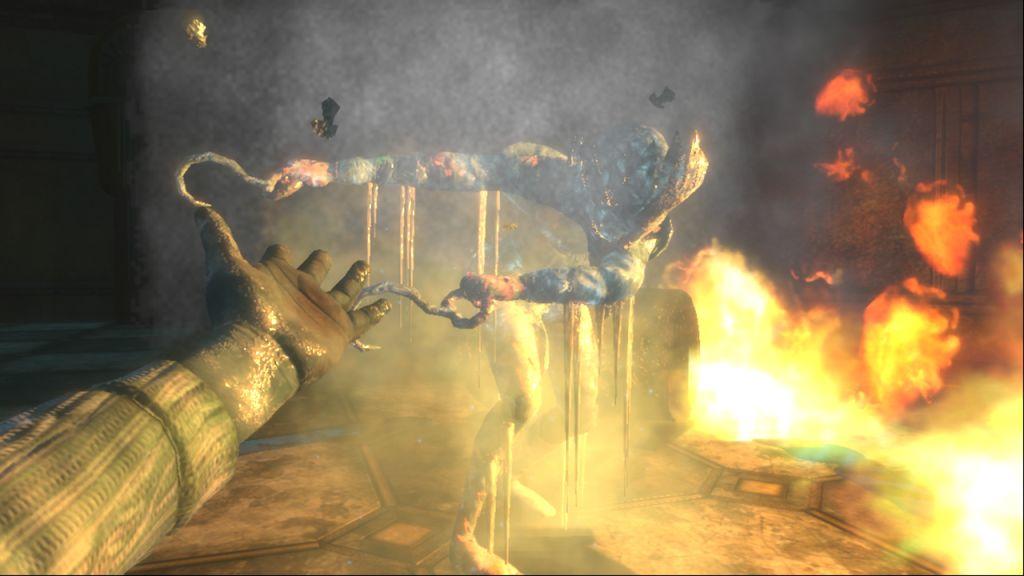 Written by Tyler Sager on 11/7/2008 for PS3
More On: BioShock
One assumes that if readers find their way to this review, they already know just about everything there is to know about last year’s phenomenal FPS Bioshock. PC and Xbox360 owners already had oodles of time to spend in the delightfully immersive underwater city of Rapture, complete with its creepy, genetically mutated denizens and spooky little girls. Thankfully, the PS3 crowd now gets to experience one of the best action/shooter games to hit the shelves in quite a while, and they’re in for a treat.

Without giving away too much of the story, Bioshock starts with a literal bang. Our Hero begins soon after a plane crash off a tiny island, and finds his way to the crumbling, waterlogged city of Rapture. Once a utopia for intellectual elites, something has gone dreadfully wrong in the city. Most of the citizens have succumbed to an addiction to the genetic modifications of substances called ADAM and EVE, whose side effects include psychotic behavior and general mental breakdown. Our Hero spends much of his time simply trying to survive, often guided through radio transmissions from various characters in Rapture’s society. Add to the mix some seriously scary (and iconic) Little Sisters and their hulking Big Daddy chaperones, and you’ve got some genuine creep-out moments on your hands. The story unfolds through ghostly images, recorded messages, and the aforementioned helpful (or harmful) transmissions. I won’t go into any more of the story, since it’s such a joy to experience first-hand. Do yourself a favor and avoid any hints or faqs until you’ve given this one a complete play-through.

In addition to a decent array of conventional weaponry, players also gain access to their own ADAM-powered arsenal of goodies. These “plasmids” range from impressive blasts of electricity, fire, or cold, to utilitarian telekinetic abilities, and even more passive bonuses. As the game progresses, players gain a very nice selection of plasmids, allowing them to customize their character as the need or desire dictates. My first playthrough on the PC was fairly straightforward, going the typical guns-a-blazin’ route with some nice hacking bonuses thrown in. This time around, I completely switched things up, deciding to get a bit more sneaky and hands-on, doing most of my carnage through a generous application of my trusty ol’ wrench. Bioshock can be played several different ways, and there’s a lot of joy in finding subtle uses for the more obsure-seeming plasmids.

Bioshock looks great on the PS3, and in fact was handled much better than on my (admittedly aging) PC. Rapture just drips atmosphere (often literally), looking exactly like a Dream of Tomorrow turned into some horrible nightmare. The sound is also spot-on, with wonderful voice-acting, great effects, and a well-timed use of music. The pacing is perfect—Bioshock has the most “moments” of any title in my recent memory. The controls are probably my only quibble with Bioshock, and this is mostly a personal preference. This is the first FPS I’ve ever played on a console, so I miss the mouse-and-keyboard fine control. I’m sure those with console FPS experience won’t have any problems, and I did quickly become proficient with the control scheme, but I always found myself wishing for just a little more accuracy.

So what’s here to recommend Bioshock on the PS3 to those who have already played the game? Admittedly, not much. As far as I could tell, this version is almost exactly the same as last year’s title, word for word and scene for scene. Which is a great thing for those who have yet to experience the game, certainly. But it’s a hard-sell just to see the title on another platform. For those with truly masochistic tendencies, there is an additional difficulty level, which may be enough to give this version a look. This setting is rough. Health and EVE boosters are few and far between, ammunition is scarce and the enemies (especially the Big Daddies) are positively brutal. Players need to find new uses for those plasmids to conserve EVE and bullets, and veterans will find themselves resorting to some creative new tactics. 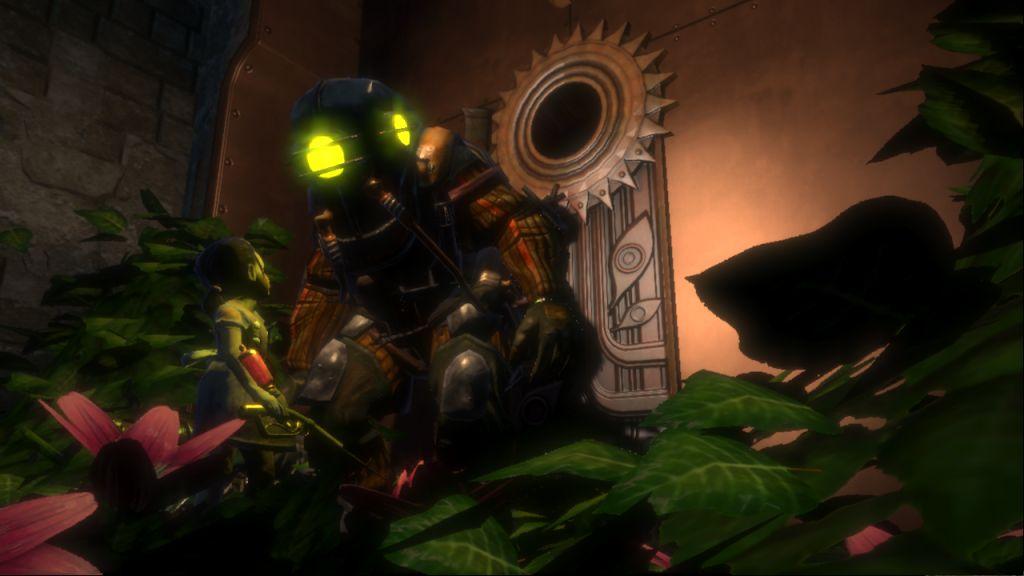 Should you play Bioshock? If you have any interest at all in shooters, action titles, quasi-RPGs, or some good creepy fun, then the answer is a resounding “yes”. For those who have yet to try this fantastic title, there’s almost no excuse now that it’s hit the PS3.
Last year’s spectacular action/shooter/RPG-lite finally makes its way to the PS3. If you haven’t already tried this on a different platform, do yourself a favor and pick it up.