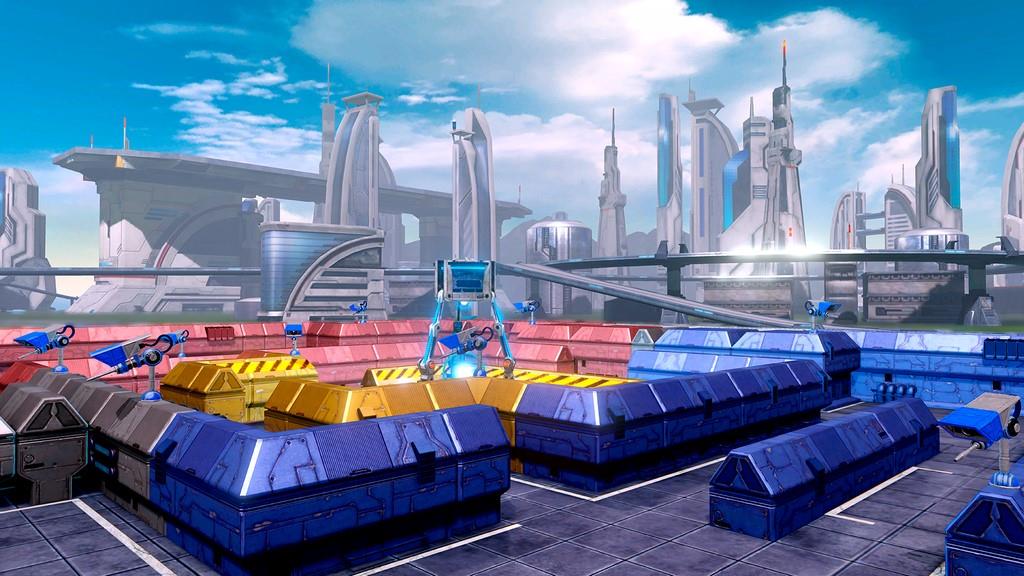 The best types of games are those that come out of nowhere. Those games that have little or no hype behind them and  end up being certified hits. Games where the player have little or no expectations or preconceived opinions on the game. Some that come to mind over the last couple of years are Shadow of Mordor and Metro 2033. We can officially add Star Fox Guard to that list.

Previously revealed to the world as Project Guard back in 2014, Star Fox Guard is a game that the world has only known about for a little over a month. It wasn’t until a Nintendo Direct presentation last month that it was revealed that the game had been given a full, Star Fox makeover. Now it is being bundled with the initial shipments of Star Fox Zero and to be honest, it might prove to be the better game in the package.

Tying the game into the Star Fox universe hasn’t changed things at all from what was already shown off about the game. The gameplay and general premise remain almost exactly the same. You’re playing the role of a security guard of sorts, for Grippy Toad. Grippy, who happens to be Star Fox Team member Slippy Toad’s uncle, is a scrapper in the Lylat system. He travels from planet to planet, gathering rare materials and metals. The problem is, he isn’t the only one who wants to get his hands on these resources. This makes Grippy a target for the criminals of the universe, including Andross’s forces and various space pirates.

In order to fend off the low-lives that are after Grippy’s scraps, his nephew Slippy has constructed a special security system that monitors his scrapyards. This is where you come into play. The security system consists of a network of 12 cameras that just happen to be equipped with laser rifles. From your control room, you can monitor the feeds of all 12 cameras and activate them, as needed, one at a time and take full control over their movement and their firepower. Once the introductions have all been made and the premise is laid out by the game, things pretty much move back to being Project Guard. The Star Fox references are loaded heavily on the front end of the experience, which is unfortunate given the breadth of characters and personality that fills it’s universe.

You will be using the Wii U gamepad as well as your television. The gamepad functions as a map of sorts, showing you the layout of your base and the positions of all of your cameras. Your television screen is broken up into 13 different “screens”. There are 12 smaller screens, each numbered, that form a border around the outside edge, acting as feeds from each of your individual cameras. The 13th screen takes up the center and is your active camera and “gameplay” area. Selecting a camera gives you the ability to move it around in any and every direction as well as fire the laser that is attached. Your job is to monitor the 12 camera feeds for approaching enemies, switch to the necessary camera when they are detected and take them out before they make their way to the center of your base.

Before each round begins, you have time to set up your cameras to your liking and prepare for the pending invasion. Using the touchscreen on the Wii U gamepad you can move the cameras around and mount them pretty much anywhere you want in your base. The default camera setups for each stage do a good job of covering all of you entrances and vulnerable spots, but as you learn the enemy patterns and strategies, you will find that some areas will require more attention than others. Repositioning them is as simple as dragging and dropping them with the stylus, but you will want to pay attention and try to keep them in something close to numeric order. When things get intense, you don’t want to have to search for camera 5 because it is nowhere close to 3, 4 or 6. 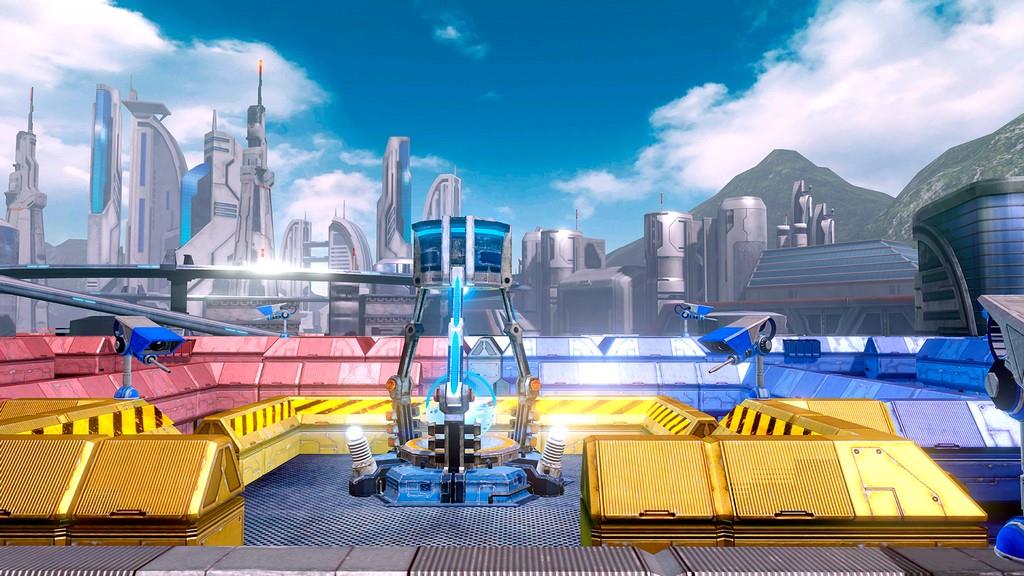 This is a very simple and effective premise that works extremely well. That action begins at a slow and manageable pace but will quickly elevate to a crazy and hectic pace. Things get very difficult, very quickly. The enemies will evolve over time and eventually make attempts to disable your cameras and cripple your defenses. When cameras go down, your only hope is that you have another camera in the general vicinity that you can activate and and use to prevent the enemy robots from reaching your base’s core. All that it takes is one enemy reaching and damaging your core to trigger the “FAILED” screen.

There are roughly a hundred levels to work through in the game. Each grouping of levels is set on a different planet and are unlocked as you progress through them. There are main missions on each planet as well as secondary and special missions that you can unlock by meeting certain conditions, such as having a perfect round. All of these locales are scattered all across the Star Fox (Lylat) universe and will mimic the backdrops of the the missions you will experience in Star Fox Zero. As you progress and successfully defend the different levels, you are rewarded with scrap metals that you can use to enhance and improve your cameras and weapons. If those missions aren’t enough to keep you busy, you can even design and create your own to share with your friends. You get to choose a base layout and the order / pacing of the enemy raids. It is an extremely simple process that goes an incredibly long way at creating nearly endless replay value for the game. 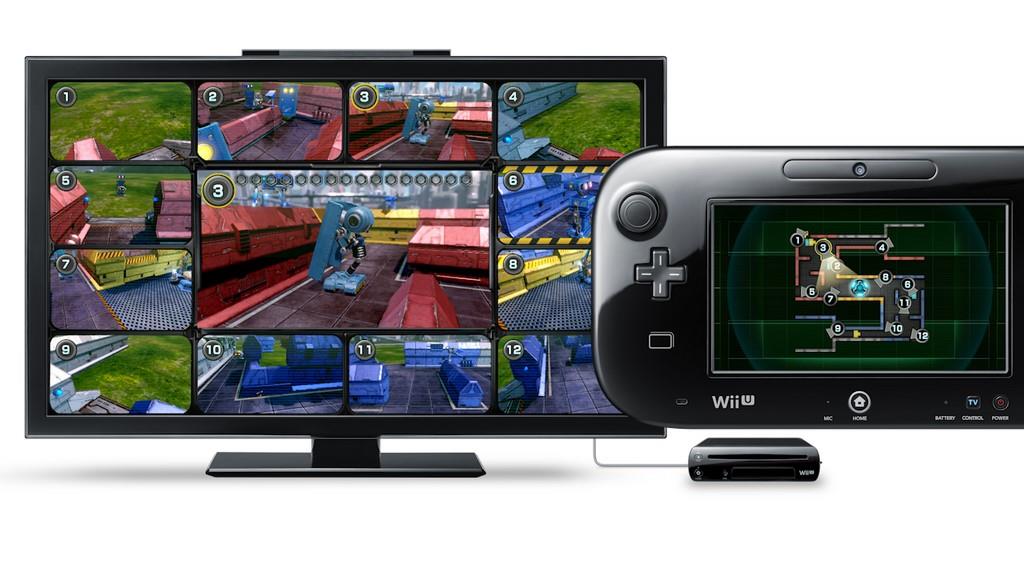 There are only two big complaints that I have personally with the game. The first is that the Star Fox references aren’t anywhere as deep as I think that they could have been. There is tons of opportunity within that franchise’s universe and lore to offer a lot deeper story and experience beyond the general gameplay. Not digging deeper is really shorting the experience out on some serious depth that is right at the hands of the developers.

The other problem is that some players may find is that the game can get difficult quickly. As I mentioned earlier, things start off at a nice slow pace but ramp up pretty quickly. It is very easy to find yourself completely obliterating a level without any issues, only to find yourself completely overwhelmed on the next. This is where the game’s upgrade and enhancement system comes into play and thankfully the game does a good job at promoting the ability to replay missions and unlock side missions for extra materials.

Despite these two concerns, I found Star Fox Guard to be an incredibly pleasant surprise. It is really a great idea that is well executed, making some of the best use of the Wii U gamepad that I have seen. It’s a simple concept and something that I am surprised that we haven’t seen sooner. There is a lot of room for depth and improvement in terms of the story and lore, but when you re in the thick of things, you won’t be worry about that. Don’t be surprised if you find yourself sinking more time into this than you do Star Fox Zero.

Star Fox Guard is really a pleasant surprise. It’s a simple concept that is well executed and makes perfect use of the Wii U’s unique control options. Hundreds of levels and the ability to create and share your own give this one some serious legs.