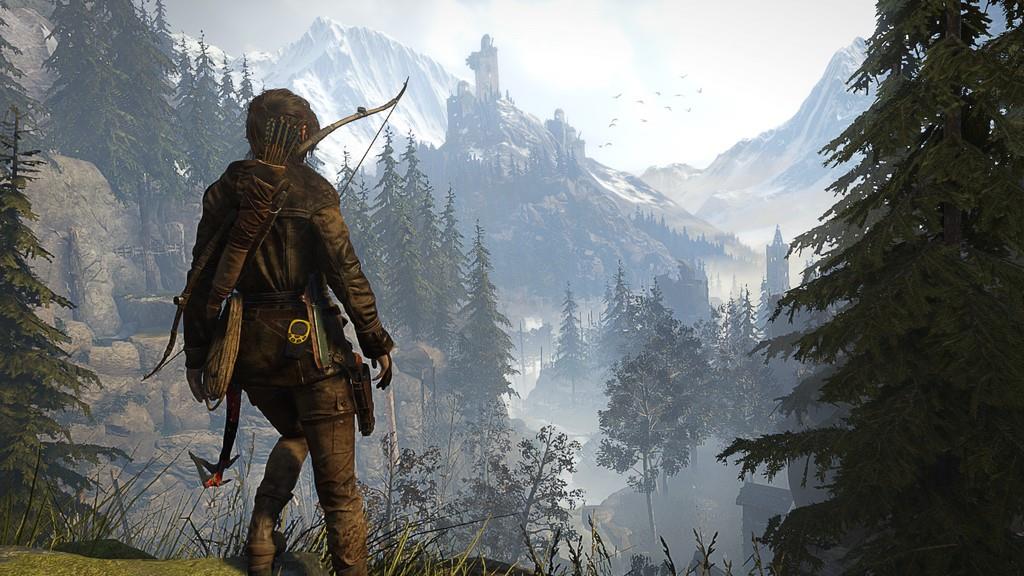 Rise of the Tomb Raider

Almost three years ago, I visited with Crystal Dynamics, the developer behind the reboot of the Tomb Raider series at CES in Las Vegas. I had always been a fan of the series, but felt that it had run its course. Lara Croft was a staple of the industry, a legendary character, and I felt that her story may have been told as best as it could. Instead, I left that appointment feeling rejuvenated by the opportunity to see Lara Croft in a new way: A younger, inexperienced adventurer just learning how to survive. The result was a fantastic game that stayed true to the series, yet showed Lara in a completely new light. Now, Crystal Dynamics are on the second chapter of their reboot, and Rise of the Tomb Raider is just as good, if not better, than the first chapter.

The same thing that made Tomb Raider great is what makes Rise of the Tomb Raider great, and that's enjoyable gameplay. The controls from the reboot are unchanged, save for a couple of additions. Weapons, movement, climbing, and interacting have gone through no update, though the game will still give some indication of what to do if you're lost and need some help in the form of survival instincts. These hints can be very subtle, though they sometimes give away too much and make an optional tomb less challenging. This only tends to happen when survival instincts are activated by the player (Pressing in the right analog will trigger this) so that's a fair warning to anyone who wants to try and keep this game as challenging as possible. A few added moves have been added in, such as climbing trees and hopping on branches to get better vantage points or to gain access to new areas. This will all become pretty apparent after going through the prologue/tutorial portion of the game that sets the scene.

Stealth has become a big part of the series now as Lara is expected to try and dispatch enemies as silently as possible. Doing so will nets great experience boosts, so when entering new areas, it is highly recommended to use every last item and surrounding to your advantage. Early on, it's quite easy as Lara has plenty of options such as large flower beds, obstacles, crates, and so on. I found myself exclusively using Lara's compound bow as much as possible just to earn the maximum amount of experience points, mainly because it's easy to upgrade and makes zero noise. There's something gratifying about hiding in wait, watching an enemy simply walk by and then pop out and drill them with an arrow behind the ear. While Lara was trying to survive on the island, this game really pushes her to be more on the offensive, and I loved that.

The surroundings of the game are beautiful. While the game's opening sequences are in the mountains, the game truly gets rolling in Syria where Lara is after a relic in an ancient tomb and lost city. Even in a desert, this game looks gorgeous. Some of the clipping issues I experienced from the first game have been cleaned up beautifully and even the water looks more natural and realistic. You're not in Syria long, though, as the game will transition back to a snowy world, though I'll refrain from saying where just so you can enjoy the story after the prologue on your own. In the snowy areas, the game goes deep enough with physics and movement in that Lara has to avoid deep snow as much as possible. Failure to do so will slow her down and cost her either precious seconds or even her life, depending on the situation. Don't fret, though, as in the areas I encountered the deep snow, it was more of a skill track as there were ramps that would allow Lara to jump over these spots and get to higher ground to keep pace. The ones I came across weren't terribly difficult, but were showing signs of becoming progressively harder. 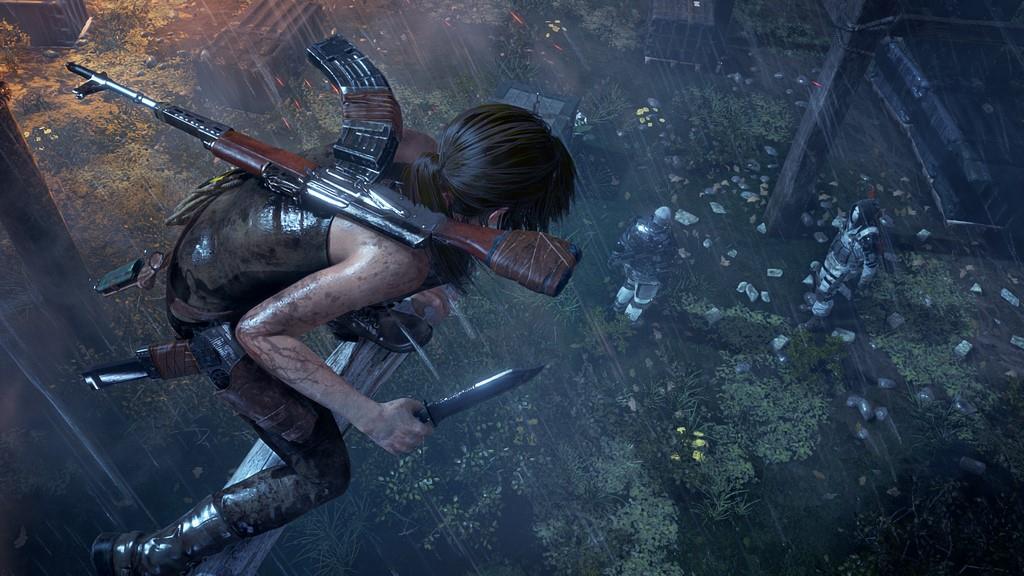 There are some issues that I came across, so while the gameplay is just as good as the predecessor in the series, it isn't perfect. When exploring the first optional tomb, which was not easy to figure out, I somehow managed to glitch Lara into a solid wall of ice that she could not escape from without me essentially mashing the buttons and just having her randomly jump out of a spot that didn't exist. I'm not entirely sure how I pulled off getting stuck in the first place as all I was trying to do was climb down from a high ledge, but trying to climb down simply by jumping down and hanging has not worked well for me in most cases. Usually Lara would just jump down and refuse to grab where I was aiming for, but twice I managed to glitch her into a wall. This was over 15 hours of gameplay, but it was still quite annoying because if I couldn't get her out of the spot, it meant losing a lot of progress if I had to reset.

The A.I. was very hit and miss for me. Early on, the enemies are simple enough to take on and respond accordingly. When in stealth, they will not discover Lara unless they walk directly into her. So, for example, there's a section where a flower bed can be hidden in, but it can also be walked through to a simple area. If Lara doesn't act, she gets discovered and things kick into high gear, coupled with a raise in the volume of just about everything. Enemies behind the initial one who discovered Lara will go into cover and try to take her out. This is when the A.I. is good and reacts reasonably.

However, there are times when the A.I. is truly baffling. In a somewhat early encounter with multiple enemies, I used a bottle to distract most of the guards (You can grab various items and toss them away from Lara to cause a distraction) and was left with one just nearby. Popping up out of stealth resulted in a stealth kill, but one of the guards witnessed it go down. The guards decided that, instead of just opening fire on the flower area, decided to simply charge Lara one at a time. This allowed me to have Lara melee kill and strangle them while the others who had charged in simply watched. The strangle kill is basically a cinematic that can't be interrupted as Lara takes her bow and catches the enemy around the neck. I could basically rinse and repeat this action with no repercussions as the A.I. basically stood there and waited for me to kill every last one of them. This didn't happen often, thankfully, but enough where it was a tad disappointing. 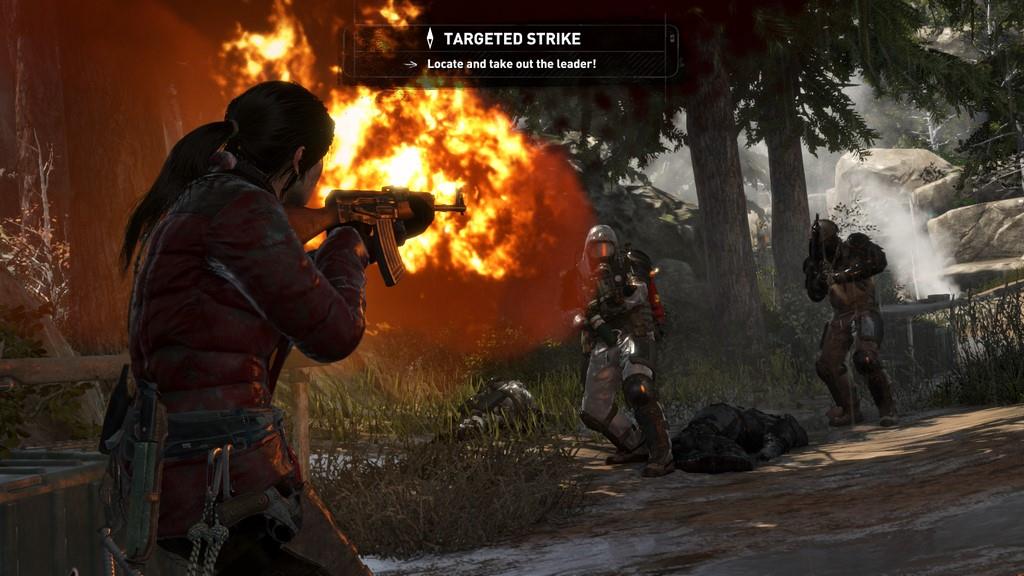 One of the more overlooked parts of Tomb Raider, I felt, was all the extra stuff to collect. There were the different challenges that were area-specific as well as the GPS caches and secrets to collect. Those make a return to this title as well as optional missions from various NPCs. These will vary in difficulty and resulting reward and, while it makes sense to do all of them, sometimes it's easy to get hung up on them because it will pull you away from the main mission and almost make you forget about the primary story altogether. Couple that with plenty of challenge tombs and there's so much to unlock and keep the game fresh.

To wrap it all up, Rise of the Tomb Raider has plenty to offer fans of the series. Lara has matured a bit from the first title in this rebooted series, but she's still the character we remember from the island. There's a renewed focus on utilizing stealth and surroundings in order to succeed to the best of your ability and plenty of side missions and extra tombs to raise the difficulty bar. Some A.I. issues bring the game down a bit at random times, but it doesn't change the fact that this game is quite deep and provides just as fun of a challenge as Tomb Raider.

With beautiful surroundings, a renewed focus on stealth and use of surroundings, and a fantastic story that will grip you, Lara Croft's latest chapter in the reboot will keep you entertained for hours upon hours and only make you want to keep trying to unlock every last secret.