The new NBA season is upon us so that means a new NBA 2K game from the folks at 2K Sports. The NBA 2K series has been one of my favorites and this year’s version does improve upon an already great game in NBA 2K15. So let’s see how they’ve given basketball fans a great basketball game in NBA 2K16

Let’s start with graphics. NBA 2K16 isn’t a quantum leap over the previous game, but it does improve upon last year’s visuals adding things like dynamic perspiration, increased amount of animations, and differentiations between teams. Teams look differently now with players doing more diverse motions. Signature moves are more visible, thanks in part to scanning an entire body of an athlete, rather than just the face this time around. If you follow a star player closely, you’ll no doubt see some of the familiar mannerisms and moves translated to the digital form accurately in NBA 2K16.

Besides players being more lively, the crowd in the stadium seem to have more life as well. One of the things that we’re seeing more and more in this generation of sports games is a more realistic crowd and NBA 2K16 does a great job at breathing life into the arenas. It was hard to see fan models be repeated and there was enough variation in their actions to make it seem like a real live crowd watching the game.

Last year, only Shaquille O’Neal and Ernie Johnson provided the halftime, pre, and post game analysis. Kenny Smith from the great NBA on TNT show joins the duo and is a nice addition to the game. I always enjoy the chemistry and interaction between the three so I was very happy when a digital Kenny came on and had his verbal spat with the two. Kevin Harlan, Clark Kellogg, and newcomer Greg Anthony call the live game. For the most part, the trio does a good job keeping up with the action and has some great reactions. They don’t seem to repeat their dialogue and their analysis adds to the atmosphere of the game.

From the opening tip off with player introductions to the end of the game where the standout baller gets recognition, NBA 2K16’s on the court product is top notch. The game will even update as the season goes along with new assets that will make the game look closer to the real thing.  If there’s one thing that NBA 2K16 does well, it’s to make the game look and feel like a real basketball game. 2K Sports improves upon an already great looking basketball game in last year’s version with the above additions and more to 2K16.

The gameplay is still as solid as ever with some new additions. You can now do specific passes at anytime, such as a bounce pass or a lob. Post play is a lot more dynamic and feels a lot more natural. It also helps that the AI is a lot smarter in moving, positioning, and making plays. There’s no better basketball game out there that mimics the real life movement of a basketball game as good as NBA 2K16 does right now. 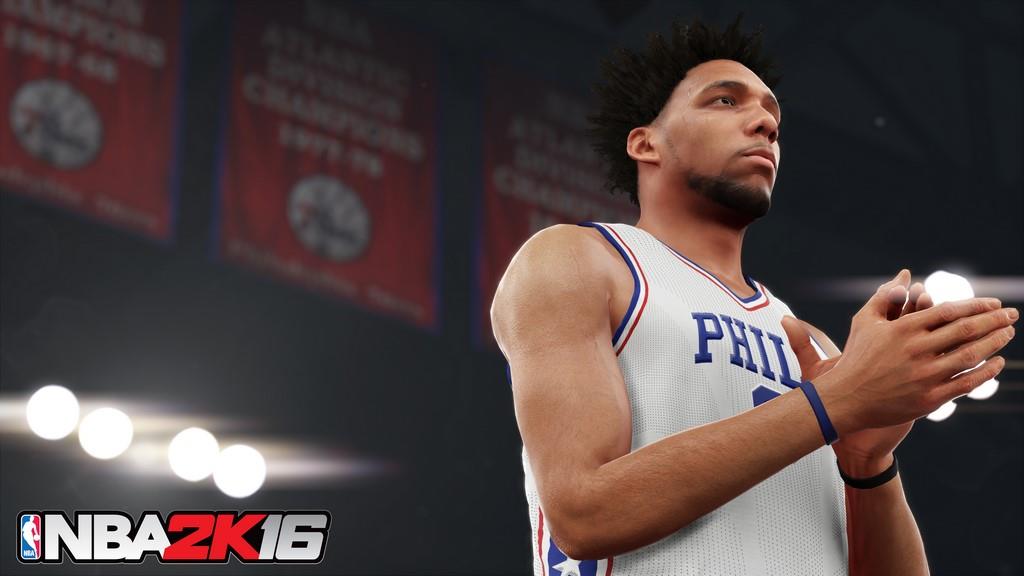 One of the things I didn’t like about previous games was that you could run some money plays constantly and get pretty good results. Now, there are some go to plays in basketball, but it shouldn’t work the majority of the time. With NBA 2K16, they’ve changed that up a bit with what they call “Adaptive Coaching”. Just like the name suggests, the defense will now adapt to your style of play and start to make your go to plays harder and harder to pull off successfully. This helps change the game up a bit as you’re forced to adjust your game as you play making for a more dynamic experience.

2K also fixed a few issues from the past game, but there are still some that appear from time to time. Last year’s version had this annoying bug where a player would cover the shooting meter on a foul shot at one end. Thankfully, that’s now gone. As for bugs and what not with NBA 2K16, you’ll see various clipping issues that also plague past games. Rubber banding makes its appearance, but I didn’t see as much. And there will always be some aspect that happens way too frequently and this year it seems to be blocks.

There’s not much I didn’t like about NBA 2K16, but the Spike Lee produced Living Da’ Dream feature that is this year’s My Career mode. I really liked the ability in previous games that let you play as a single player with some career choices and didn’t do too much in terms of drama to get you there. But what Spike Lee has done with Living Da’ Dream is a very sub-par experience. 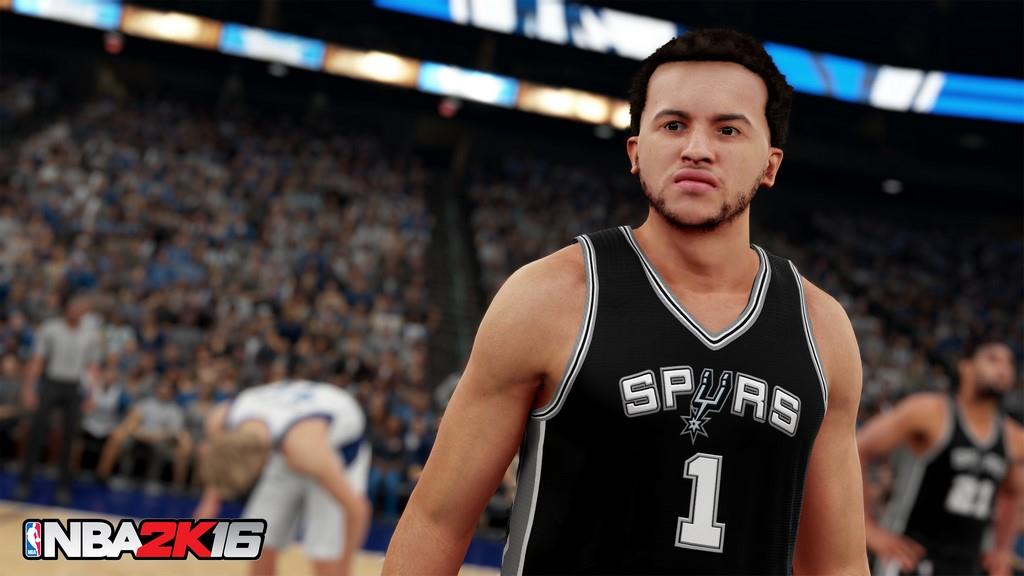 Spike Lee tries to add some drama to the situation and make your move to the NBA more of a story. The dialogue gets a bit corny and your choices are pretty limited early on. While the actors do a good job, I just never felt a connection with the main character. You do get to setup how the character looks including the ability to scan your face, which can have some hilarious results.

The story also seems a pretty inconsistent. You’re suppose to be this next great superstar prospect, but the path given to you seems more in tuned with a second round rookie hoping to make the team. The narrative has all these high profile colleges after you and talk of being a top 10 pick, but playing through Living Da’ Dream a few times, that never seems to be the case.

After the main story’s finished, that’s where the My Career mode gets back to more of what made it fun. You get to manage more than just your attributes of your player as you’ll get opportunities to expand on your brand. Brand seems to be a big thing for NBA superstar these days and the My Career mode does a good job in emulating that. Other aspects of the game can be tailored such as your court. It’s too bad you are forced to go through the story portion to get there. 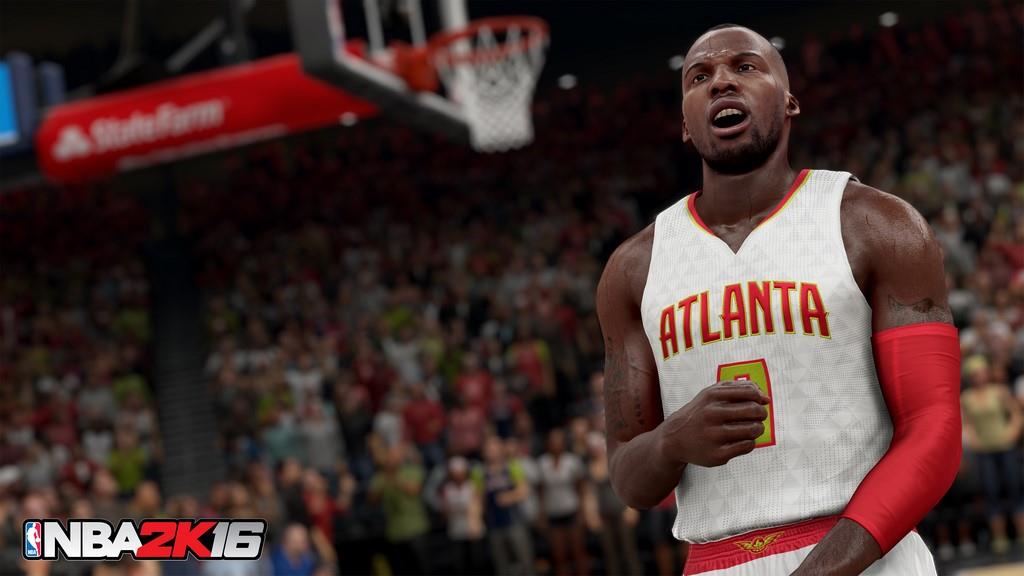 Now for those that love the league option, NBA 2K16’s league modes are a dream. You and up to 29 other friends can control a team from all aspects. Hire the coaches. Draft the players. Play the game. There’s even options to move your team to a new city along with generating new logos and branding. The game’s even smart enough to reorganize the divisions based on where you relocate the team. If you want to play with the current NBA roster make up on the day of the game, NBA 2K16 will do automatic updates to make sure you have the latest starting lineup and any trades made throughout the season. It’s a NBA stat and league nut’s dream and one that will offer a ton of replay value to the game.

Many other familiar modes make their return such as the Blacktop mode where you can choose a team of players to go against each other at an outdoor court. From one on one to five on five and any number in between, you have a choice of players from both the current roster and a whole host of past players on a select number of great teams. I have to say, it was a ton of fun making up a team of some of my favorite players from the past and pitting them against the stars of today.

Overall, NBA 2K16 improves upon an already fantastic game in last year’s NBA 2K15. The action is very close to a real NBA game and the graphics are top notch. Living Da’ Dream is a disappointment, but it’s fun after you get through the main story. And playing with others or doing leagues, NBA 2K16 really, really shines. 2K has done a fabulous job with this year’s version and it’s definitely my go to basketball game to play on the PC and console.

NBA 2K16 brings another year of championship quality basketball to the console and PC.