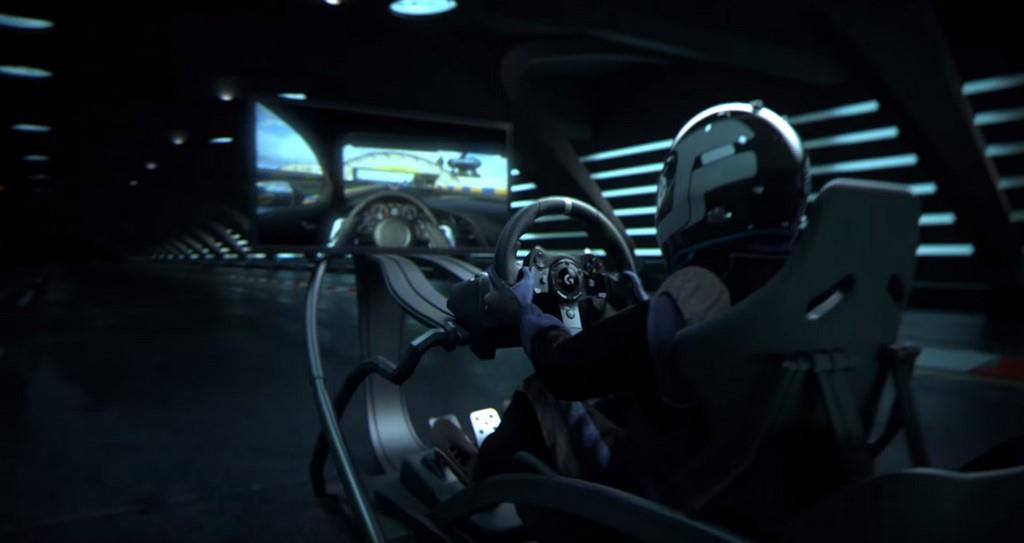 Racing simulators are simply not complete without having the total package in your living room. Playing any number of racing titles, such as Forza, Project Cars, Gran Turismo, and so on are simply not complete games until a player gets to experience a wheel shaking, spinning, and forcing precision turns on a quality wheel. Logitech, who has released successful racing wheels in the past, have one-upped themselves with the introduction of the G920 Racing Wheel and Driving Force Shifter.

As I mentioned in my Forza 6 review, half of the review was completed with this beautiful accessory. The pictures that I've taken don't really do it justice as it only shows off the aesthetics. Starting with the primary portion of the accessory, the steering wheel itself is extremely durable. Weighing in at just under five pounds, there isn't much concern with dropping this wheel by accident and having it break. I was actually surprised with how light it was because, upon first taking it out of the box, it certainly looked beefy. The wheel has both a USB and a power cable as the force feedback on the wheel requires an external power source. The USB cable is about ten feet long so there's some decent range to hook it up to a table or a specially designed rig, but a USB extension cable may be needed depending on your setup in your preferred room of gaming. The actual wheel itself feels great to use even without the shifter as it has two wings for up and down shifting behind the wheel itself. While I liked having that shifter for road courses, the wings were far and away easier to use. The D-pad and buttons are all embedded onto the interior portion of the wheel and are easily reached with the thumbs, though it can take a bit to get used to where you have to reach in between races to navigate menus. 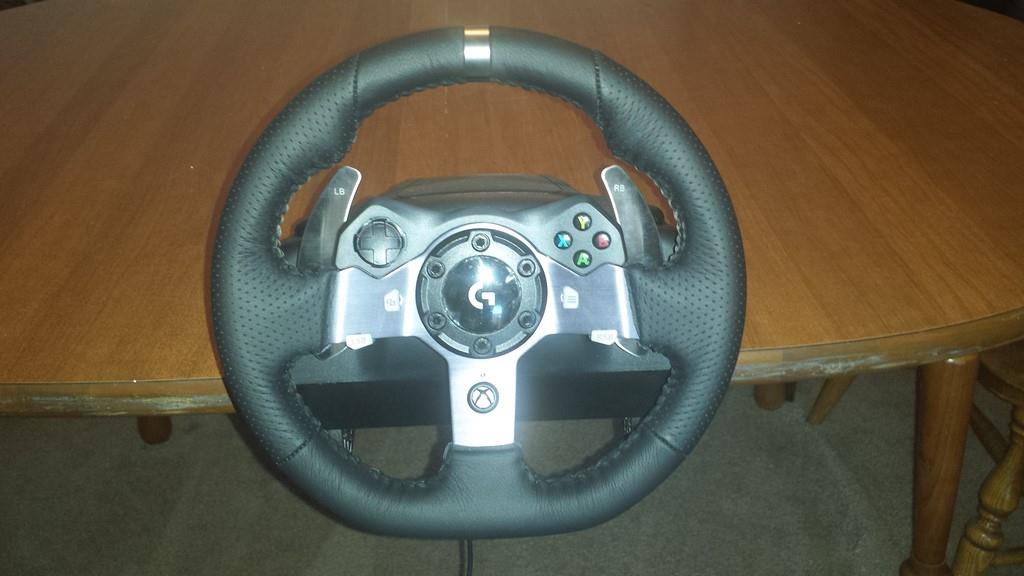 The pedal stand is probably the best constructed piece I've used with racing simulators not in an arcade or professional simulator. The pedals are very sturdy and have great give to them. A player will not have to really work to push on any of them, yet they aren't flimsy. I will admit that I don't think I used the clutch pedal once since I was using the wing shifters on the wheel. The absolute best part of the pedals is the patented carpet grip system. On the bottom of the pedal stand is a column that rotates with a locking mechanism. Pulling the lock allows the column to rotate into position and reveal a strip that is designed to take hold of carpet simply with very small spikes, allowing players to not have to worry about losing grip on the pedals due to sliding. Attention to detail is the name of the game, as always, and Logitech shows that they are thinking about the complete picture.

The wheel and pedals are self-calibrating and this will occur as soon as all connections are made together. It's important to make sure that the last thing that gets plugged in is the USB to the Xbox One or PC. Doing things out of order can mess up the calibration and cause some gameplay issues. I found this out the hard way when the wheel wasn't using the force feedback and would not respond to any turn I made early on with Forza. So long as the order is correct, the wheel and pedals take just a few seconds to get into the ready position. The wheel itself will spin back and forth both ways to show that it's ready for use. 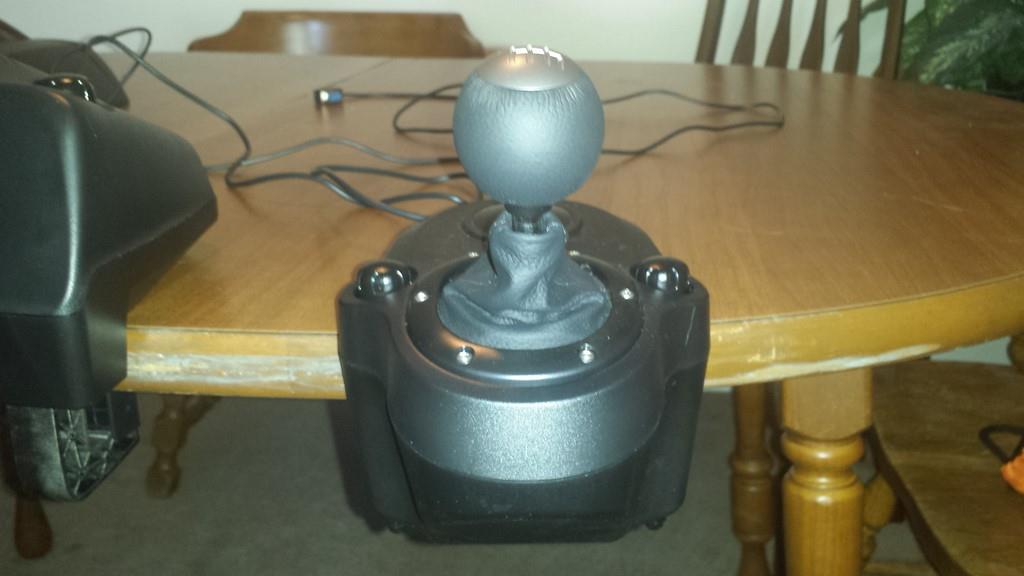 While the wheel and pedals are more than enough to enjoy, I also received the Driving Force Shifter, and while it's an extra of an extra, it's a nice little add-on. Featuring a six-speed shift and the reverse being used by pressing down on the shifter, it has good feel to it, though I did feel like I could break it off if I shifted too hard if I was panicked on a turn and needed to quick shift. Using the G29 is going to be purely a personal choice because the wheel and pedals already have the wing shifters built into it.

The only true negative I have with the entire rig comes down to one thing: The locking mechanisms. The wheel and shifter both have clamps that are tightened and loosened by spinning the knobs on either side of them. These are the only pieces on both items that don't feel durable. I was worried first taking the wheel out and feeling like I was going to break them before even getting to use the accessories. After a couple of minutes, I had them loosened and fit them onto my coffee table. I would highly suggest looking into some type of racing rig from a third party company to use because unless you have the perfect sized table, your back will feel the effects after about 30 minutes of gameplay. Logitech has some links on their website for the G920, and I would recommend checking out the options. Of course, these accessories are not going to be for everyone. The price point on the G920 is going to be released at $399.99, with the Driving Force shifter being another $59.99, so only the most dedicated racing fans are going to be looking to drop money on this. The bright side is that it isn't limited to just the Xbox One, but is also for PC use, so Steam users can get just as much enjoyment as Xbox One users.

The G920 is arguably the best simulation racing wheel I've ever played with. While the price point is going to scare off a lot of people, those who have the extra money to invest in this rig will not be disappointed. The force feedback is wonderful and all pieces are designed beautifully. The clamps are the only thing that worry me about long term use, but that's a minor negative. If you have the money and love racing, this is your rig.