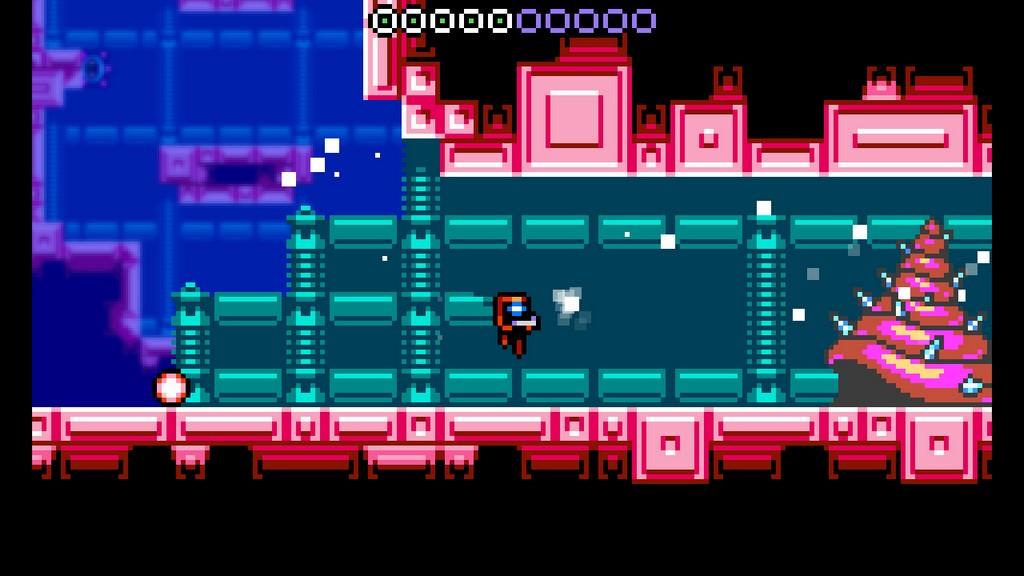 After playing through Axiom Verge, I had a slight itch to keep playing through some Metroid-inspired games. I thought about going back to Castlevania: Symphony of the Night since that is kind of an old standard at this point, and even pondered breaking out the WiiU for Super Metroid. But then Xeodrifter came along, and what the hey, I wanted to play something on a mobile platform without too much commitment. I wasn’t expecting such a short ride, but while I was blasting through the aliens that stood between me and a flight home I definitely was having a good time.

The Renegade Kid team has been friendly with Nintendo for quite a while, so it’s good to see a game like Xeodrifter make its way to the Vita and PS4. There hasn’t been anything significant added to this version compared to the 3DS version, but the controls have been obviously fitted for the Playstation family. The gameplay and story are a pretty straightforward affair, you’re stranded in space, and your ship is in need of repairs. Four nearby planets will have the components needed to get back on track, so you’ll be warping between the four planets as you track down the parts that you need. As you explore you’ll run into a few dead ends that will require other skills which can be earned by defeating each of the bosses. This is perhaps the weakest part of the game for me, since each boss is the same creature, but for each new one you run into, a new mechanic is introduced into the fight. By the time you reach the final boss, you’ll be hopefully experienced enough in each mechanic that it doesn’t prove too problematic. In fact, the hardest part of the game isn’t the bosses themselves, but reaching them.

Xeodrifter straddles a fine line of difficulty. One that feels just right, it’s fair, but tough. You’ll die fairly easily early on as you explore, and without a real checkpoint system (the only checkpoints occur when you reach a boss), a few hits or one massive blast in some cases can quickly send you back to your ship, and you’ll have to start over. The bosses themselves start out as fairly easy, and by the end of the game you’ll have all the tools necessary to tackle the final boss, which left me feeling kind of bad by the end. I just spent the past couple hours blasting through the homeworlds of these aliens, they probably had no idea what the parts of my ship were doing there, and I come in like a giant jerk and just start killing everything until I get what I need. 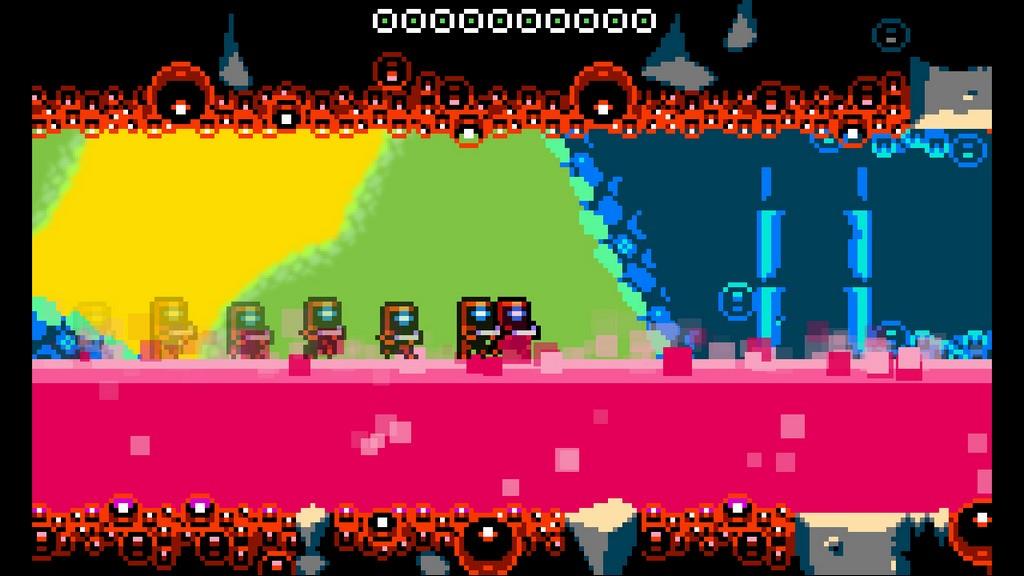 One of my favorite aspects of Xeodrifter is the ability to customize your weapons to fit your play style. As you explore you’ll pick up items that improve the capabilities of your weapons, capping it out at a possible twelve points that you can distribute however you choose. You can opt to make your weapon stronger and improve its damage output, or you can improve its utility by giving it the ability to shoot at different angles, or increase the fire rate. You can store up to three different weapon configurations as well, giving you the ability to swap whenever the situation calls for a different weapon. For the most part I was easily able to handle the game with an increased damage and firing rate, but experimenting is key to find what works for you.

Xeodrifter is definitely a quick burst of fun, I found myself completing it after about three hours. Unfortunately at that point there isn’t much to encourage repeat plays. There are some collectible items that can be found hidden throughout the maps, which is a standard goal for completionists, but beyond that, this game is over almost as quickly as it starts, which is kind of the biggest strike against it. But if you’re looking for a good challenge and a nice throwback to the classic gameplay of Metroid, then Xeodrifter is definitely worth your time.

Xeodrifter is a short but sweet title. It's got some solid platforming, a well balanced difficulty, and a fun weapon system. It's a bit on the short side but is fun while it lasts, especially if you're still fiending for some Metroid-inspired action.