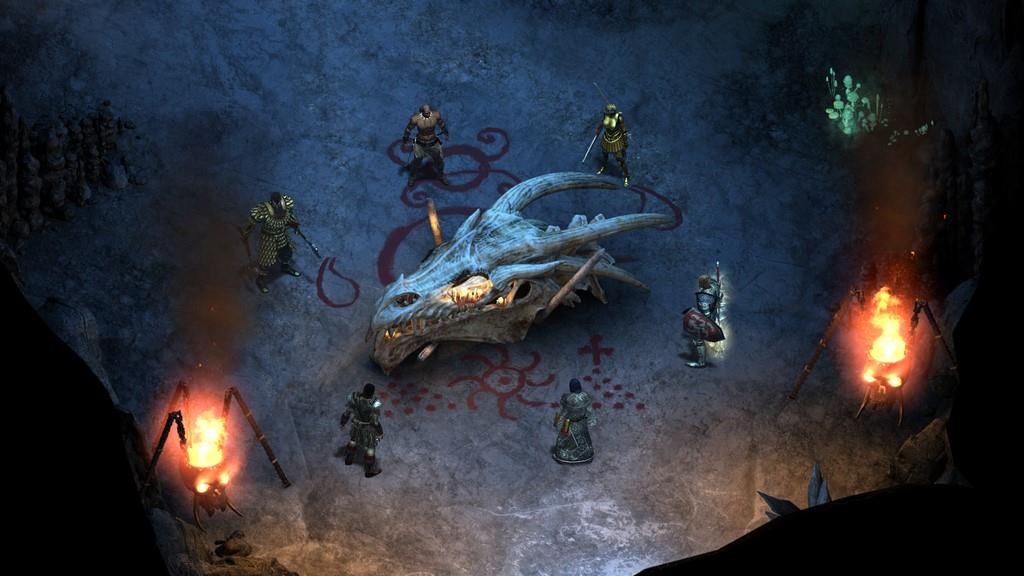 Pillars of Eternity was praised by many as a much welcome return to the classic isometric role-playing games of years past. Following in classic role-playing game traditions, developer Obsidian Entertainment has created an expansion pack versus the modern day standard of small, downloadable content add-ons. The White March - Part 1 takes players on an adventure into frozen tundras and caverns in a quest to gain access to the famed Dwarven forge of Durgan's Battery. The expansion is unlocked for players that have reached the base game's act two and have gained access to their personal stronghold. Upon launching the expansion players receive a message from their stronghold steward that says she has received a message from the snow-covered village of Stalwart. The village's mayor begs the player to travel to the forge and unlock its access to allow for the surrounding area to prosper from its strong Durgan-forged steel.

The expansion's main quest takes place in a new area of land titled The White March, but also includes a new location for high-leveled parties called Crägholdt Keep. Players will find plenty to take on in the expansion ranging from the main quest to various side tasks for NPCs around the village of Stalwart. While it's best not to talk much about what lies within Durgan's Battery to avoid spoilers, it's safe to say that Pillars of Eternity fans are in for a great time as it's some of the best content since the original game's main quest. The combination of the primary and side quests will keep players busy for a good number of hours as the challenge is significantly more difficult than the base game content. Those players looking for a challenge shouldn't hesitate in picking up the expansion, but those that are looking for more puzzle-based or exploratory encounters should proceed with caution. While the expansion content unlocks for players that have reached act two, the challenge that awaits will most likely be too difficult for under-leveled parties. Players that enter with higher-leveled parties are given an option to play the expansion content through its normal difficulty or increase the challenge to better match their levels.

The pacing is well done in that players must work toward opening the forge's giant steel doors as it's not just a simple click and open task. When players do finally open the forge's doors and gain access, it actually feels earned from the required effort. The only major issue with the expansion is the overly-difficulty battle encounters that often stacks the odds against players that aren't prepared for each situation. The number of enemies thrown at players also seem to be in greater numbers than the original game with many battles becoming hopeless encounters when the ratio of party members to enemies is severely imbalanced. It's best to enter the expansion with a party of high level characters for the best possible experience.

Aside from the majority of combat, the expansion introduces more text-based encounters that are far more complex than those in the original game. Of course there still are some quests that allow for diplomatic approaches that avoid battle, but those are few in comparison with combat encounters. Even with the increased focus on combat, the expansion content shares the game's original in-depth lore-based quests that remain interesting till their completion. Many new base game features are introduced along with the expansion including two additional companions, level cap raise, solo stealth mode, high-level scripting for party AI, cross-class talent use, and soulbound weapons. Another welcome feature of The White March locations are that they can be visited at anytime which allows for players to return to their stronghold for supplies and such. 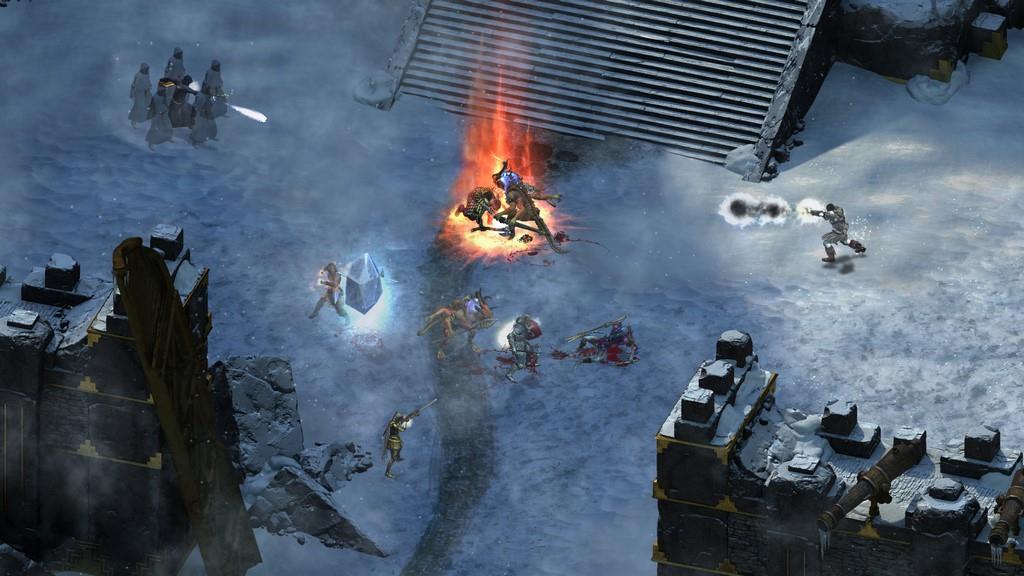 As with the original game, the new map locations are highly-detailed and look fantastic in their modern isometric visual style. The introduction of snow and ice covered environments are a great contrast from the base game content and truly do feel cold and barren with life. The developers deserve praise for their attention to detail in crafting the various environments, especially with the Dwarven architecture on display in Durgan's Battery. The new monsters and creatures fit the snow setting perfectly ranging from towering frost giants to blood-thirsty wolves. The new companions are also great additions to player's parties with them having interesting backgrounds, not to mention that one of them is a magical-infused mechanical construct. It was also a nice surprise that nearly all the main dialogue is voiced by talented actors that add even more atmosphere to the game world.

For those Pillars of Eternity fans in desperate need of new game content, The White March - Part 1 is a great first expansion that comes with a wealth of varied content. The part 1 aspect of the title shouldn't put off fans either as the expansion doesn't end with any sort of disappointing cliffhanger or such, it truly feels like a complete package. The majority of content is entertaining to play, especially the focus on the discovering the secrets that lie within Durgan's Battery. Players that can overcome the expansion's high difficulty level will find an entertaining time, while those that enter with low level characters are sure to encounter some frustration.

The White March - Part 1 is a great first expansion for Pillars of Eternity fans that have been in need of new content. A lengthy main quest, varied side tasks, and an enthralling narrative combine to make a worthwhile expansion for veteran players. The White March is best recommended for those players with a high-leveled party of adventurers ready to embark on a challenging quest to enter the Dwarven forge of Durgan's Battery.