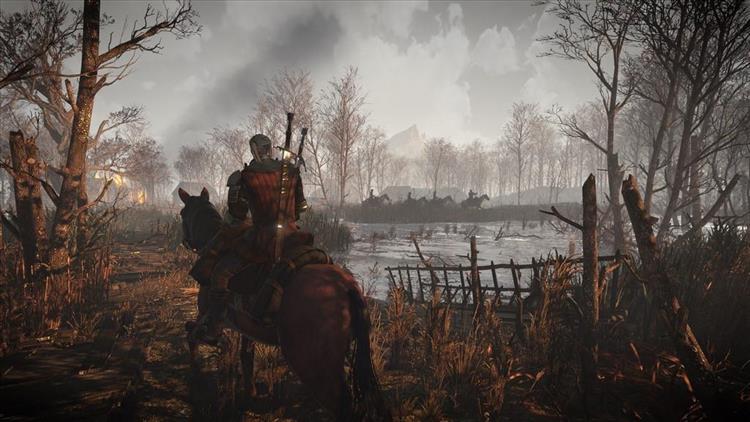 I'm going to be honest, The Witcher 3 is currently becoming my favorite game of all time.  The wide open world mixed with some of the best writing has created an experience that is second to none.  Check out the review Travis did earlier this year for more reasons why this is such a great game.  We had some questions come up since then and thankfully Karolina Stachyra, one of the writers on the game was able to talk to answer them.

Congrats on the success of the game, what have you been doing since the game launched?
Thank you very much. I hope that you enjoy Wild Hunt. The launch day was very stressful, but also very exciting for us, so we gave ourselves a few moments to just cheer, but never stopped working on improvements. At the same time, we are working on two expansion packs (Hearts of Stone and Blood & Wine) which will include brand-new adventures, characters, and stories. The expansions will premiere this Fall and Q1 2016, respectively.

Is there any particular part of the game that you are especially proud of?
I cannot speak for the whole team, but for me the storyline of the Bloody Baron would definately be that thing. When I first got the scenario with an idea for that character and his story, I thought that writing it so that the Baron is a real flesh-and-blood character might be pretty challenging and interesting...as well as really easy to mess up, if done wrong. I’m very glad that after many weeks or even months of working on that storyline with quest designer Paweł Sasko, we managed to do something what gamers seem to enjoy.

I’m also very proud that we faced the challenge to include in our game the characters of Yennefer and Ciri who were important figures in the books by Andrzej Sapkowski. Dealing with these kinds of characters is always like walking on thin ice, as for many people (the readers) they are kind of legendary. Still, I feel like we have found the right way to present them. Again, I can’t speak for the whole story team, but I especially enjoyed writing the quest called “Last Wish,” which is a loose reference to Mr. Sapkowski’s short story (of the same title), and the part in Novigrad when Geralt is hanging around with Ciri to spend some time with her and deal with her unfinished business. I feel that we have created strong personalities of full-blooded women who, on one hand, are tough and self-confident, and on the other, warm hearted and honest. 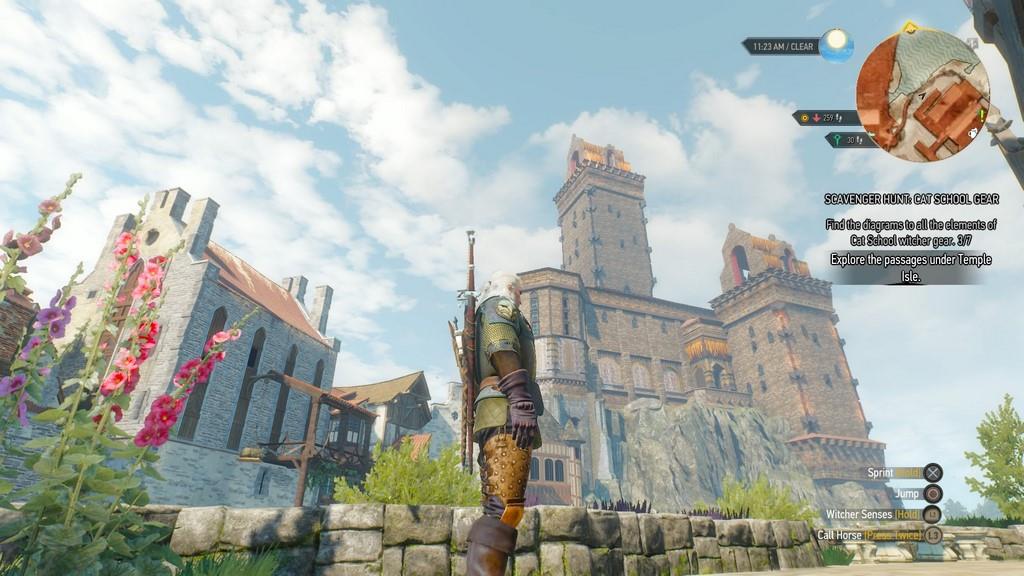 Conversely is there anything that you see in the game that you could have executed on better?
Well, there are always things that might have been done better, but if you are improving, rewriting, and re-implementing things on and on, there’s no way you will ever deliver the game on time. So, after months of creating, testing, and improving the game, we had to tell to ourselves, “Alright, now it’s really good, it’s time to show it to the world.” Which of course doesn’t mean we do not see our mistakes—we have patches to deal with those.

When you developed the game, did you start with the main quest and then work on the side quests, or were they done in parallel?
At first we created the main story line—as Wild Hunt is a story-driven game about personal matters of Geralt of Rivia, the witcher. We had to know what the story is actually about. Having an outline of the main story enabled us to work on minor stories, often connected to the main one. At some point in time, we were working on those paths in parallel—polishing the main story and creating side quests according to events and circumstances that we found interesting and worth expanding. 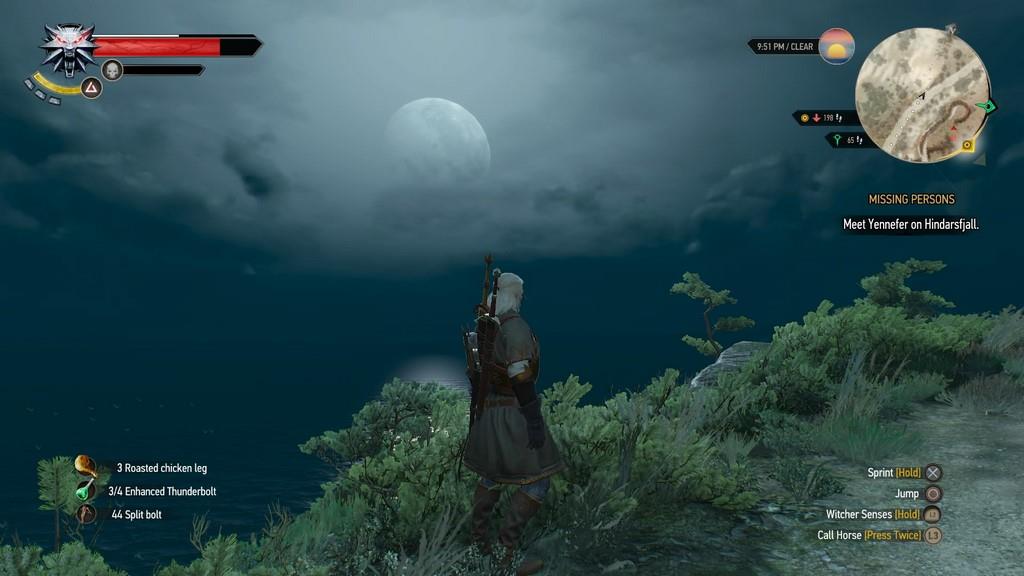 What's the weirdest thing you've seen players do in the game so far?
Players do a lot of weird things [winks]. Our testers' rule is, “If something is possible, players will certainly do that.” But that’s not exactly my department, so I can't really tell.

Are there any parts or secrets in the game that players haven't found yet?
Of course they are, but I will not say a word—I don’t want to spoil the fun of exploring and finding our secrets and especially easter eggs.

Any chance you could give us some hints on what parts of the world players should explore when they have time?
Sorry, not a word. No spoilers.

What role did Andrzej Sapkowski play during the writing of The Witcher 3? Is he involved with the development of the DLC at all?
Mr. Sapkowski had created a beautiful and rich world and packed it in excellent books from which we are drawing great amounts of inspiration, but if it’s about making games, we have full independence. Wild Hunt (as well as the previous games) is a stand-alone tale which takes place after the events described in the saga. We are telling our own story. 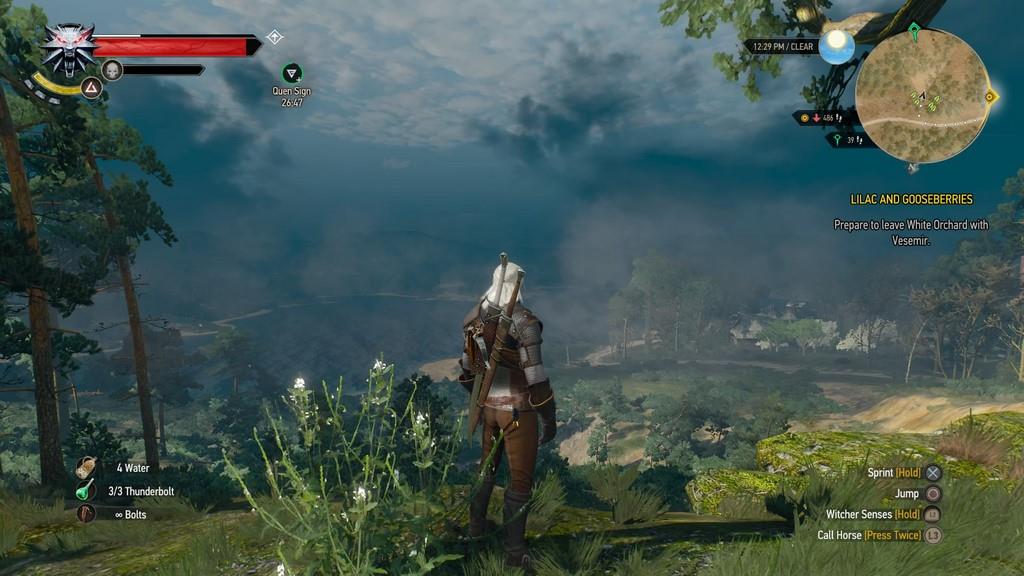 Sixteen pieces of free DLC obviously and intentionally flies in the face of what most publishers do with DLC. Have you received any feedback (positive or negative) from other developers?
I personally did not receive any message like that, but we did receive a lot of words of praise from fans of the game, for which I am really thankful.

What are you playing now that you are done with the development of the game? What games are you looking forward to playing later this year?
I know that I will sound like as an exemplary schoolgirl, but right now I’m playing Wild Hunt. Really. Constant work on storylines doesn’t leave much time to just walk through forests, fields, and streets, fighting with monsters, talking with random people, enjoying beautiful views. Now I have some more time for that—in short breaks between working on expansion packs—and I’m actually having fun, which I think reflects well on the game we have created. Later this year I’m waiting for the Rise of Tomb Raider. I really liked previous game by which Crystal Dynamics restarted the series, and I’m looking forward next year for the Dishonored 2 premiere.

We'd like to thank Karolina for taking the time to talk to us as well as to Robert and Tom for coordinating the interview.