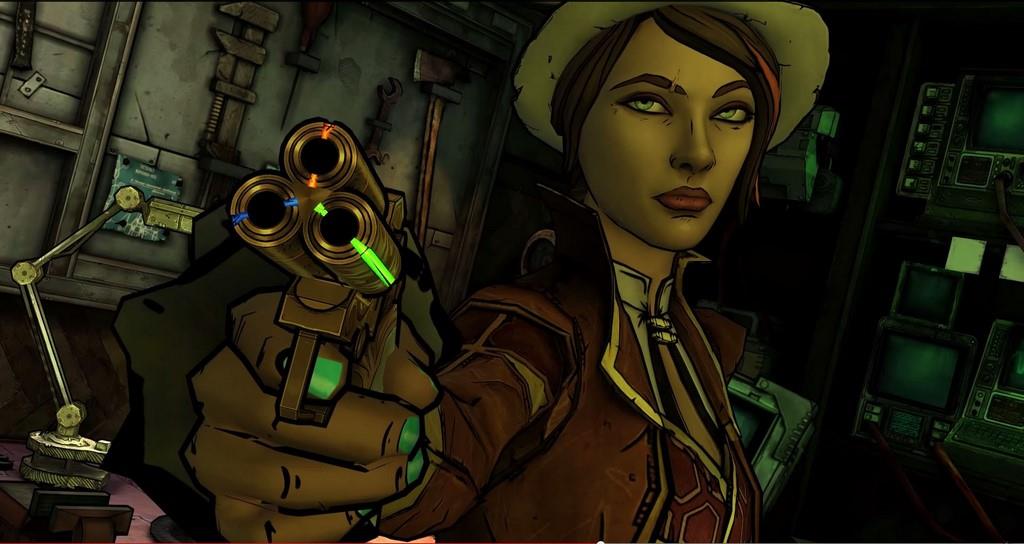 Tales from the Borderlands : Episode 2

Written by Jeff Kintner on 3/17/2015 for PC
More On: Tales from the Borderlands

"Yes, yes it's been a while. Everyone knows."

Marcus begins the second episode of Tales from the Borderlands with this gem- the first of many winks and nods to the camera that get thrown at you throughout Atlas Mugged. Just like the intros to the Borderlands games, each episode opens with the gravel-throated Marcus Kincaid (of Marcus Munitions) recapping the story so far, and reminding you of the choices you've made. That's nothing new- both The Walking Dead and The Wolf Among Us did short recaps before each episode. But Tales takes a slightly different route by having a character tell you what happened over a roughly sketched motion comic, instead of a trailer playing back all of your choices. It takes a small step away from Telltale's usual style in favor of the Borderlands aesthetic, but I really enjoy it because it means that Tales from the Borderlands is pulling a Grand Budapest on us. I have a sneaking suspicion that the writers might be trying to cram as many layers into this story as possible. I can't wait for one of the characters to give us a flashback where they tell us a story inside of the story that's being told by the two protagonists in the story that's being told to us by Marcus. But I digress, let's talk about the actual game.

Atlas Mugged picks up exactly where Zer0 Sum left off- The gang finds a map to a vault, and are staring in awe at the giant hologram of Pandora, while Rhys is recoiling in fear at the hologram of Handsome Jack that only he can see. The first scene of this episode is definitely the strongest. That isn't to say that the quality degrades afterward, but in those first fifteen minutes there is so much plot set in motion and the writers brilliantly hit all of their jokes, that the opening scene happens to stand out among the rest. In this episode, we see Fiona show that she's willing to get her hands dirty to do what needs to be done, and Rhys shows that he's ready to make a deal with anyone at just about any cost to get what he wants. Sasha and Vaughan have some great moments in this episode (especially Vaughan), but for the most part their narrative purpose is to sit on the sidelines and provide snarky commentary. Which is always fun to watch.

As I've said before, since this is a point-and-click adventure that takes place in the world of a First Person Shooter, it's very action-heavy, meaning that there is no shortage of quick time events. The good news is that for the most part, they feel purposeful, well placed and well executed. I really appreciated that in the first few minutes, there's an event that requires you to catch something and the same type of event kept cropping up throughout the episode like a reoccurring joke. And in the final minutes of the episode, there's an event that made me genuinely go 'Ah, no! Get it! AAH!' And when it was over, I realized that all those reoccurring 'catch the thing' events were preparing me for something big and it hadn't even occured to me. I feel like quick time events get a bad rap for a few reasons, most notably that if they aren't implemented with some forethought, they quickly become tedious and repetitive. In these instances, even if they're getting you to sit at attention and interact with the game, they aren't getting you to engage in it. And for a game that relies heavily on quick time events, Tales from the Borderlands is doing an admirable job of getting you to feel something when you take an action. 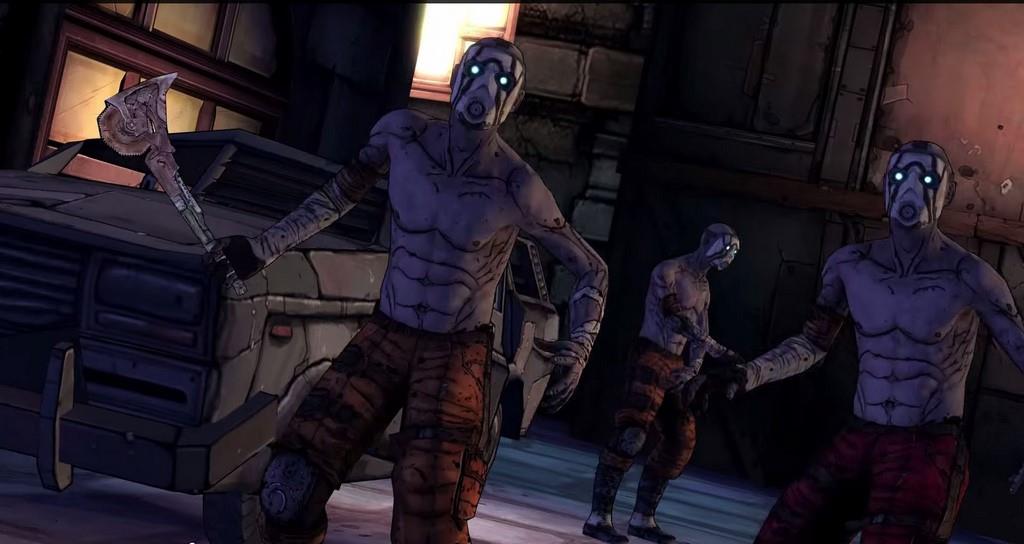 Even though the controls in Tales do a good job of getting you to engage it, the writing is taking steps to prevent you from becoming too immersed in it. A lot of the comic beats involve breaking the fourth wall, so you have a lot of jokes that involve characters looking into the camera, or reminding you that you're playing a game, or that you're listening to a story that's probably more fabrication than fact. And it works so well. The writers, Pierre Shorette and Adam Hines, do a really good job of drawing you in just enough to bop you on the nose with the fourth wall, and it made me laugh every time. In addition to that, they continue to match the Borderlands' dark-yet-lighthearted style perfectly. I haven't laughed this hard about dismemberment in a long time.

I made the mistake of reading some Youtube comments earlier this week (maybe because Don't Read Comments isn't on twitter anymore to remind us how bad of an idea that is) and I was really struck by the amount of people that were panning Tales because they didn't think it was as good as The Walking Dead or The Wolf Among Us. Some of them were going as far as to say they were passing on the rest of the series because it wasn't their best work. First off, I just want to take this time to remind everyone that 'best' is completely subjective. And second, if your base requirement for every new series or installment is that it has be as good or better than everything else, you're only setting yourself up for disappointment. There's nothing wrong with criticism, but keep in mind how impossible of an expectation that is. Although I will admit that Tales' biggest shortcoming is that a lot of the humor does require having a working knowledge of the Borderlands universe- so in that aspect, it isn't as entry-level entertainment as The Walking Dead or The Wolf Among Us.

But for what it's worth, I think the team behind Tales for the Borderlands is killing it in just about every capacity. The jokes are hilarious, the story is fun to participate in, the aesthetics continue to do a really good job of bringing the Borderlands style to a point-and-click adventure, the voice acting is extremely well done, and the mechanics are doing a surprisingly good job of keeping you engaged.

Tales from the Borderlands is killing it in just about every capacity. The writers, the aesthetic, the voice actors, the gameplay, everything is living up to what I would want out of a non-FPS Borderlands game. But the humor does rely heavily on knowing the Borderlands universe. So if you haven't played any of the games, you might want to play through them before you pick up Tales. (Just a heads up, you can skip the first one if you want to get straight to the good stuff.)