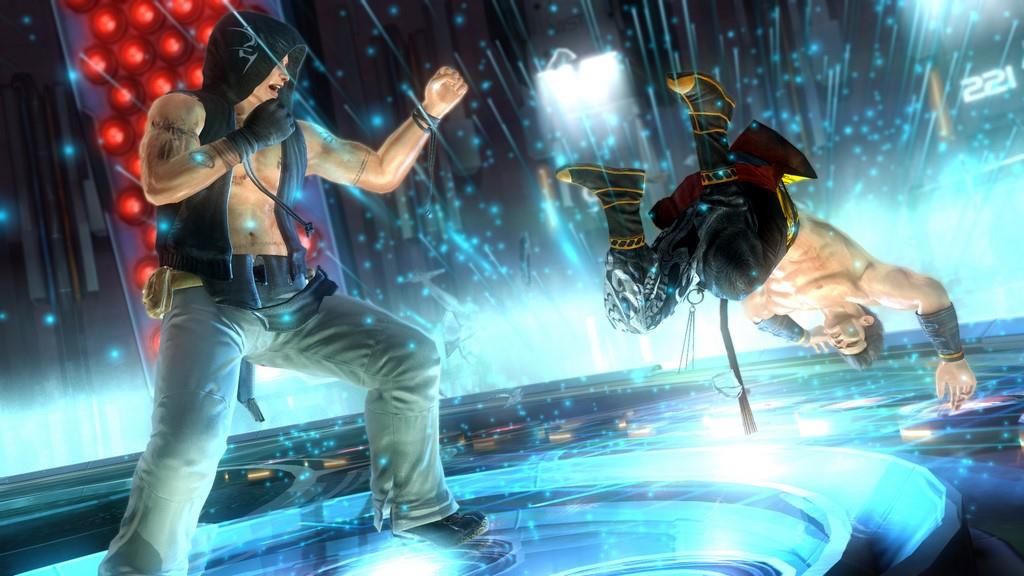 Dead Or Alive 5: Last Round

My favorite 3D fighting series has always been, and probably always will be Dead or Alive. As I said in earlier reviews of the franchise, I was hooked from the moment that I played the original arcade game for the first time. The gameplay has always felt more fluid and intuitive than any of the other 3D fighters like Tekken and even Soul Calibur. They have never relied on supernatural combat like fireballs and odd projectiles; it has just been pure, hand to hand combat with a little bit of mystical ninjitsu thrown in for good measure. After two decades, the game feels exactly the same as it did in that small arcade on the OSU campus.

Team Ninja has really taken a minimalist approach to advancing the Dead or Alive 5: Last Round (DoA5:LR), both in terms of Dead or Alive 5 as a whole and this final iteration of the chapter. The most noticeable change(s) have to be the visuals. DoA:LR still looks absolutely phenomenal. It is hard to believe that this game wasn’t created for this generation of consoles as the character models are silky smooth, both in their individual textures and their animations. DoA5 looked great on the 360 and PS3, but Last Round looks jaw-droppingly gorgeous.

The core gameplay has barely been changed over the course of two decades, so as you would expect, it hasn’t been altered here. This edition features some slight tweaking and balancing of the roster, but nothing drastic. This is honestly what makes this chapter so great, particularly Last Round. The foundation of the experience, the game’s combat system, is absolutely rock solid. The characters have a huge arsenal of moves at their disposal and the manner in which it all flows together is mind-numbingly beautiful. Combat flows like butter, whether it is one player decimating his opponent with a seemingly never-ending combo or two competent fighters going back and forth countering each other endlessly. It just looks so good and works so well.

The big draw with this updated version is a combination of the higher resolution visuals (along with the corresponding frame rate) and some new characters. The franchise has never looked better, be it in game or in the cut scenes. Tecmo is a little too protective of their cut scenes however, forcing any streaming or recording that you are doing using your console to pause when one starts. Especially when playing through the game’s story mode, the streaming function was always starting and stopping as a result which became ridiculously annoying. 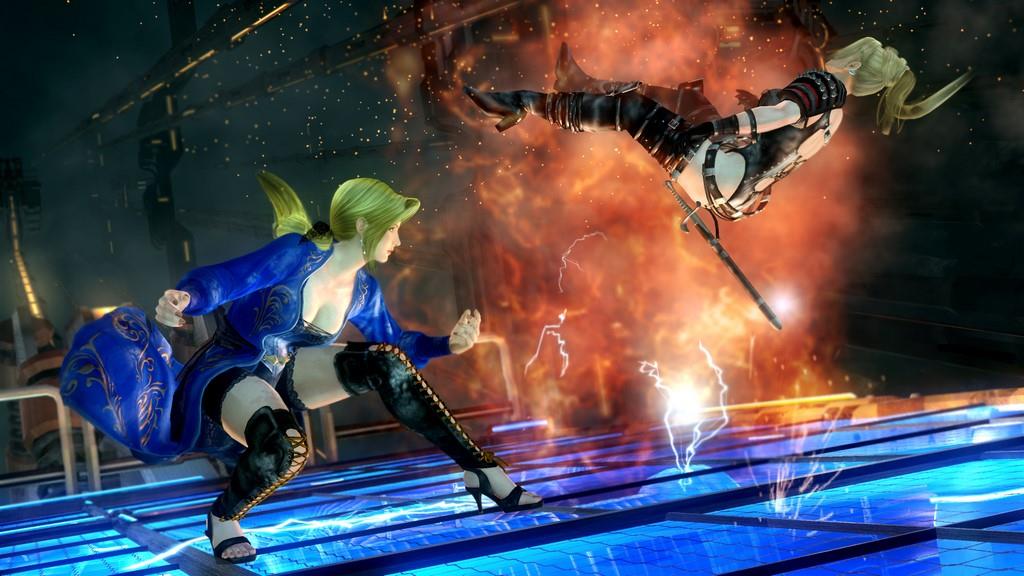 The roster has expanded a bit with 2 additional characters, both of which make for great additions to the character selection. The first is Raidou, the boss from the first DoA game, who returns in cybernetically enhanced form. He is more of a power-character, with harder hitting moves that issue larger quantities of damage in short spurts than most of the cast. He draws a lot of his techniques and special abilities from other characters, making him seem almost like Dural in the Virtua Fighter series. The second is a schoolgirl by the name of Honoka, complete with nonstop upskirt action throughout nearly all of her battles. She definitely feels a lot more like a traditional DoA character, with a lot of options in her arsenal for juggling opponents into extended combinations.

If you have played the game in its previous release(s), you know that there is a ton of DLC available, mainly costume options for the roster. While I am not a fan of all of that excess content personally, those who are will be delighted to know that all DLc purchased for DoA5 (or any of its variations) carries over to this release. Actually, a good portion of this package is available via piece-mail as you can buy character and content packs off of the DoA5: Core Fighters version, which is free on the PlayStation Store. 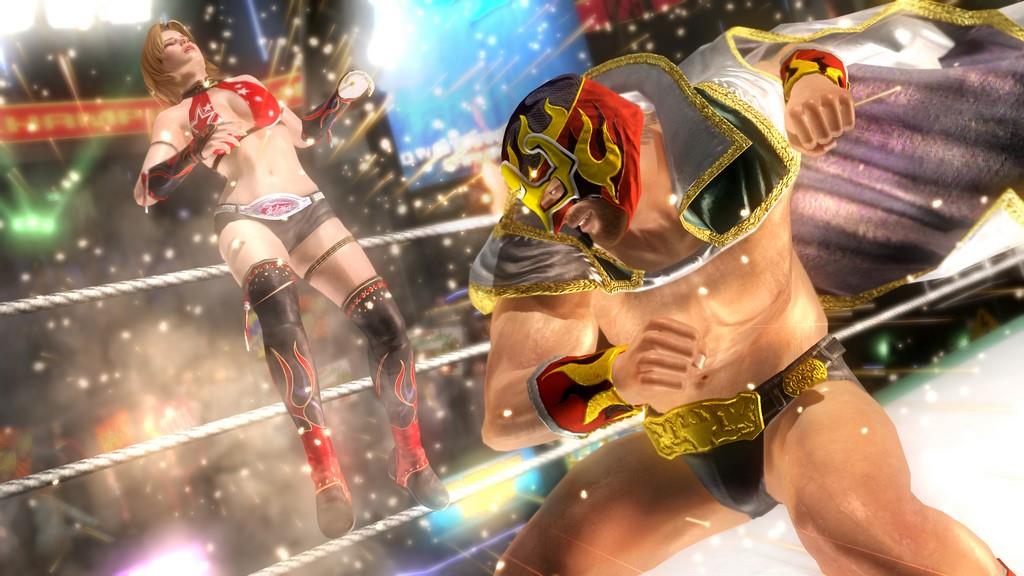 Regardless of how you like to play, alone or with others, there are plenty of mode options for you to choose from. That is, of course, as long as you have the full version of the game and not just the Core Fighters experience. As nonsensical as the story mode is in terms of the plot, it does an excellent job at introducing you and making you try nearly all of the characters on the roster. Also included are detailed tutorial and practice modes that will explain to players the ins and outs of every single aspect of the game: striking, countering, throwing, interacting with the environment, and even learning how to read the movements and frame information of your opponents. Not only are these modes present for the game as a whole, but there are also lengthy tutorials for each individual character, as well as combo challenges for them all. This will consume a lot of your time if you are like me and have that incessant need to complete them all. On top of adding replay to the game in that sense, they also make you a better player,which is what they should be doing more than anything else.

The online play available is perhaps the weakest part of the package, which is sad considering it should be the lifeblood of the game. The netcode has seen a bit of improvement since the previous release(s), but it still leaves a lot to be desired. Finding a match can be a lengthy process and the lag seemed almost ever-present. It didn’t really make a difference whether I was using my console with a wired or wireless connection, nearly all of my matches seemed to have issues with syncing up the two players.

The best thing about DoA5:LR is that there is a ton to see and do in the game. It has a great accessibility for new players and the included modes will help turn them from newbs into seasoned brawlers in decent time. This is the sort of game that caters to both those who like to play in short spurts or extended sittings. The joy is in the experience and the gameplay; in that sense the game truly delivers. The original DOA5 release was a great one and Last Round is the perfect send off for the chapter. This should definitely hold fans over until DoA 6.

Dead or Alive 5: Last Round is an excellent ending point for this chapter of the series. It takes all of the groundwork laid in DoA5 and polishes it off in the best way possible. Armed with an excellent roster of characters and a ton of modes, this is a great introduction to 3D fighting on the new generation of fighters. Just be prepared to be smothered with DLC options.