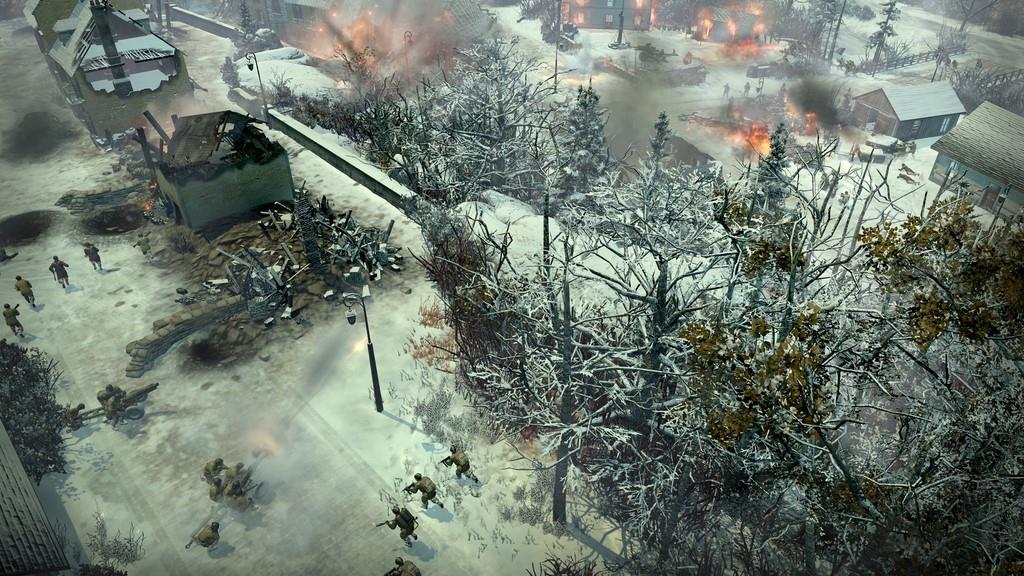 The standalone Company of Heroes 2 expansion Ardennes Assault from developer Relic Entertainment and publisher Sega has players switching to the American viewpoint of World War II and focuses on the The Battle of the Bulge. The campaign map, which takes place in the Ardennes region of France, is split into 11 narrative missions and 7 engagements that differ in victory conditions.

The primary gameplay difference from the original game's campaign is that players are now given the freedom of moving their troops through the Ardennes region and decide which battles to tackle before others. In addition, players are given control of three troop companies which include the Airborne unit, Mechanized Infantry, and Support unit. Each of the companies include a different officer and set of abilities for use in battle. The abilities in particular can be upgraded to increase effectiveness and also reduce cost in-game.

The companies each have an experience level that is based upon mission results in regards to factors such as the number of units killed. Repeat units that survive multiple missions earn further experience and will perform better in combat. A health meter also exists which if unsuccessfully managed can lead to losing an entire company.

At the campaign's beginning, players are asked to select from three troop companies out of four. However, the fourth troop company, the rangers, are only available to either those who pre-ordered the game or purchased the downloadable content separately after release. With the troop companies being a core concept of the game, this is rather disappointing and another unfortunate downloadable content and pre-order marketing gimmick. After a few introductory missions, players are given control of each troop company and their movement across the campaign map.

The Ardennes Assault missions stand apart from the original game in that they're far more thrilling and engaging in both their objectives and strategies employed by enemy units. The previous game's campaign felt as if both sides were always at equal odds, but with the expansion missions the odds seem tilted in favor of the Germans.  With the slight disadvantage in troops and supplies, every victory truly feels earned and another step toward thwarting the German forces' hold on the Ardennes region. Dynamic bonus objectives in-between missions also make the campaign feel more varied than the linear structure of the original game. 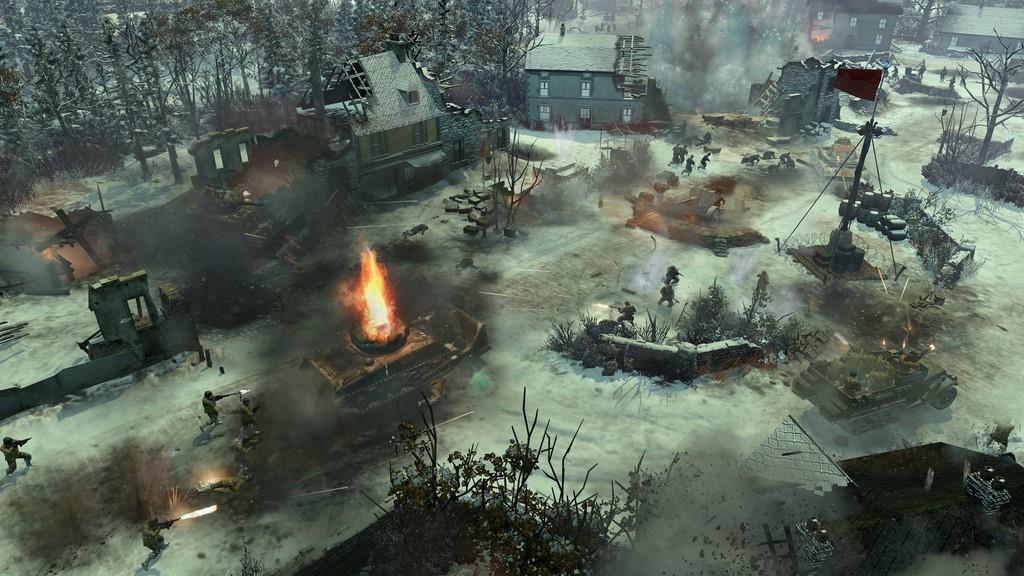 Each of the narrative missions include a briefing video showcasing key locations to either capture or defend as well as a brief cinematic video modeled after the classic wartime trailers shown in American cinemas. The narrative missions range in objectives from capturing and defending a fuel depot to destroying an enemy supply cache all the while sneaking past infrared radar units. Non-narrative missions, or known as engagements, provide a variety of objectives from capturing and holding key locations to gaining victory points only through the use of vehicle kills.

While the non-linear structure of the campaign was appreciated, there weren't many options in which to move troop companies across the map and those actions didn't seem to change any of the mission outcomes. The campaign map itself could have benefited from a better presentation as it didn't detail the location of cities or the type of terrain. Fortunately, Ardennes Assault can be purchased as a standalone game that should provide a great introduction to players new to Company of Heroes 2. Fans of the previous game shouldn't miss the expansion either as both the campaign structure and missions have been improved significantly from the original game.

Company of Heroes 2: Ardennes Assault is both a worthwhile expansion for series fans and standalone game for those new to the series. With a non-linear campaign structure and thrilling missions, Ardennes Assault earns a high recommendation.