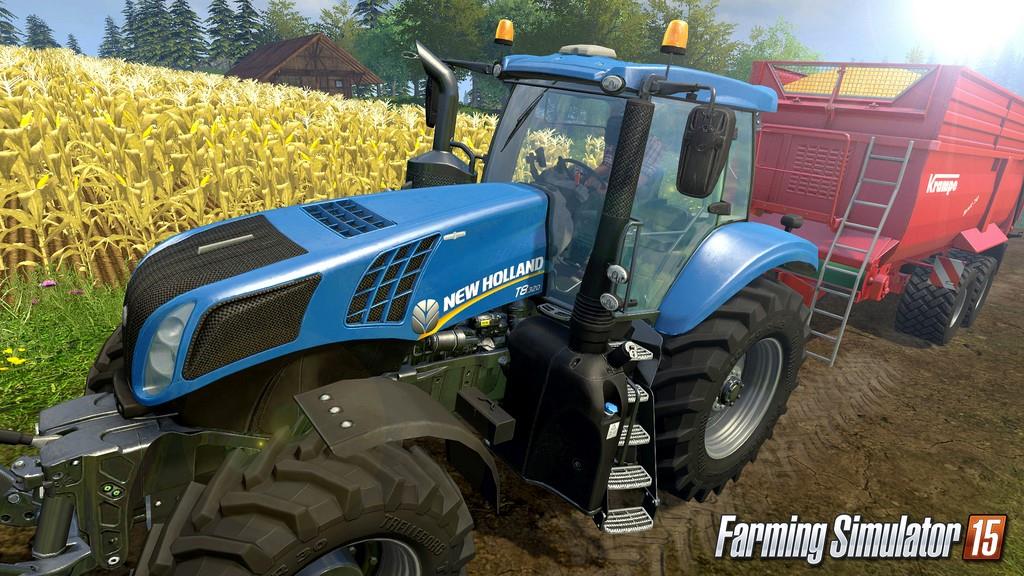 Farming Simulator 15 from developer Giants Software follows the previous series release two years ago with various improvements ranging from a redesigned user interface to reworked physics. My primary complaints in Farming Simulator 2013 focused on a lack of guidance and graphics and physics that lacked realism. This year's release fortunately solved some of the series's previous problems, but oddly ignored some issues that should have been addressed. Ultimately, farming and simulator enthusiasts will be happy to know that Farming Simulator 15 is an overall massive improvement over past series releases.

The most noticeable improvements when first starting the game is the new graphics and physics engine which for the most part solved the realism issues found in past games. Tractors and other vehicles in the game no longer wildly flip over or get stuck on every small incline in the environment. While not perfect in every scenario, the overall movement of vehicles in regards to speed and weight feels far more realistic during farming activities. In regards to the graphics, numerous visual elements have been improved such as vehicles now have interior cabins with working instruments and screens as well as farming vehicle exteriors collect dirt after working in the fields.

Other major improvements in this year's release includes a redesigned user interface that presents a far more modern approach to displaying various menus and indicators such as vehicle speed and which vehicle tool is currently selected. With one keyboard click, players can access the complete shop menu in which to purchase vehicles and equipment from clear and separate categories. The newly improved user interface is a major step in the right direction for the series in becoming a modern and polished simulator experience. The developers have also introduced the gameplay element of woodcutting that enables players to utilize both chainsaws and woodcutting vehicles to gain money from chopping trees and then transporting the logs to sellers. With the woodcutting being a new gameplay element there are unfortunately some issues in the process of actually cutting and moving the wood. While the game has all of the proper vehicles and equipment for the process, the difficult part is in operating them and adjusting to the odd log physics after the trees have been cut down. Even though not being quite polished, the woodcutting is a nice addition if players need a diversion from continually planting and harvesting fields. Lastly, the game includes a multiplayer component which allows for up to 15 players to farm alongside one another with all of the same vehicles and features from single-player.

The gameplay is on the open ended nature in that players first select from either the United States or Nordic inspired worlds and then are thrust onto a farm in which they own a few fields and various farming vehicles and equipment. After a few brief tutorials, players are given complete freedom on how they want to acquire money to first pay off their bank loan and then eventually expand into buying better vehicles and more fields to farm. The game world does include a day and night cycle in which a variety of missions and daily deals on vehicles and equipment cycle through during the week. In addition, a weather forecast is provided to players to plan for rain or storms that may hinder farming progress. While players can complete every farming activity by themselves, they do have the option to hire workers that can automate certain processes such as sowing a field or harvesting corn. This complete freedom provided to players can either be a welcome feature or hindrance based upon knowledge of both the gameplay mechanics and farming basics. 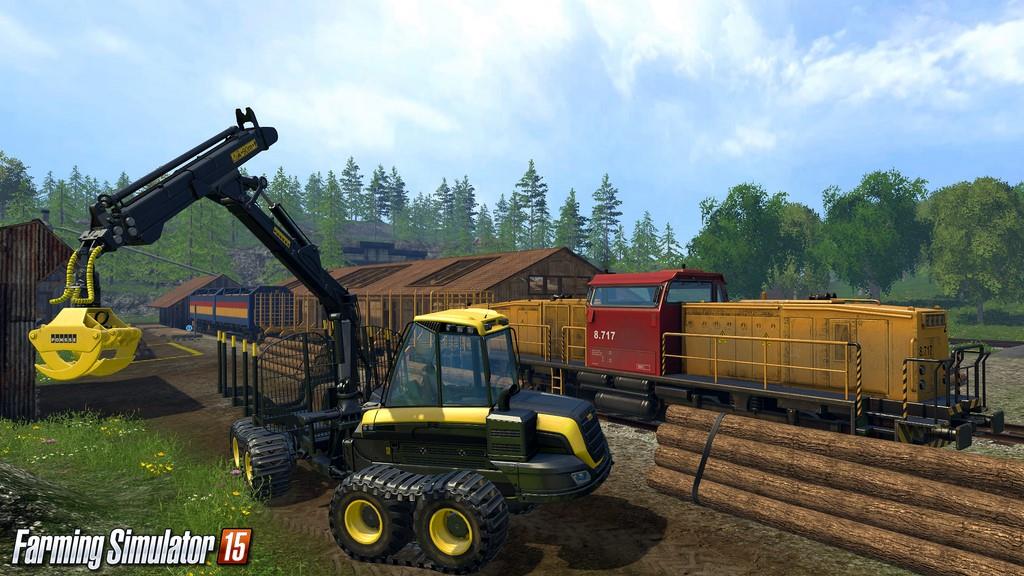 With all of the graphics and gameplay improvements, it was unfortunate to discover yet again that the game provides hardly any guidance to beginning players. While players can run through some quick tutorials such as plowing fields or harvesting crops, the game does little else in providing guidance on the actual basics of farming. Players that are unaware with farming will have a difficult time in determining the different terminology used such as sowing and plowing and which order the various farming tasks much be completed. Simulator games should always contain the mandatory element of being easy to pick up and learn without requiring any external research. Farming enthusiasts wont have any difficulty in finding their way through the various gameplay mechanics of Farming Simulator 15, while players new to farming and the series will have to learn through repeated trial and error.

Owners of past series releases will most definitely want to upgrade to Farming Simulator 15 as the improved graphics and physics engine alone make for a much more enjoyable gameplay experience. In addition, the redesigned user interface and woodcutting gameplay are both great additions to the series. Players new to the series should be more cautious as their gameplay experience will require patience in learning the basics and processes of farming. Ultimately, Farming Simulator 15 is one of the series's best releases that previous fans and farming enthusiasts alike will want to put on the top of their holiday wishlist.

Farming Simulator 15 is a great addition to the series that includes a massively improved graphics and physics engine in addition to redesigned user interface and woodcutting gameplay. Players new to the series and farming will require patience and trail and error in learning the various gameplay mechanics. Farming Simulator 15 earns a strong recommendation for both series fans and farming enthusiasts.