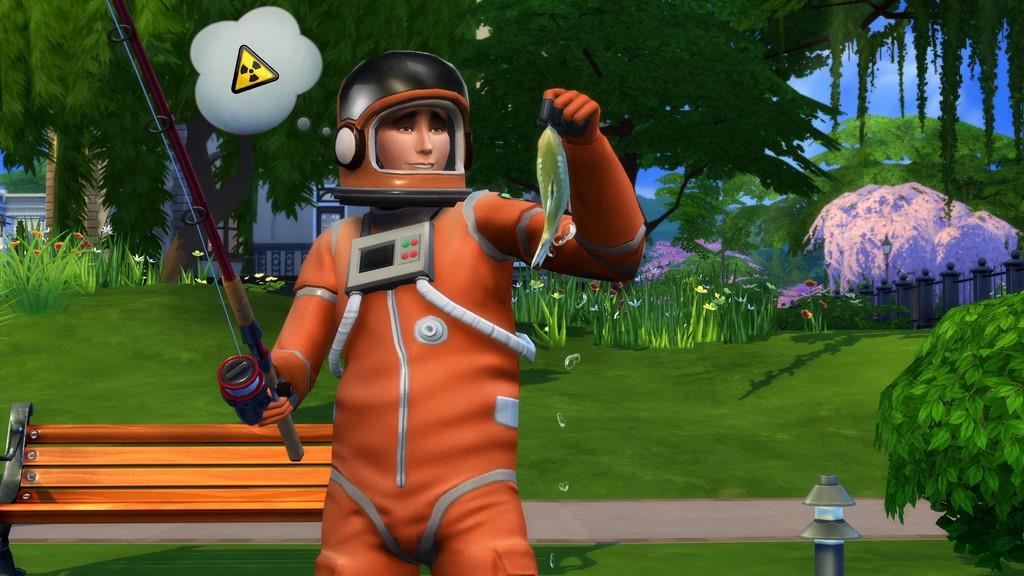 The wait leading to The Sims 4 release was often shrouded in a cloud of reports from early game previews that revealed an array of missing features. Even with the completely revamped Sims and new emotions, series veterans were more concerned with the removal of major features such as toddlers, swimming pools, and the popular a create a style mode from The Sims 3. After spending time in the game doing all of the normal Sims gameplay activities from managing their lives to building and furnishing houses, it's obvious that the reports weren't misleading with gaps in features and content. However, it's also fortunate to report that the many concerns expressed for the latest game in the series were simply unfounded and that the majority of The Sims 4 is an entertaining and highly-addictive gameplay experience.

Two of the largest features promoted for The Sims 4's release were the game's completely-redesigned create a Sim mode and more realistic Sims with added emotions and multitasking capabilities. The first aspect of the game that players will see after launching the game and most certainly spend a great deal of time in is the create a Sim mode. While past games in the series focused the mode around various toggles and sliders, The Sims 4 revamps the mode to instead focus on an interface in which players sculpt their Sims by stretching and pulling various body elements. The level of detail in which players can customize their Sim is astounding and more importantly, the mode is now far more entertaining and easy to use in comparison with past games. The game's new visuals also give Sims a more realistic look that no longer feel like stiff digital avatars. The revamped character animations also play an important role in adding new life to the Sims as their actions look and feel more natural during gameplay.

Not only have the look and animations of Sims improved, but also their core gameplay mechanics have received major additions in the form of emotions and multitasking capabilities. Sims in previous games were mostly predictable in their actions as they were only focused on satisfying their needs and interests. With The Sims 4, emotions add a dynamic element to gameplay in that a range of events can affect their mood from eating a bad meal to enjoying a particular pleasant conversation. Nearly every action in the game produces an immediate effect on a Sim's emotions which in turn make for an ever-changing gameplay experience for players. When a Sim is experiencing a certain type of emotion it's up to players to react accordingly which may involve taking a relaxing bath to relieve stress or hiding in the bedroom to avoid feelings of embarrassment. Not only do emotions add a great deal of variety to The Sims 4 gameplay, but it makes Sims feel more alive and realistic as digital avatars. 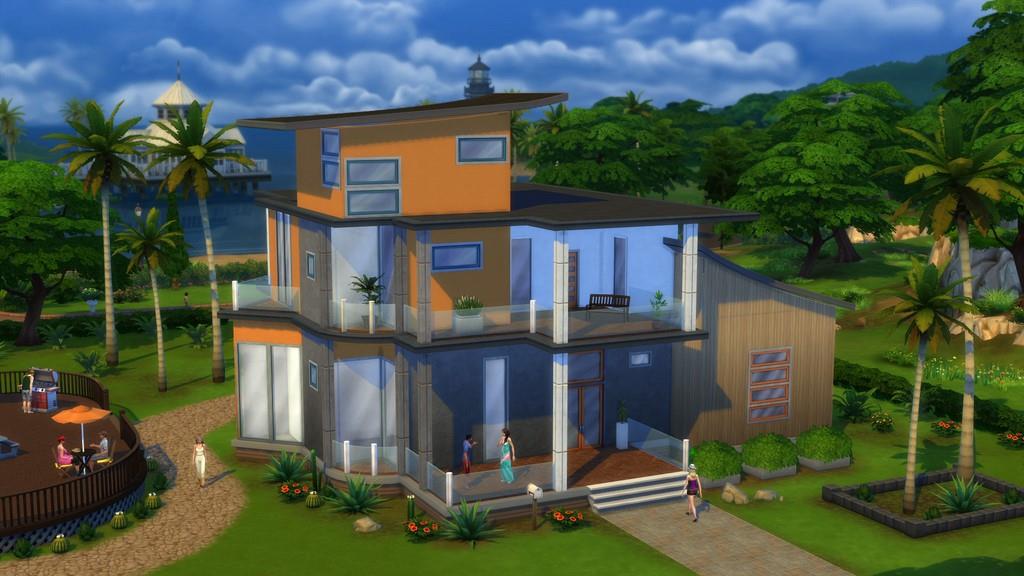 Another important addition to the game is the ability to multi-task among various activities that seem common in real life, but have always been impossible to accomplish in past Sims games. Now Sims can watch television while surfing the web on their tablet as well as chatting with another Sim on the couch, it sounds simple but makes gameplay far more accessible and entertaining. Multitasking also enables Sims to satisfy multiple needs at the same time which before required separate time for each task. The addition of multitasking also makes the passage of time during the day and night more realistic as no longer are Sims days split into sections for each need and activity. Sims are smart enough to automatically perform the multiple activities at the same time, which only require the player to assign the specific actions one after the other. It was only sometimes difficult to determine exactly what actions were allowed to perform at the same time as there isn't any clear indications in the pop-up menus.

The Sims themselves weren't the only elements to receive major improvements as the build mode has also undergone a much welcome transformation. The buy and build mode are now combined which no longer requires switching between both of them. The new build mode makes creating and furnishing houses far easier then past games in that building elements can be stretched or moved after the initial placement. In addition, entire rooms and even houses can be imported from the game's built-in gallery which allows players to upload their creations for download from others in the community. Nearly every action from adding a roof to moving a room is as simple as dragging icon prompts around the lot. It's common to spend greater time in the build mode then actually managing your Sim's life as it's addictive as ever to tweak every aspect of a lot from the house to surrounding plants and trees.

With all of the great improvements and additions to The Sims 4 it was rather disappointing to discover that early reports were true of removed features from past games. The major feature missing from The Sims 4 is the create a style mode which enabled players to previously apply custom textures to nearly every surface from floors and walls to clothing and furniture, it truly allowed for the greatest customization ever seen in a Sims game. The lack of create a style now forces players to select from a limited selection of color and texture options for clothing and other objects in the game. While the lack of toddlers and swimming pools may be major disappointments for some players, they didn't ultimately affect the entertaining gameplay experience as other added improvements made up for their absence.

[Editor's note: We incorrectly identified the game engine, this has been corrected]

Those worried about performance issues can rest easy as for the most part the game runs extremely well. Past games in the series often suffered from long loading screens, gameplay stuttering, and random crashes to the desktop. The Sims 4 nearly fixes all of those problems but oddly results in a new issue that will be having many series fans scratching their heads in both confusion and anger. Instead of The Sims 3's open world neighborhoods, The Sims 4 has separated each lot into it's own mini world that now results in a loading screen between every lot change. No longer can your Sims simply walk around the neighborhood to other lots, but now must use a fast travel option from their phone that is always accompanied by an unavoidable loading screen. The only positive aspect of the separated lots is that they run extremely smooth and now contain more Sims in turn avoiding the barren atmospheres of past games.

After all the pre-release drama and now that The Sims 4 is available to players it's fortunate that the core gameplay experience of Sims game is still intact. More importantly, the gameplay of The Sims 4 is still as entertaining and addictive as past games even with the missing content and features. The game's current state is promising for what could be added and improved with patches and content releases in the form of expansion packs and such. It's important for the developers and publishers to learn from their mistakes, even if they don't agree with players, to add back features that players expected to be in the game. Ultimately, The Sims 4 must stand alone from past games and for that assessment its easily recommended as a purchase for both series veterans and newcomers.

The Sims 4 is available now for PC through Origin.

The Sims 4 is undoubtedly a major step forward for the series that improves on many aspects that plagued past titles. However, with the improvements also comes an unusual disappearance of features from past games which result in less control and customization. Even with the missing content, The Sims 4 delivers a gameplay experience that is highly-entertaining and addictive for both series veterans and newcomers.