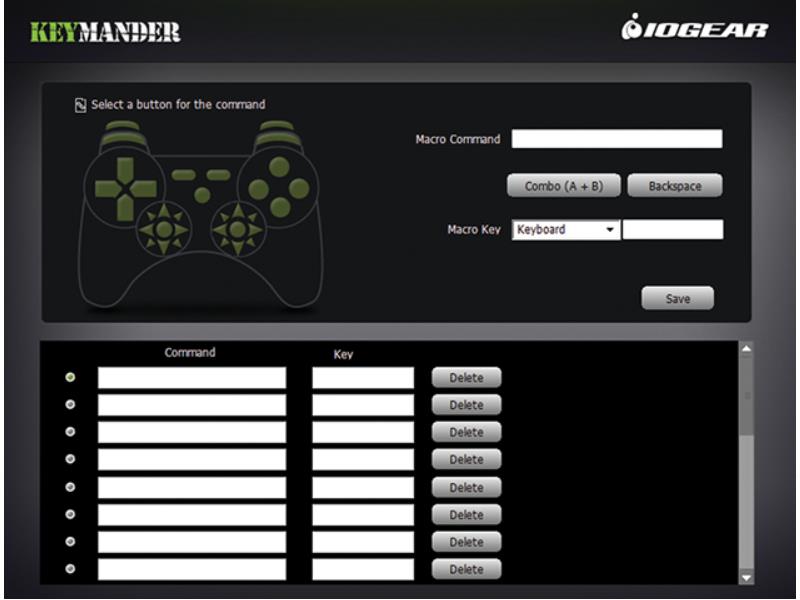 Ah... the age old question: who would win in a gaming battle, the seasoned console player on a standard controller or the old-school PC veteran rocking the mouse and keyboard? The answer seems like a simple one; surely the accuracy of the mouse and keyboard would easily trump the controller. The problem is that there really isn’t a way to get them on a level playing ground in order to find out. Controllers are notoriously bad on the PC platform and the options to use your mouse and keyboard setup on the consoles have been both scarce and unreliable. IOGEAR looks to finally put an end to the debate with their KeyMander Controller, which John looked at back at CES.

The device itself is pretty simple. It consists of a small, set top box with three USB inputs for your devices and three others for connecting to your PC, console, and providing power. The power port isn’t necessary unless you are using a mouse or keyboard that draws an unusual amount of power such as higher speed mice and more complex keyboards. The setup is relatively simple for basic use, albeit a little messy thanks to all of the wires; of course, this could be reduced with the use of a wireless mouse and keyboard, although you will need to take range into consideration when playing in your living room.

In my scenario, I used both a wired mouse and keyboard, because I have personally never had luck with wireless devices when it comes to PC gaming. As a result, the configuration was a bit messy to say the least; I had wires everywhere, stretching from my PS3 to the Keymander itself, and onto the mouse and keyboard on my coffee table. I really saw the benefits of wireless devices one everything was laid out, but that doesn’t have anything to do with the Keymander and its functionality.

Out of the box, the Keymander works without a hitch when you hook it up to the PlayStation 3. You simply plug everything up and you are good to go with almost every game. Unlike most gaming accessories, you don’t need separate Keymanders in order to use your PC hardware on your other consoles , which is a big plus; a firmware update is all that is required to unlock support for both the Xbox 360 and Xbox One. To do this you will need to download both the firmware file and the PC support software from IOGear website. This takes a little trial and hour as the directions provided for doing so aren’t exactly crystal clear; however as long as you have some experience updating firmware for things such as your routers or other devices, you should be able to figure it out.

The PC software offered on the site can also be used to make adjustments to the default layouts of the keyboard and set up macros for your favorite games. The base setups work fine for standard / popular games such as Call of Duty or Battlefield, however if they traditional controller layout isn’t used in the game, you may need to do some key reassignments in order to make it more comfortable. You can set up profiles for your different games so that you do not have to remap everything each time you throw in a new title or switch to a different system.

Performance wise, I found the Keymander to be a mixed bag. Most of my time with the device was spent on Call of Duty Ghosts on the PS3, Garden Warfare on the 360, and Titanfall on the Xbox One. The default control mappings worked fine for these games, and anyone who has played a shooter on the PC would be able to jump in and figure out the which buttons do what very quickly. However, even for the most experienced PC player, there is going to be a bit of a “learning curve”, or period of adjustment to get used to the cursor sensitivity on the consoles. There is a bit of tweaking that will need to be done in order to get things running smoothly. The default sensitivity settings on the console games are much lower than the standard settings on PC, so things will feel really sluggish when you first start off. You will really need to crank up the settings in each of the games’ option menus in order to make the most of potential accuracy of the mouse.

Herein lies a major problem: not all games give you the option to adjust the sensitivity setting. Sure, it is a standard setting with games like I have mentioned above, however when trying to utilize the device with other games such as Resident Evil: The Darkside Chronicles, you’re stuck with the default, slow moving cursor that just feels weird when using a mouse. Light-gun style games are another genre that I thought would have benefitted greatly from the Keymander, titles like the Time Crisis series or the Umbrella and Darkside Chronicles. Unfortunately, they are more of a burden to play with the device than anything else. 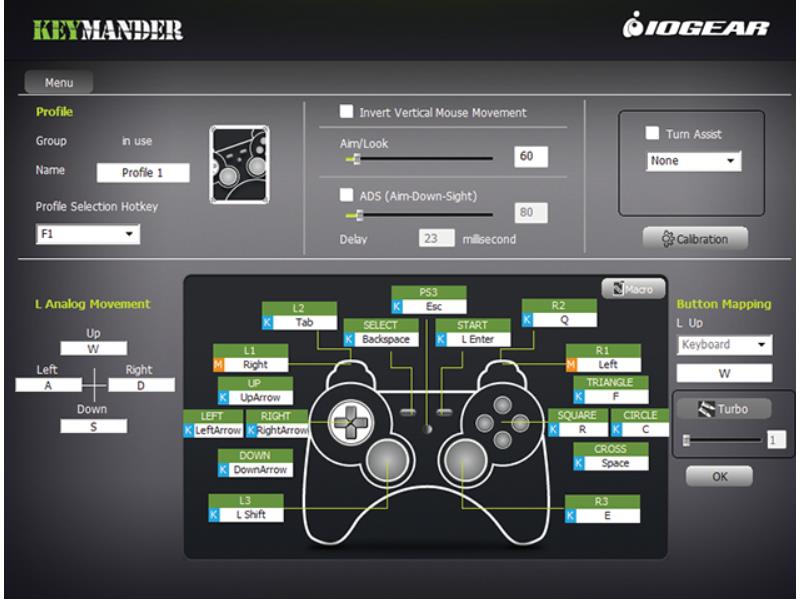 Even when the settings are tweaked to your liking, there is still a noticeable amount of lag present in both the mouse and keyboard on all of the systems. It is miniscule but always present. I checked for interference issues and eliminated every single possible one, tweaked the settings within the games and on the device using the PC software, but it is always there. The PC software itself is also a bit of hiccup in the process as the whole point of this device is to gain access to mouse and keyboard controls on your home consoles, which are usually in your living room. Having to unhook everything and take it to your PC for tweaking and refinement can get tiresome after a while. Then again, once you get your core titles and preferences configured, this is no longer an issue.

All things considered, the Keymander works as it is supposed to but it isn’t the competitive edge that gamers have been hoping for. If anything, I would say that the device puts you at a disadvantage as a result of its unavoidable lag. If you just can’t get used to playing with a controller as a result of your PC-roots, then this will definitely help you make the transition to the console world. However, if you can get by with your console-controller of choice and hold your own in the shooter world, then you are going to be better off sticking with the standard set up.

While the Keymander “works”, it isn’t going to give you that competitive edge that you hoped for on your favorite home console. Console software just isn’t made for this level of accuracy and that shows through when you try to get a leg up with the keyboard and mouse. Plus, the lag noticeable with the device, albeit very small, is enough to keep you from taking full advantage of the PC’s standard control options.