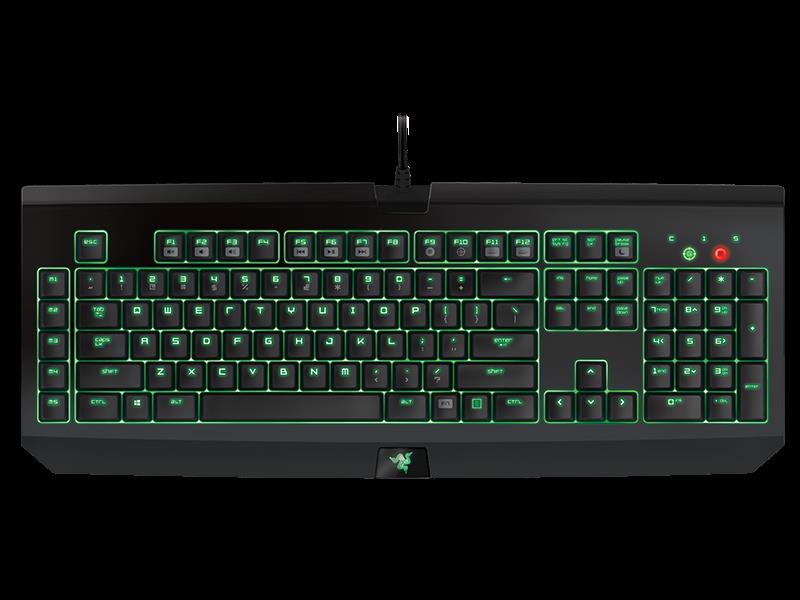 Razer is always looking to redefine their products with new features. They’ve taken some of their previous popular products, made some improvements, and produced a better product than what they had. With the BlackWidow Ultimate 2014, Razer replaced the switches with one they’ve designed on their own.

Let me take you back to last year’s review of the keyboard for a bit. It’s a solid, well-built chassis which looks and feels like it can take a good amount of punishment. You connect to the computer via a USB cable that’s actually split into two connectors. The second is for the USB port replicator on the side of the BlackWidow. It’s still one of the things I wish Razer could improve upon by enabling a single USB connector versus two, but that’s a minor complaint.

They keyboard is pretty much the same as far as features go when compared to their previous BlackWidow Ultimate keyboards, with the one notable exception that I mentioned earlier. It’s got the same layout, same connectors, same design. Media and function keys are at the top with a single line of macro keys on the left side. The right side houses a numeric keypad. Audio connectors are also on board in the same place. In fact, if you place last year’s version and this year’s version side by side, you’ll be hard pressed to notice any differences between the two.

Backlighting is there and has a few brightness adjustments using the Razer Synapse software to configure it. Whether you want to play in the dark or bask in the bright green glow of the keyboard, you’ll be able to set the intensity of the backlighting, but you’re limited to the single color.

Now let’s get to the differences. Cherry MX Blue switches were used with the 2013 edition of the keyboard. With the 2014, Razer has gone and created their own switches. Their goal was to be able to provide both a great typing experience and gaming experience with one type of switch.

Like the Cherries, the Razer switches have that great clicky sound and feel to them. As an old user of the the IBM keyboards back in the day, I’m fond of the audio and tactile feel of these types of switches. Razer has made their switches activate at a higher point. The goal was to allow for faster successive presses. My typing style, however, makes me bottom out on every keypress. So, in that sense, this new design might be a little lost on me. Those that have the skill to be more accurate with their typing may benefit from this design.

Going through a few weeks of typing for work and gaming, I found the keys to be very responsive and I haven’t had any issues with the new switches. Moving from a tried-and-true product like the Cherries to something new can always be a little scary because of the unknown. But, so far, in the past few months, the Razer BlackWidow Ultimate 2014 has performed admirably. I specifically held off on reviewing this product too quickly since the keys are such an unknown and I wanted to make sure performance and accuracy held up over time. That said, in all my gaming sessions with products like Diablo III, Left 4 Dead 2, Battlefield 4, and Call of Duty: Ghosts, the keyboard worked liked a champ. The same can be said when I was using it to write and program in Visual Studio 2013. 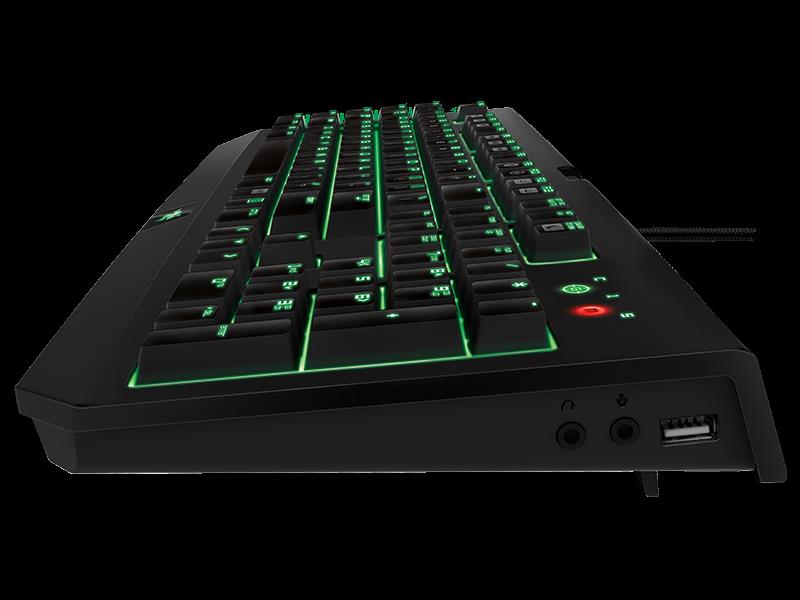 Compared to the 2013 version, I can’t really feel or sense any differences. On paper the switches may be an improvement, but, for me using it in day-to-day operations, I can’t honestly say notice any difference. That’s not to say the Razer switches are bad. On the contrary, for them to work as well, and maybe even better, than the Cherry MX Blues is quite an accomplishment for a brand-new product.

Other than being the same design as the previous year, there aren’t many complaints I have with the new version. I would definitely like to see a bigger improvement on design and features if they make a new version next year. They seem to have the switches down pat. Now let’s make the keyboard better in other facets.

If you already own the BlackWidow 2013 keyboard, I really don’t see the need to upgrade to the 2014 edition. You already have a very solid, well-built keyboard that will give you great performance in gaming and regular typing. If you’re on the hunt for a new keyboard to replace an old one, then you can’t go wrong with the Razer BlackWidow Ultimate 2014 edition provided your typing won’t bother people around you. At the time of this writing, you can pick up the keyboard for around $130, which is a good price for a very well-built keyboard that should last you awhile.

Physically, the keyboard hasn't changed but the internals are all brand new with Razer's own designed switches. The keyboard is well built and works great. I still don't like the breakout cable with two USB plugs and there's only one color option for backlighting. The BlackWidow Ultimate 2014 works well in both gaming and work situations as long as you can be as loud as you want.