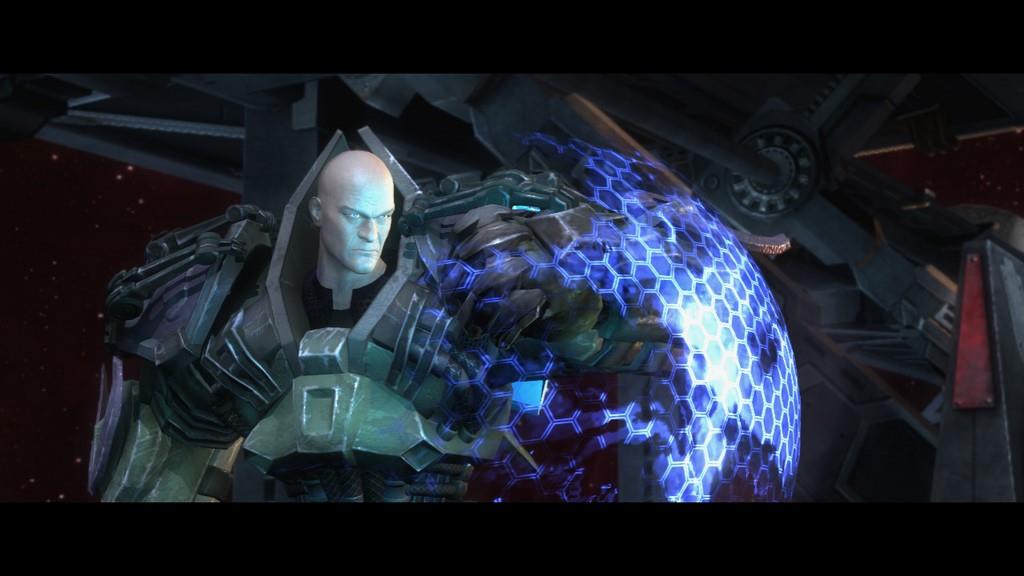 Injustice: Gods Among Us Ultimate Edition

Written by Jeremy Duff on 12/11/2013 for Vita
More On: Injustice: Gods Among Us Ultimate Edition

Note from the reviewer: This review will pull some information from my previous review of the Xbox 360 version of Injustice: Gods Among Us. The gameplay and main aspects of the package are primarily the same as the game that I reviewed earlier this year.

The Vita has sort of become my go-to system for fighting games. Up until this point, I have considered it to be home to the ultimate versions of many of the industry’s recent fighters. I have ditched all of my console versions of games like Mortal Kombat, Ultimate Marvel versus Capcom 3, and Street Fighter X Tekken in favor of the smaller, full-featured versions available on Sony’s handheld. Being a huge fan of what NetherRealm did with Injustice, I felt slighted when the Vita didn’t receive a port of the game when it launched earlier this year. Now, as 2013 comes to a close, that wrong is being “righted” with the release of Injustice: Gods Among Us Ultimate Edition. While this may not be the best version of the game like I was hoping for, it is one hell of a portable fighter.

The Vita version of the game launched alongside the other versions of the Ultimate Edition of the game last month. This package includes the base game along with all of the various DLC characters, costumes, and additional S.T.A.R. Lab Missions that were available for both free and for a cost since the game’s initial launch. All of this content is available to you from the start; from your first play you will have a wide variety of costumes to choose from for your favorite fighters and all six of the additional characters that were released post launch (Lobo, Batgirl, Scorpion, Zod, Zatanna, and Martian Manhunter).

The general game remains the same as it was on consoles. Injustice, like I said previously, is a new breed of fighter. It puts an emphasis on the actual fights rather than the larger than life characters that populate them. NetherRealm is able to do this because they didn't have to worry about developing the characters in this game; players already know these faces, albeit some more than others. Because of that fact, the focus can be put on things that are normally left to lie in the background such as the environments and the overall feel of the world. What results are some of the most impressive and immersive fighting arenas in the history of the genre.

The stages of the game are as integral to the Injustice experience as the characters and their arsenal of powers. We’re are talking about events taking place in the background, although those are abundant, but rather physical aspects that you can interact with and use to your advantage. All of this has translated to the portable game without any concessions, which was something that I was worried about when the game was first announced. You will be blasting your enemies through walls and cinematic transitions that span a wide variety of the DC universe. Plus, you still have all of the interactive objects in the background such as parked cars, gun turrets, dumpsters, and even weapon systems installed in the Batcave and the Watchtower. Add in that aspect to an incredibly diverse roster and you have one of the most unique and varied fighting game experiences that that industry has ever seen. The quality of the actual battles here is top notch which results in an amazing gameplay experience.

The game’s story mode remains the best I have ever played in a fighting game. The storyline itself is incredible, although there are some issues to be taken with its overall execution. The story fails to incorporate everyone on the roster, which is something that made the recent Mortal Kombat so successful. In addition to telling a great tale, MK did an excellent job at introducing you to every face in the experience and gave you a chance to try them out. Especially considering that this version adds six high profile characters to the roster, it would have have been nice to see an extra chapter or two added to bring them into the fold. Although it is a great tale, you still don’t get to touch some of my favorite characters in the game. 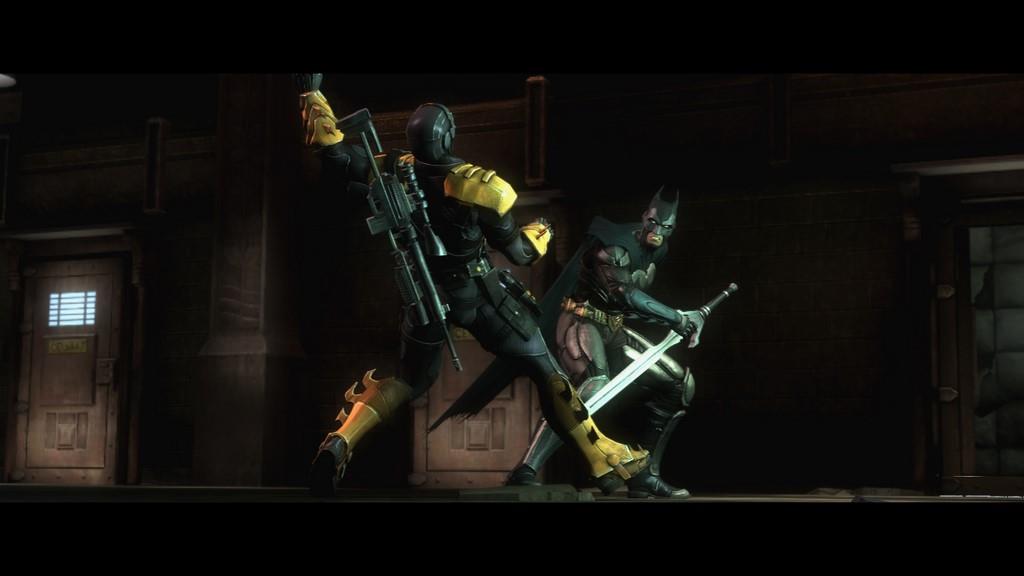 There are some minor differences between the original release and the portable game. Armature, the developer of the Vita port of the game, has done a great job translating the experience down to the Vita. There is the issue of the Vita having missing two shoulder buttons when compared to its console brethren, but the only maneuver that this really affects is the throw command. They haven’t tried to shoehorn in any special touch screen or motion related controls, just because the Vita has the capability of doing so (a mistake many developers have made int he post when porting something to the portable realm). Those features are used in the various S.T.A.R. Labs missions, but in a manner that makes sense. The changes aren’t nearly as drastic as we saw in the Vita port of of Mortal Kombat, which resulted in an entirely new batch of challenge levels tailored specifically to the unique control abilities of the system. Instead, you will get an occasional use of the front touch panel which controls like a charm in some of the quick-time event styled missions.

If there is one place in particular that the game has taken a serious hit, it is in the visual department. The console versions of the game are among the best looking games that the industry has ever seen; the amount of detail that went into the characters and the backgrounds was astonishing. A lot of that detail is lost in the Vita port as the visuals have been scaled back dramatically. The game now looks very washed out and “plain” in comparison to the other versions. At the default settings of the game, it looks downright bad; tweaking the settings in the options menu by lowering the contrast all of the way and bumping the brightness to the highest setting does improve things a little bit. Thankfully the tight gameplay and great combat system overpowers this shortcoming and quickly reminds you just how great the Injustice experience can be.

​Accessibility remains an issue with the Injustice experience. The game is easy to pick up and play, but incredibly hard to master. As with most highly competitive game son the market, jumping online without being well-versed in the ways of the game is a death sentence. Online play pretty well thanks to a variety of online modes, although there is a very noticeable delay in the input time which makes truly competative play nearly impossible. While there are points in time where they tell you the moves and give you a brief tutorial on the gameplay systems being used, they never teach you the higher level stuff that you absolutely need to learn to stand a chance, which is pretty much a basic feature in the modern market.

Despite its flaws, there is just so much to love about Injustice that I could go on forever. Tons of modes, a vast and diverse roster, and unlockables that never seem to end, there is always something to do and enjoy. The game manages to cater to both the comic book and fighting game crowds equally, and the core experience has remained in tact with its transition to the portable market. Don’t hesitate to add this one to your portable collection, just make sure you hold onto your console version(s) if you take part in the competitive Injustice scene.

Injustice has taken a major hit in the visuals department in its transformation to the portable realm but it plays as good as it ever has on Sony’s handheld. Armature Studio has has done a great job in porting the incredible gameplay laid out in the original release to a smaller and more portable package. Everything from the console versions is here both in terms of original material and all of the various DLC skins and S.T.A.R. Labs missions.