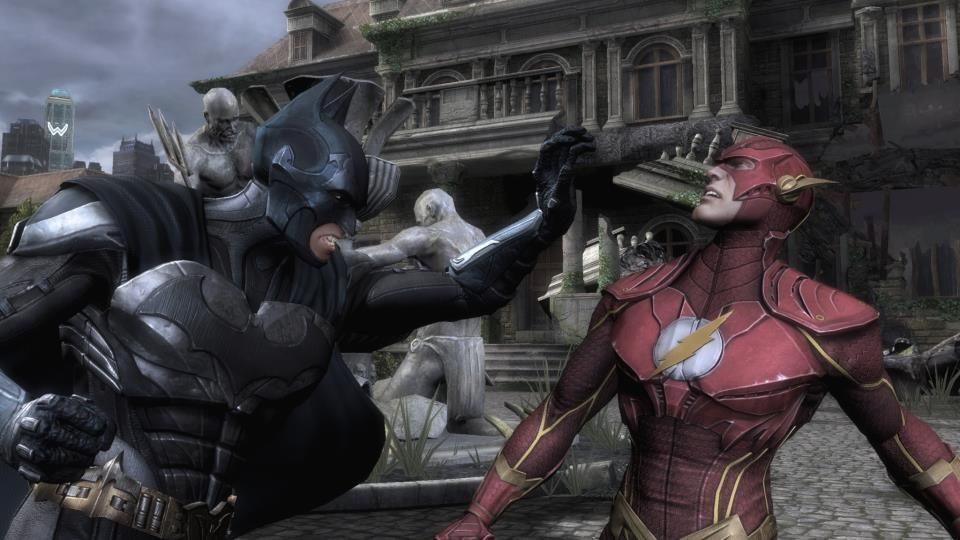 Injustice: Gods Among Us

Written by Jeremy Duff on 5/9/2013 for 360
More On: Injustice: Gods Among Us
Something changed in fighting games a while back. While gamers loved the cast of personalities created for games like Street Fighter and Fatal Fury, once they started added in recognizable heroes and villains like Spider-Man and Magneto, the (fighting) genre was taken to a whole new level. There is a level of familiarity about seeing these characters in this environment that resonates with fans of all ages. These are faces that many of us knew and loved even before we started playing games. Being able to play as them in a game, to put their powers to use in frantic scenarios, is just an awesome feeling.

There is a problem though. These are fighting games that we’re talking about and in order for things to work properly, everyone has to be put on an even level. It sounds good in theory, but you try convincing the world’s biggest Superman fan that Batman can go toe to toe with him; it is an argument that you will never win. Now, I am not going to claim to know the way to overcome this and I certainly don’t envy any developer that takes on that task.That means that I am not envious of Ed Boon and his NetherRealm Studio because that is exactly what they had to do with Injustice, and I’ll be damned: they pulled it off (and they made Aquaman cool, which earns them some special bonus points)!

Injustice, like I said in my preview a few weeks back, is a new breed of fighter, for a number of reasons. First off, it puts an emphasis on the actual fights rather than the larger than life characters that populate them. NetherRealm is able to do this because they don’t have to worry about developing the characters in this game; players already know these faces, albeit some more than others. Because of that fact, the focus can be put on things that are normally left to lie in the background such as the environments and the overall feel of the world. What results are some of the most impressive and immersive fighting arenas in the history of the genre.
The stages of the game are as integral to the Injustice experience as the characters and their arsenal of powers. We’re are talking about events taking place in the background, although those are abundant, but rather physical aspects that you can interact with and use to your advantage. We have seen plenty of this in the trailers for the game over the past year, so it wasn’t a huge surprise that they were there. What did surprise me was the variation and abundance of these elements. Not every character uses them the same, and rightfully so.

For example, say there is a car parked on the level. People like Superman or Doomsday can easily pick them up and wing them at their opponent(s), but you wouldn’t expect someone like Batman or Harley Quinn to do that, and they don’t. Instead Batman may throw an explosive under the car to blow it up, causing damage while Harley will simply use is as a springboard to jump back to a safe distance. It works really, really well, especially in the context of the Injustice universe. That, along with the variety of interactive elements that includes things like turrets, cars, motorcycles, statues, computers, and even weapon systems installed in the Batcave and the Watchtower. This has created an all new benchmark for video game stages and something I hope we see more of in the genre as a whole.

The other big big way that NetherRealm has done right by the superhero concept in the game is by introducing a unique feature to the control setup in the form of the trait button. While most of the attack options between the characters are similar, consisting of light, medium, and hard attacks, this gives them a chance to show off what makes them special. The trait button does something different for each character of the game, something unique to their individual abilities. It allows Batman to bring out some tech-weaponry, Flash’s speed hims up (well, slows the world around him down), and Green Lantern buffs himself with a charge from the lantern. This creates different strategies for every character and really helps them each to feel unique in their own right. Add that to what is already an incredibly diverse roster of 24 characters, and you have one of the most varied experiences I have seen in the history of fighting games.

Injustice’s success doesn’t all stem from making itself different from the competition; they have also taken some patented ideas from recent games and made them even better. In particular, I am speaking about the game’s bevy of modes and features. There is a ton to do regardless of your you preference (single- or multiplayer) and they are all done in spectacular fashion. The game’s story mode is perhaps the best I have ever played in a fighting game. The storyline itself is incredible, although there are some issues to be taken with its overall execution. The story does fail to incorporate everyone on the roster, which is something that made the recent Mortal Kombat so successful. In addition to telling a great tale, MK did an excellent job at introducing you to every face in the experience and gave you a chance to try them out. The story here is much better, but you don’t get to touch some of my favorite characters in the game (I am staring at you Hawkgirl). The quality of the writing and the story itself more than makes up for this shortcoming though.

The campaign isn’t the only concept taken from MK as the Challenge Tower concept has been perfected with Injustice’s STARS Labs mode. This mode combines the concept of non-traditional gameplay challenges with the traditional training modes that recent fighters have been including. Each fighter in the game has ten unique missions, some of which simply teach you their various special moves and combos while others completely alter the game from a traditional fighting to other things like shooters or racing games. It does a great job at adding variety to the experience and keeps thing fresh when the fighting starts to feel repetitive.

It is also worth noting that the development team has fully embraced the competitive fighting scene that is becoming immensely popular. Within the individual move lists of each character, which are accessible from the pause menu, there is a variety of frame data and timing information given that will mean the world to truly competitive gamers. This is information that they usually try to figure out for their selves and NetherRealm is laying it out for them up front. Hopefully this sets a standard that other developers will follow in the future. 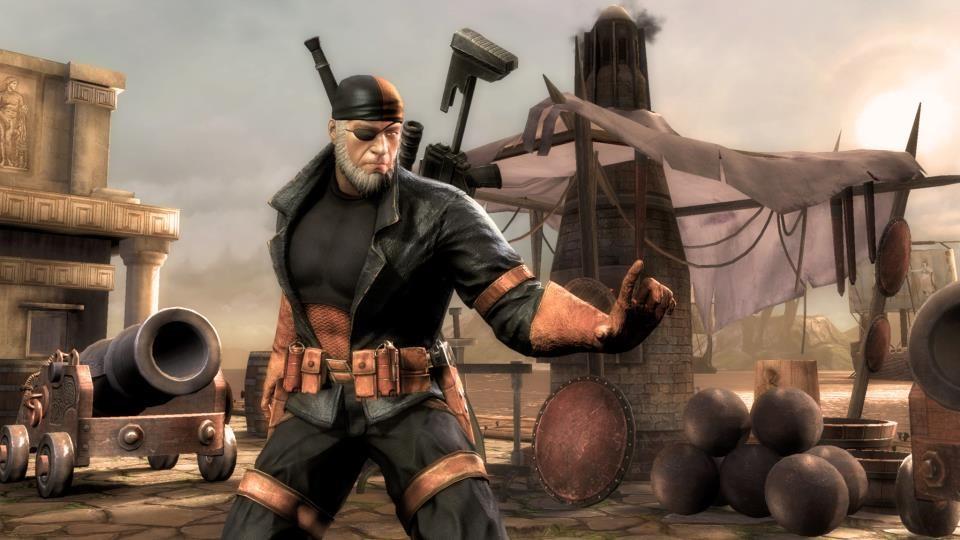 If there is any issue to be had with Injustice, it lies in its accessibility. Sure, the game is easy to pick up and play, but incredibly hard to master. As with most highly competitive game son the market, jumping online without being well-versed in the ways of the game is a death sentence. Online play, which works incredibly well thanks to great netcode and a variety of online modes, is populated with a lot of fantastic players. Heading into that world unprepared is going to truly put a damper on the experience as you are going to get destroyed and, unfortunately, the game never really does anything to help you reach that level of preparedness. While there are points in time where they tell you the moves and give you a brief tutorial on the gameplay systems being used, they never teach you the higher level stuff that you absolutely need to learn to stand a chance. Granted, not all games do this anyways, but other titles like the recent Guilty Gear, BlazBlue, and Dead or Alive releases have gone the extra mile to truly train the players. You will have to take some initiative and

There is just so much to love about Injustice, I could go on forever. Tons of modes, a vast and diverse roster, and unlockables that never seem to end, there is always something to do and enjoy. The game manages to cater to both the comic book and fighting game crowds equally, which is something I worried about leading up to its release. Most importantly, it does so without compromising either group: the combat is intense and competitive while all of the characters feel amazing in their own individual ways. Although they are being brought down to an even level for the sake of balancing, its doesn’t feel that way during the course of a battle when Superman is launching cars and dumpsters that your Batman can only jump off of or use in conjunction with an explosive device. Regardless of which camp you fall into, be it the DC or the fighting faithful, you have to pick this one up!
Injustice looks great, plays great, and feels like a breath of fresh air for the fighting game genre. NetherRealm has done a great job at stepping back and shifting the focus to making you truly feel like someone with super-abilities, not just a generic fighter (person). The entire package embraces that concept and delivers an experience that would normally be found exclusively within the pages of a DC comic book.