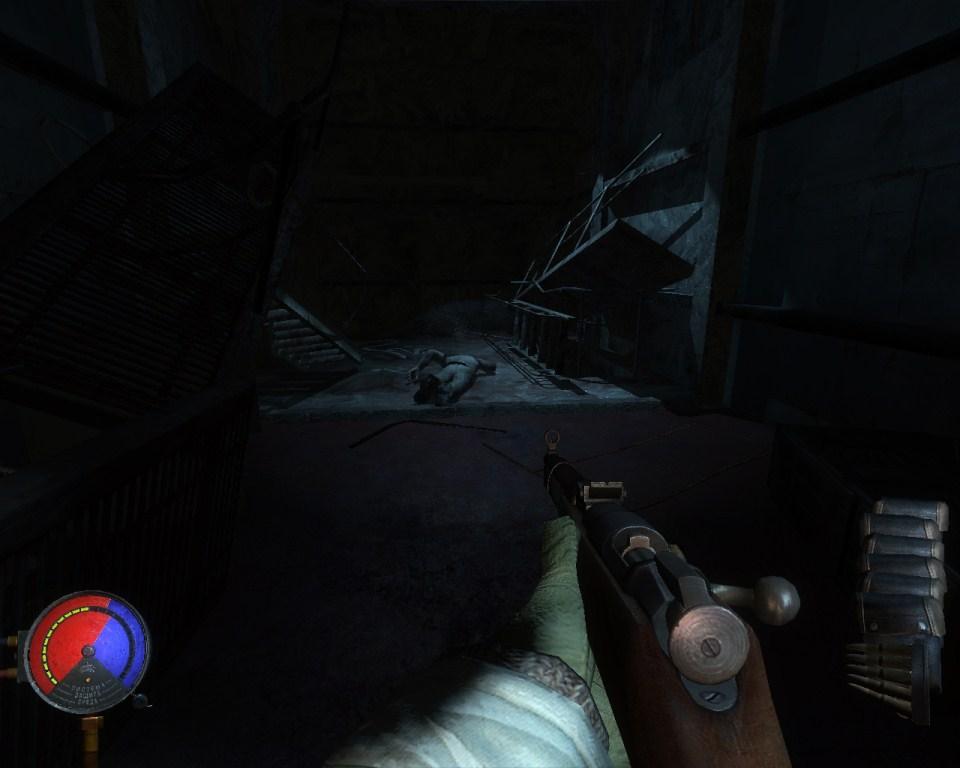 Cryostasis: The Sleep of Reason

Written by Jake Wolfe on 7/14/2009 for PC
More On: Cryostasis: The Sleep of Reason
In the beginning of Cyrostatis, you start out listening to a story being told to you by the narrator,relayed through notes scattered around a dead body in the snow. You will come across more notes like these later on in the game. The story  behind Cyrostatis is that of an old Russian tale whose story is not unlike that of the rise of the ship's crew against it's captain after the shipwreck.

Cyrostatis is set in 1981, and the main character, Alexander Nesterov, is a meteorologist aboard the North Wind, a nuclear icebreaker shipwrecked in the North Pole. Every level, expect for some of your character's flashbacks, Mental Echos and one or two levels set outside in the frozen storm on the Arctic, are set inside the ship. There, there is little light, heat, or anyone to talk to. You are completely alone aside from the zombies that inhabit the ship, and a few dead sailors you meet on the way, whose souls you save by correcting the mistakes that cost them their lives. 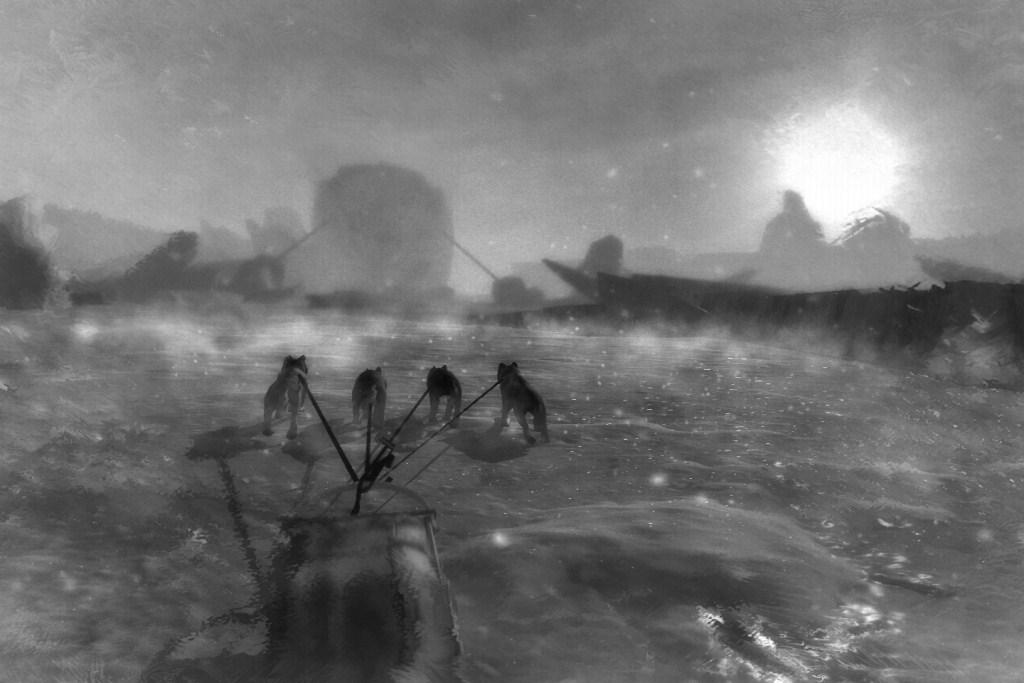 The graphics of the game are well done, and the physics, especially that of the water at certain points in the game, are very realistic, and add on to the quality of the game. The mood of the game is one of cold, frozen, darkness. At times, you feel a sense of fear, because at any time, an unseen enemy could jump at you and attack, surprising you, and making you jump out of your seat. Since everything had gotten wet one way or another, many surfaces in-game are frozen, and are a cold gray-blue.

As you progress through the game, you learn more of the story through flashbacks. You also come across many dead crew-mates, many of whom are zombies.. For this reason, you will take any good weapons you can find. This starts out as a simple lock and chain you wrap around your fist, to a bolt-action rifle. You find the lock and chain shortly after you enter the shipwrecked vessel in the beginning of the game, and along your quest you will find a shovel, an ax, and several rifles. You will find a new weapon about once or twice every other level, and after you've found them all, you go through the last levels without any new weapons. At any point in the game, you can select any of the weapons you've already picked up, out of your inventory.

Your first enemy appears right after you get your first weapon; a lock and chain,. A pretty easy enemy to defeat. After several levels, you will start fighting 2 at a time every once in a while, and after a few levels, some much harder enemies. Some enemies are much harder to defeat than others, and sometimes you will fight several at a time. The zombies range in appearance from thin, gray sailors, to stronger, more half-dead looking zombies. Their clothes are tattered, and they look beat up, but very tough, and aggressive. They're easily defeated, as long as you have a way to hit them with your weapon a few times, or fire 3-5 shots at them. Some enemies will take more hits than others. 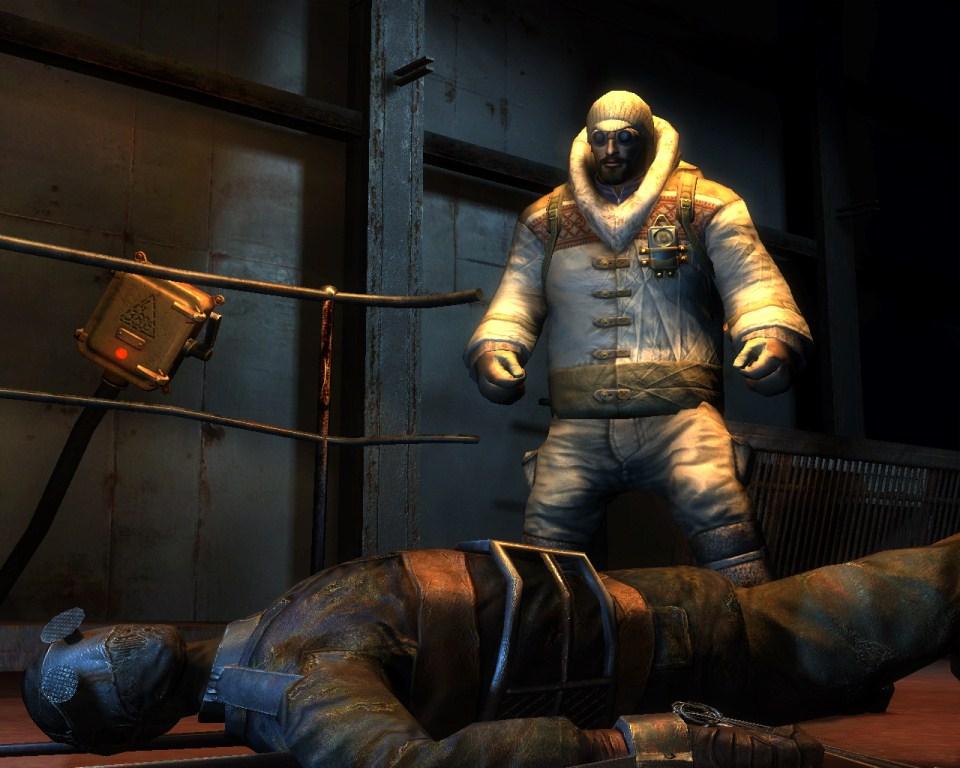 Eventually, you discover that the ship's captain started down a deadly journey through a part of the see filled with icebergs and very thick ice, ignoring the warning of his first mate, at some point causing the shipwreck. Sometimes you will come across dead crew-mates who aren't zombies. This is where your "Mental Echo" ability comes into play. You use this ability not only to look into the memories of the dead men you come across, but to correct their mistakes, so that they may live. After you correct their mistakes, their body will disappear, and according to tips given to you earlier on in the game, this somehow improves your character.

Another important tool, aside from your weapons and Mental Echo, is your flashlight. Of course, this is used to see when it's dark. Because there are no longer any living crewmen, other than the zombies, aboard the ship, there is little if any light in most areas of the ship, therefor, you will have your flashlight out much of the time. But you will often get the chance to hit a bit red button that turns some light on in your area.Mental Echo isn't the only original feature in this game. Because the environment you are in is so cold, an obvious solution to fighting the cold is heat. This is used as your health meter. Whenever you come across a source of heat, you simply hold down your right mouse button, and you gloves will come off, and you will gladly accept the heat into your body, causing your health meter to rise. And, if your stamina is low, it will also rise much faster than if you weren't at a heat source. Clever, eh?

The only real problem with Cryostasis the fact that multi-core processors aren't utilized, making the game very slow, and appear rough and choppy at times, even making your character very jumpy sometimes, making it very hard to play the game much of the time. This sometimes isn't a problem, and other items it is. It just depends on what else you're running, I suppose.

Another problem is the game's lack of multi-player or free play, which normally makes playing time in a game much, MUCH shorter. But to compensate, the developers made sure the story mode was long. And trust me, it'll take several days to win, at the extreme least. And that's if you've played before. 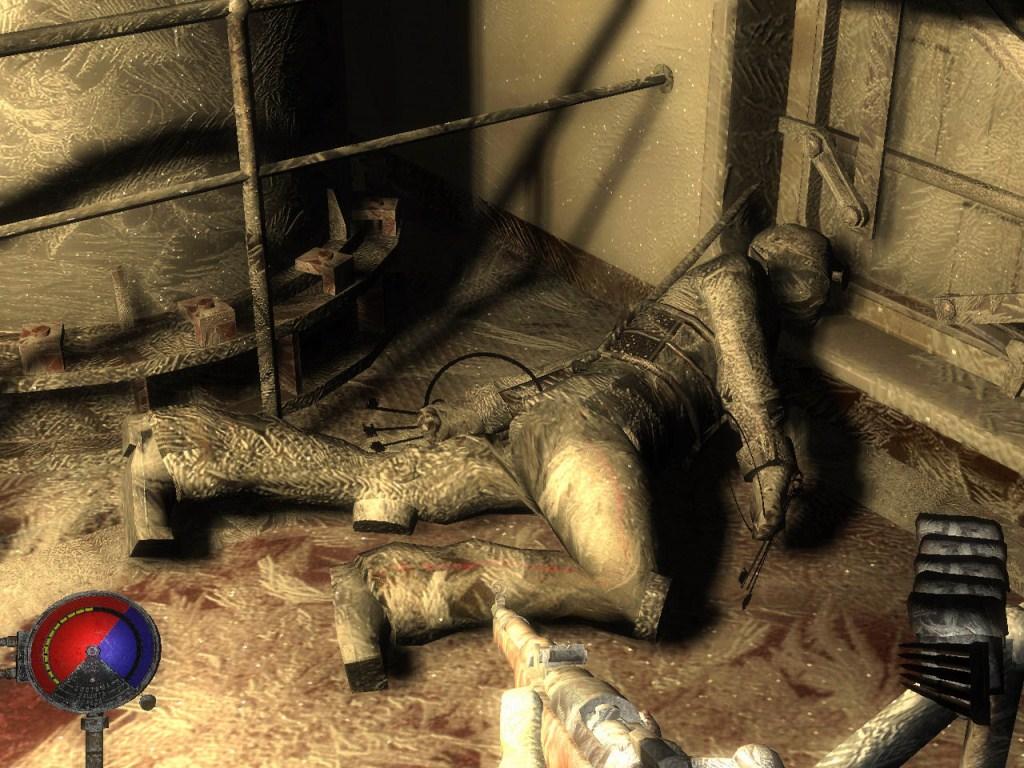 Aside from that, there isn't really any other problem. The controls are easy to grasp, just the usual WASD and space bar, using the mouse the most. Left-click for attack, and right-click to get heat from a heat source, or to use objects such as handles, or to open doors. The only other important controls you need to know are the number keys, for quick access to your different weapons that you've previously picked up in the game. If you're out of ammo for your rifle and you want your ax, just hit the "3" key. That's about all you'll need to know control-wise.

Progressing through the game's many long levels is quite slow, and it doesn't help that the game runs so slowly at times, making the pacing very slow. As you continue on through the ship, you continue deeper into it. From the outside of the ship, to far inside it. The AI moves quick and isn't stupid.. Sometimes you find yourself running away from an enemy to get enough time to reload your rifle, to save your health because it's low, and you will find that you can't hide because no matter what, even if the enemy can't see you, they'll find you. But when playing the game, the AI isn't too much better than it should be, and it's not so dumb that you can stand in front of an enemy and they won't see you. The AI's just right.

Other than what's been said, there isn't much else that can be said about Cryostasis. An average game with a good story and some annoying bugs. But overall, worth playing, but after you win the game, you won't likely find any more reason to keep playing, unless you decide to play the story again.
While the game is sometimes hard to play and the story is at times hard to comprehend, Cryostasis is definitely original. It's certainly worth a try, and perhaps a buy, although it's up to you whether it's a better-than-average story-based game, or just a below-average role-playing game.

What can I say? Because my parents were both gamers at some point in there lives, it was in my blood to be a gamer, and we owned a Super Nintendo, it wasn't hard for me to pick up the Super Nintendo controller and start clicking away... The SNES was my first love. The N64, PC, GameBoy Advance, PS2, and PSP follow and suit, in that order. The first games I ever played were Super Mario Bros. 1-3, including the Lost Levels, Super Mario World, Donkey Kong Country 1, and Super Empire Strikes Back, and ever once in a while, I'll still pick up a controller and play... But my love for gaming has matured since then, into a love of just about anything gaming. In-particular, Sony and PC gaming. I've never been a fan of Xbox, and the PlayStation 2 was always there for me when the Xbox wasn't... And after GameBoys came and gone, I'll still play a GameBoy when I get the chance, although my portable gaming taste has gone from Nintendo to Sony, the GameBoy Advance is still better than all the rest. My love for PC gaming has also grown as I learn and understand more about the personal computer and what it can do, along with the limitless possibilities that come with PC gaming. With this kind of history, I'm a gamer for life.