NinjaBee details A Kingdom for Keflings for XBLA

by: Dan - posted: 8/4/2008 8:48:00 AM
More On: A Kingdom for Keflings
NinjaBee, developer of Band of Bugs, Outpost Kaloki X and Cloning Clyde announced details for their latest Xbox Live Arcade title, A Kingdom for Keflings. The game puts a bunch of Keflings under control of a giant who has them work and train to develop and build a city. The game will feature all four seasons and original music that will change based on progress in building the city. Online co-op will also allow up to four players to simultaneous build cities. A Kingdom for Kefflings is slated for a Fall release on Xbox Live Arcade. 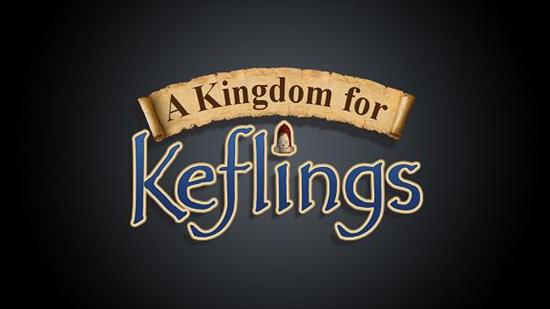 Orem, Utah - August 4, 2008 - NinjaBee, a division of Wahoo Studios and a leading independent developer of Xbox LIVE® Arcade titles, has announced details about its newest title, A Kingdom for Keflings. This innovative city-building title comes from the studio that developed and published the popular games Band of Bugs, Outpost Kaloki X and Cloning Clyde.

A Kingdom for Keflings puts players in the shoes of a giant who has the ability to design and construct an intricate city for the local Keflings. Each giant starts out with a small handful (literally!) of helpful Keflings who follow the giant's every command. These Keflings can be trained to become lumberjacks, miners, transporters, sheep shearers, scholars, and various other professions as they help build the kingdom from the ground up.

"We wanted to make a city building game where the player is more personally involved instead of controlling an abstract floating hand," said Steve Taylor, President of NinjaBee. "A Kingdom for Keflings transports the player to a world they create and allows them to relax, enjoy the world and create a strategy that works for them."

A Kingdom for Keflings will feature fun and light-hearted gameplay with stunning visuals and original music to match. Players will build through all four seasons, with a dynamic musical score that changes depending on the progress of the city. Players of all ages can customize their kingdom by painting buildings and walls, planting trees and topiaries and constructing statues and other works of art. The online multiplayer option allows up to four giants to build a kingdom cooperatively over Xbox LIVE. A Kingdom for Keflings will be released later this fall on Xbox LIVE Arcade.