by: Chuck - posted: 6/28/2008 10:07:00 AM
More On: BioShock
One of my favorite t-shirts is the Bioshock that was released last year as part of a competition they had to celebrate the launch of the game.  The design (below) is simple, beautiful, and forgoes the usual garishness of a gaming t-shirt.  I actually spent 10 minutes explaining the game and the design to my girlfriend last week as it's not an obvious gamer shirt.   Well the folks at 2K games are holding another competition  for the launch of the PS3 version of the game this fall.

The winner scores a ton of swag including two exclusive figurines, and a signed poster from the 2K Marin crew as well as the honor of having their artwork printed on t-shirts for gamers around the world.  More information on the contest can be found over at The Cult of Rapture. 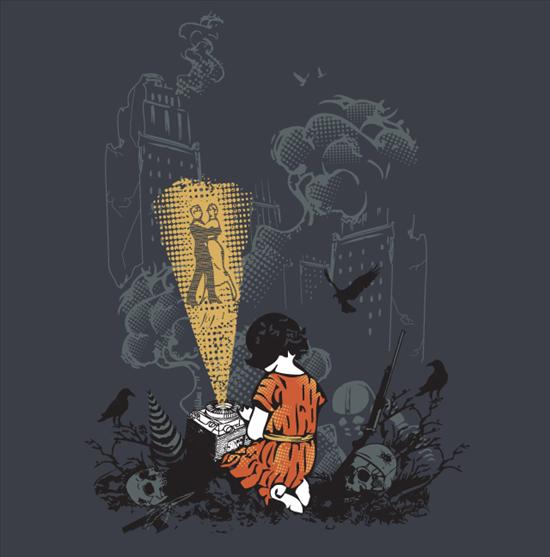