Sea Life Safari and Elements of Destruction this week on XBLA

by: Dan - posted: 6/16/2008 12:34:00 PM
More On: Xbox Live Arcade
It is another week of double XBLA releases, as Sea Life Safari and Elements of Destruction are slated to hit the service. Elements of Destruction allows players to use a natural disaster machine to control such things as tornadoes, lightning and earthquakes to try and rack up as much damage as possible to the corporation that fired you. The game was developed by Frozen Codebase. Sea Life Safari is a bit calmer title, where users are an underwater photographer exploring below the water line many different species, routes and reefs. Both titles will be available for 800 Microsoft points at 5:00 a.m. EST on Wednesday June 18th. 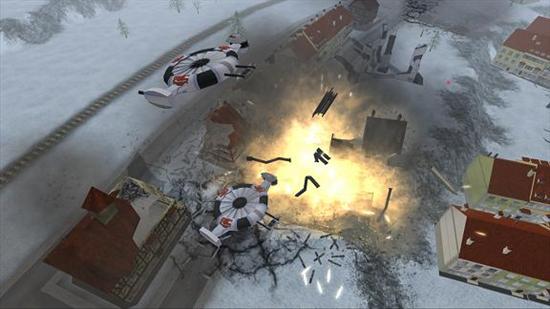 Control Forces of Nature in Elements of Destruction and Explore the Ocean with Sea Life Safari on Xbox LIVE Arcade This Wednesday!

Command the forces of nature in “Elements of Destruction™” and dive into a family-friendly underwater adventure with “Sea Life Safari,” both launching on Xbox LIVE Arcade this Wednesday, June 18, 2008 at 9:00 a.m. GMT (1:00 a.m. PDT).

Assume the role of the master of disaster! Use tornadoes, lightning, earthquakes and many other forces of nature to do your bidding in “Elements of Destruction.” Fired from your job as a top research scientist, you have built a machine that allows you to control nature and exact revenge on the corporation that fired you. Your quest for revenge takes you to locations across the globe where you must use the forces of nature in challenging ways. Shake down buildings with earthquakes, suck-up and throw objects with tornadoes, and strike down aircraft with lightning to cause mayhem in cities and towns across the earth.

Developed by Frozen Codebase, “Elements of Destruction” will be available worldwide (with the exception of Japan) for 800 Microsoft Points and is rated T for Teen by the ESRB.

Assume the role of an underwater photographer that is tasked with capturing the incredible beauty of wild sea creatures in “Sea Life Safari.” This family-friendly game features 60 animated marine life, five uniquely beautiful destinations and an easy-to-understand tutorial. Explore the tropical Coral Reef or swim towards the Ship Graveyard, capturing stunning pictures to fill up your personal scrapbooks. The underwater setting of “Sea Life Safari” also features secret routes, hidden items and special appearances by rare nighttime creatures to keep gamers coming back for more.

Developed by Sierra Online, “Sea Life Safari” will be available worldwide for 800 Microsoft Points and is rated E for Everyone by the ESRB.