Roogoo and Aces of the Galaxy on XBLA this week

by: Dan - posted: 6/2/2008 5:15:00 PM
More On: Xbox Live Arcade
Xbox Live Arcade will have Aces of the Galaxy and Roogoo released on it, continuing the two-fer that we saw reemerge last week. Aces of the Galaxy is a retro-style space shooter that features upgradeable weapons and allows for local of Online co-op. Roogoo is a unique puzzle game that has players stacking and passing puzzle pieces. The game can have up to four people co-op or two player online mode while working over the 45 puzzles. Aces of the Galaxy and Roogoo both will cost 800 MS points and be available at 4:00 a.m. EST on Wednesday, June 4th. 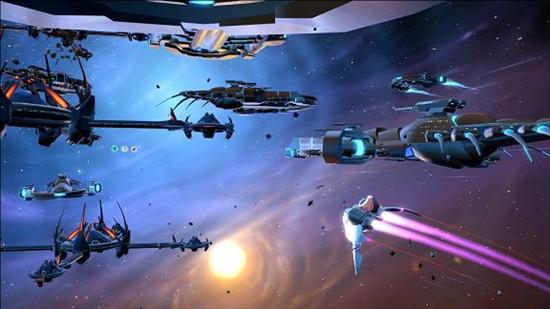 Enjoy the frantic action of "Aces of the Galaxy," an old fashioned arcade adrenaline-pumping shoot-em-up that allows players to save the Universe from the wicked Skurgian Empire. Players annihilate enemy ships with an impressive arsenal of upgradeable weapons including high-powered missile launchers, devastating torpedoes and the relentless chain gun. Battle intense waves of enemy Skurgians against a breathtaking outer space backdrop, and choose to fight alone or join up with a friend at home or via Xbox LIVE.


"Roogoo" updates the square peg in round hole premise to a whole new level. Help the Roogoo defeat their enemies, the evil Meemoo, in "Roogoo," a new and innovative action based-puzzler with addictive gameplay. Players line up multiple platforms on different levels to allow shaped blocks to pass through and once enough stack up, that particular shape closes off. A simple premise becomes more complicated as Meemoos begin to obstruct players' paths and butterflies attempt to steal blocks away. Players must swivel, roll and boost their way through 45 puzzle-filled levels alone or with up to four friends in cooperative party mode play. For those with a more competitive spirit, "Roogoo" offers a two-player multiplayer mode over Xbox LIVE where players battle to solve the same puzzle and can build up attacks to thwart their competitors' efforts.

Developed by SouthPeak Games, "Roogoo" will be available worldwide (with the exception of Japan) for 800 Microsoft Points and is rated E for Everyone by the ESRB. For more details on "Roogoo" please visit: