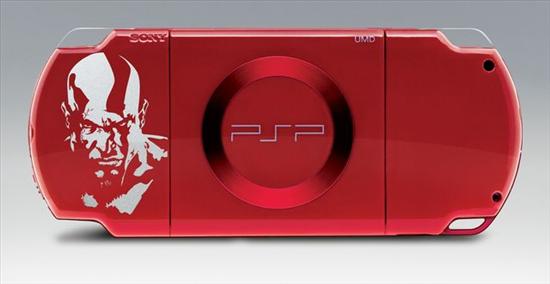 SCEA also announced the June 2008 availability of the limited-edition God of War® PSP Entertainment Pack for $199.99 (MSRP). The God of War Entertainment Pack will include a “Deep Red” PSP with God of War himself, Kratos, silk-screened on the back of the unit, a copy of the highly anticipated upcoming God of War: Chains of Olympus game for PSP, the hit comedy movie from Columbia Pictures, “Superbad™,” on UMD™ (Universal Media Disc), and a PLAYSTATION®Network voucher to download Syphon Filter®: Combat Ops from PLAYSTATION®Store. The stand-alone version of God of War: Chains of Olympus launches on March 4, 2008.

“Working closely with our retail and publishing partners and sharing our hardware and software roadmaps at Destination PlayStation gives us a great opportunity to outline some key milestones for the year. In response to incredible demand, we will be manufacturing more 80GB PS3s for North America and the Metal Gear Solid 4: Guns of the Patriots 80GB PS3 bundle is an ideal way to offer that continued value to our consumers,” said Jack Tretton, president and CEO, SCEA. “With Blu-ray having won the format war, our stellar software line-up and a broad product portfolio, we will continue to drive the incredible momentum we’ve been generating since last fall.”

SCEA will introduce the DUALSHOCK 3 wireless controller for the first time in North America in April 2008 for $54.99 (MSRP). DUALSHOCK 3, which incorporates both rumble and motion sensing SIXAXIS™ technologies, maintains the award-winning design and precise, responsive features of PlayStation controllers. The added rumble feature, combined with the SIXAXIS system, enhances the gamer experience with more interactive, intuitive and immersive game play experience and will work with more than 100 current PS3 titles.

In additional news coming from Destination PlayStation, SCEA announced Metal Gear Solid®4: Guns of the Patriots will be available in North America in late Q2 2008. A Metal Gear Online “Starter Pack” will also be launched to support online game play. Gamers can select a single player experience or take the action online with up to 16 players and battle it out using the latest weapons and stealth techniques. For those eager to take on Solid Snake’s nemesis, Liquid Ocelot, a nationwide pre-sell promotion will enable gamers to pre-order Metal Gear Solid 4: Guns of the Patriots and be guaranteed access to a multiplayer beta test for Metal Gear Online scheduled for late April.