Sensible Soccer and Tempest to debut on XBLA this week

by: Chuck - posted: 12/17/2007 12:03:00 PM
More On: Xbox Live
Microsoft announced today that Tempest (400 points) and Sensible Soccer (800 points) will be released on XBLA this week.  Not a bad pairing if you're into retro or soccer games.  Sensible Soccer sounds a little more interesting as it's a full on remake of the 96/97 version of the game. 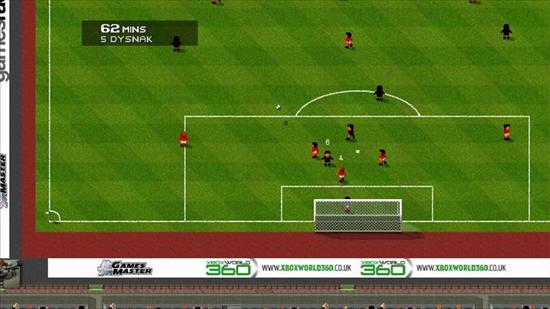 The game that inspired a generation, “Sensible World of Soccer,” and a game that will have players reliving their quarter dropping days, “Tempest™,” arrives on Xbox LIVE Arcade this Wednesday, December 19th at 9:00 a.m. GMT (2:00 a.m. PST).

“Sensible World of Soccer” draws on the 96 / 97 original to re-create one of the most influential games of all time for the first time in HD. Challenge friends over Xbox LIVE, kick it solo in Career mode or flex your managerial muscles by leading a team to the Champions league! The game also features a helpful tutorial mode to bring players up to speed on the most popular sport in the world. Published by Codemasters Online, “Sensible World of Soccer” will be available worldwide, with the exception of Korea, for 800 Microsoft Points and is rated E for Everyone by the ESRB.

A true classic, “Tempest” is an intense shooter game requiring skill and lightning quick reflexes. Players must harness their firepower to shoot and destroy enemy hordes in a desperate fight for survival across fluorescent geometric battlefields. “Tempest” contains both the original and enhanced gameplay modes. The game will be available worldwide, with the exceptions of Japan and Korea, for 400 Microsoft Points and is rated E for Everyone by the ESRB.