BioShock Wins Multiple Awards at Spike TV VGA's, including Game of the Year

I'd have to agree with all of the accolades the game is receiving - it's got an amazing atmosphere and the game play is very entertaining. If you haven't played it yet,  what are you waiting for?

More details on the awards after the jump: 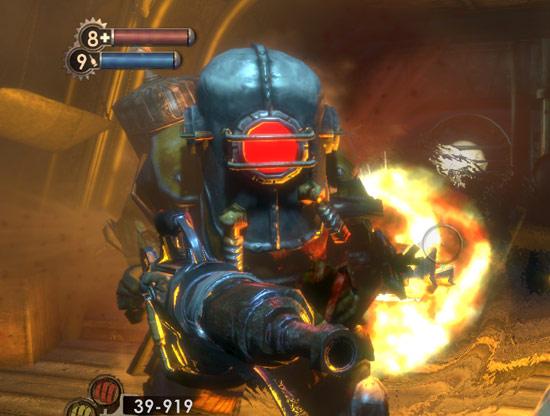 2K Games is pleased to announce that BioShock was selected as the winner for 2007’s Game of the Year, Best Xbox 360 Game and Best Original Score at Spike TV's 5th annual ”Video Game Awards.” The show pays tribute to the outstanding achievements of games, designers, animation, breakthrough technology, music and performances of the past year in the world of video games.

Developed by 2K Boston and 2K Australia for 2K Games, BioShock is a ”genetically enhanced“ first-person shooter that lets players do things never before possible in the genre. Gamers enter the game as a castaway in Rapture, a decaying art deco underwater utopia torn apart by civil war. Caught between powerful forces and hunted down by genetically modified ”splicers“ and deadly security systems, players have to come to grips with a deadly, mysterious world filled with powerful technology, fascinating characters and morality defining choices. To make it to the end, players can turn everything they encounter into a weapon, biologically modify their body with plasmids, hack devices and security systems, upgrade weapons, craft new ammo variants, and experiment with different battle techniques. No encounter ever plays out the same and no two gamers will play BioShock the same way.

BioShock’s award-winning score was created by film, television and video game composer Garry Schyman and can be downloaded for free at: www.2kgames.com/cultofrapture.