Switchball and Word Puzzle coming to XBLA on Wednesday

by: Chuck - posted: 11/5/2007 12:23:00 PM
More On: Xbox Live Arcade
Microsoft announced today that Word Puzzle and Switchball will be released on Xbox Live Arcade this Wednesday.  Both titles will set you back 800 points and will be available for download Wednesday morning. 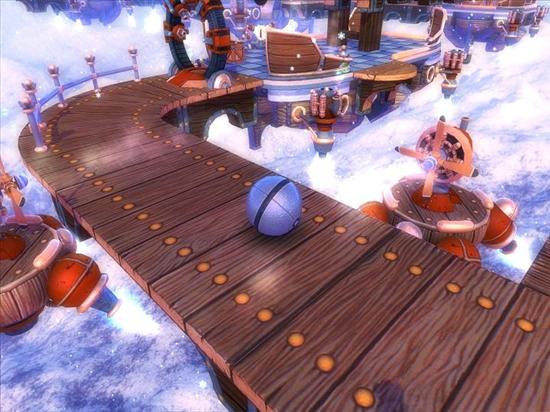 Boost your brain power with “Word Puzzle,” a new spin on the classic word search game, and make Sir Isaac Newton proud as you embrace the laws of physics with “Switchball” on Xbox LIVE Arcade. Both games will be available this Wednesday, November 7, 2007 at 9:00 a.m. GMT (2:00 a.m. PST).

The traditional pen and paper word search game is taken to a whole new level this week as InterServ brings “Word Puzzle” to Xbox LIVE Arcade. This brain-busting game features intricate 3D boards, exploding word bombs and a whole host of synapse melting challenges and special effects. With five unique game modes, LIVE support for up to four players and Xbox LIVE Vision Camera support, “Word Puzzle” will keep you playing with friends and family for hours. The game will be available worldwide for 800 Microsoft Points and is rated E.

In “Switchball,” players conquer breathtakingly beautiful labyrinthine mazes as they manipulate the unique physical properties of an ever-changeable ball to solve clever puzzles. Morph into the Metalball and ram objects out of your way, charge the Powerball to dash up ramps and jump over obstacles, switch to the Airball to float over physics based death traps or use the Marbleball for speedy rolling around action. Created by Sierra Online, “Switchball” empowers players to harness the laws of physics and triumphantly roll their way through five elegantly detailed 3D environments or they can join friends in 2 player co-op or 8 player competitive racing fun through Xbox LIVE. The game will be available worldwide (with the exception of Korea) for 800 Microsoft Points and is rated E.