So yesterday evening was the last day of a full 40 day "season" in FIFA 23's Ultimate Team mode... or so I thought. In Ultimate Team, you gain XP for accomplishing various tasks and that can turn into free card packs or cosmetics in the season progress objective. I checked my game and I was about 4,700 XP away from the final, and biggest reward - a choice of three 87 rated players to pick. I looked at the remaining objectives and the math worked out. I just needed to play a few friendlies and 6 games on Squad Battles and I would log all the XP I needed. Nice!

So I get to work and got about 4 games left to play, which will take about an hour, and there are three hours left in the season when all of the sudden, the game won't let me start a new match. Curious? I try and log out and back in and find the screen below waiting for me...

Who in their right mind plans a "scheduled maintenance" right over the last three hours of a 40 day freaking event? I get if you want to do maintenance in between the seasons, but then change the timer from 40 days to 39 days and 9 hours and cut it out from the beginning of the next event not the daggum end of the last one! That's like... the most important part!

Ridiculous. I was exactly 122 XP from the last reward with 3 hours to spare and the carpet gets pulled right out from underneath me. Do better EA and do better FIFA 23. This might be the push that makes me drop FUT for the rest of the year. I'm so disappointed. 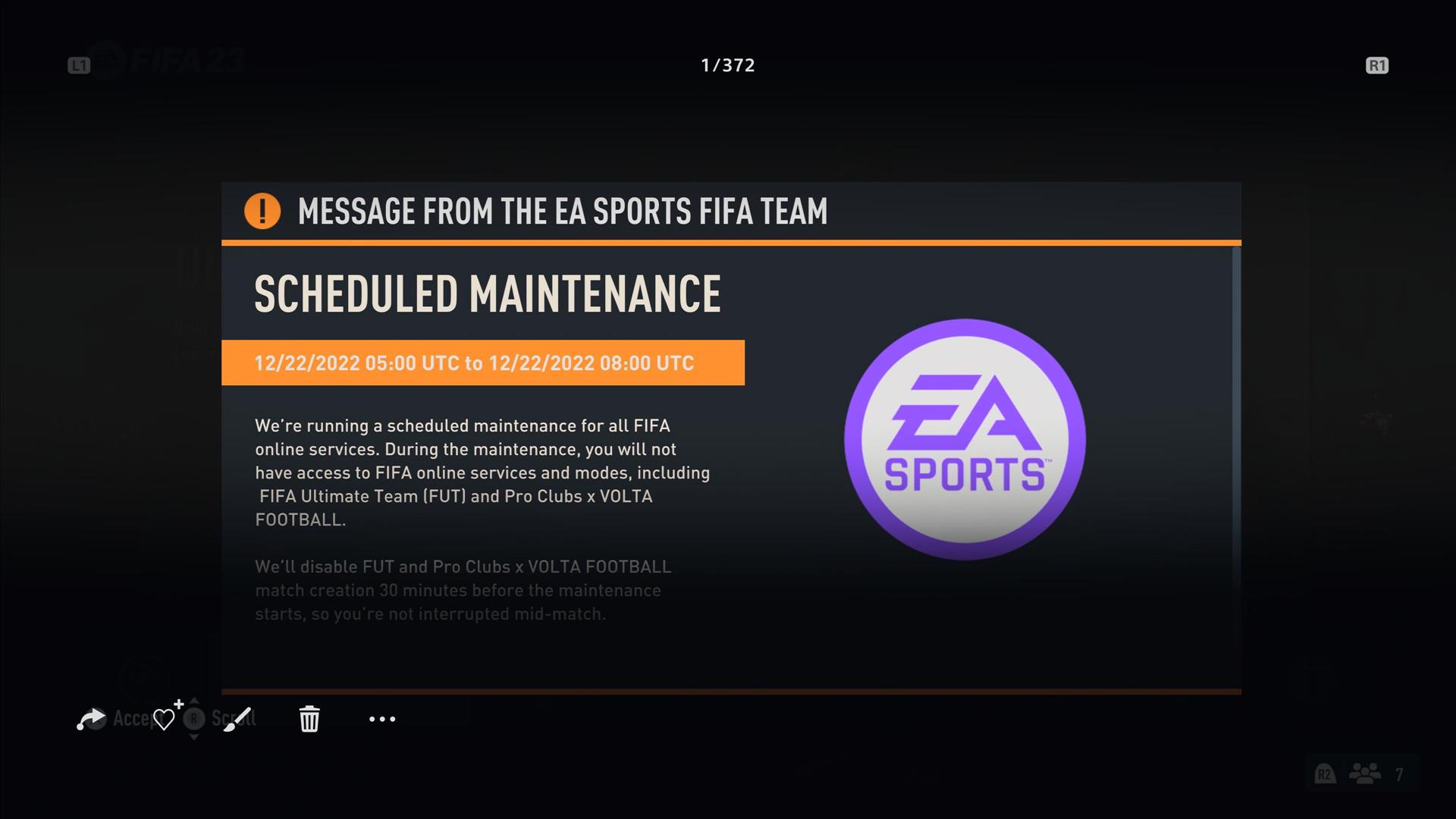