Mod tools released for Dying Light 2 - and prizes too!

The official developer tools for Dying Light 2 have gone live, enabling the creation of customer maps and mods. Developer Techland has also partnered with mod.io to create the "Shape your City" contest with a $50,000 prize pool for the best custom maps.

"Over 700 custom maps were created for the first Dying Light game. Working with Techland to bring the next iteration of custom maps for Dying Light 2 Stay Human to PC and console, we aim to unlock a wider audience for user generated content (UGC) than ever before. UGC is too good for players to miss, making official mod support accessible to all is an ambition we’re excited to share with Techland, and their creator community.”

Dying Light 2 is available for PC and consoles. Eric gave is a 9 in his review. Console dev tool support is planned but not available at this time. PC dev tools can be found as free DLC on Steam or the Epic Games Store. More info about the Shape Your City contest can be found on the official site: https://techlandgg.com/goodies/shapeyourcity 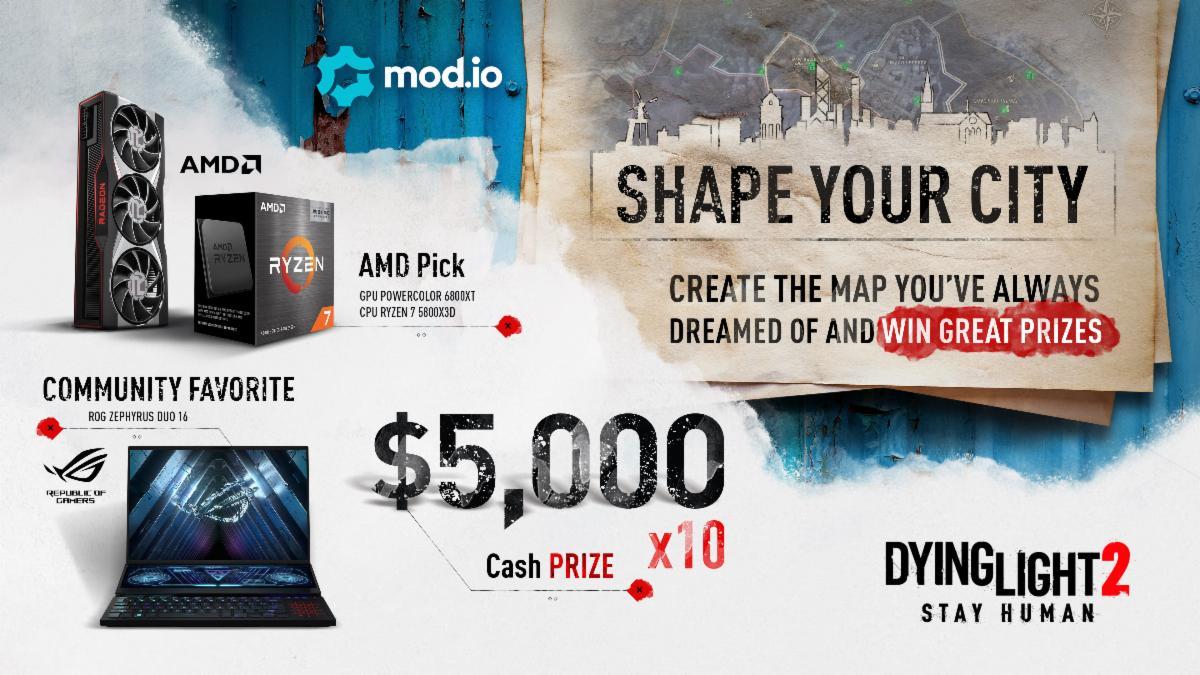