The Yakuza spinoff game Like a Dragon Gaiden: The Man Who Erased His Name is still a ways off but we got some info about it today by RGG Studios confirming the beloved Cabaret Club mini game will make it's return.

The Cabaret mini game was featured in both Yakuza 0 and Yakuza Kiwami 2 in which you manage a Cabaret club. You recruit girls, dress them up, and then place them at tables of men visiting the club. You have to pay attention to each table as well as they will have certain requests and you'll have to step in and help them. It's so simple but it's incredibly addicting at the same time. Very exciting to see this return.

Like a Dragon Gaiden: The Man Who Erased His Name will release in 2023 on PS4, PS5, Xbox One, Series X and PC. 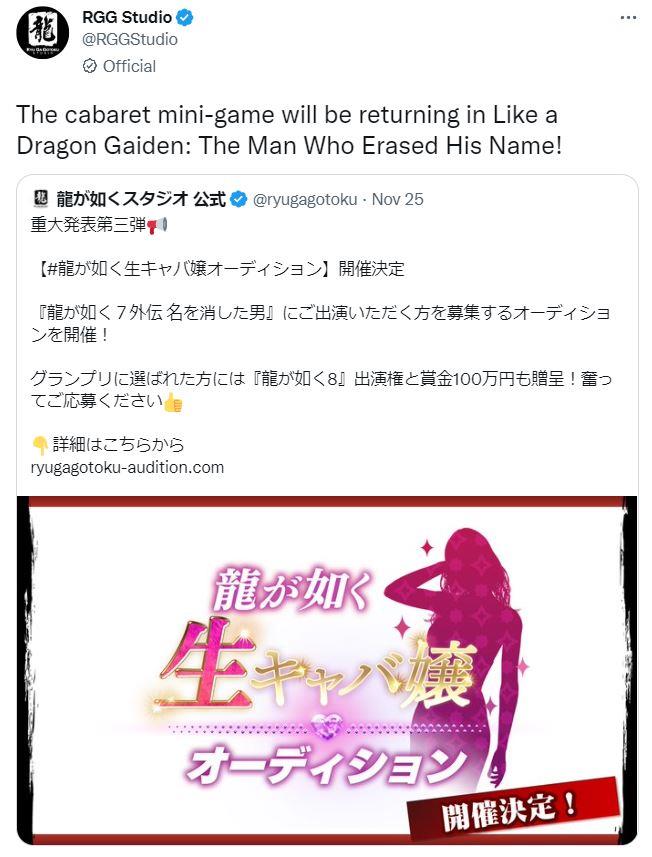