The most popular video games on social media in 2022

We’re getting down towards the end of the year, and best of 2022 lists are beginning to be made. I got an email from Spotify that my 2022 rewind was just around the corner. I also got an email today about social media's most popular video games. While most of the list is not surprising, one or two caught my attention. Games like Elden Ring, Pokemon Legends: Arceus, or Horizon Forbidden West made the list; all three are huge titles. “Elden Ring is the most popular video game on social media in 2022. With 6,000,000,000 Tik Tok views and 356, 997 Instagram posts, Elden ring is one of the biggest game releases of 2022 so far. The game’s elements of taking gameplay from the Souls franchise and combining it with a story by George R. R. Martin has scored huge numbers across social media.” I think WWE 2K22 might be the most shocking one for me, I don’t follow wrestling at all.

You can see the whole list, or even all of the findings that Uswitch found, including Dynasty Warriors 9 being the most underrated game of 2022 and Counter-Strike having a 2,319% growth since its release in 2012. 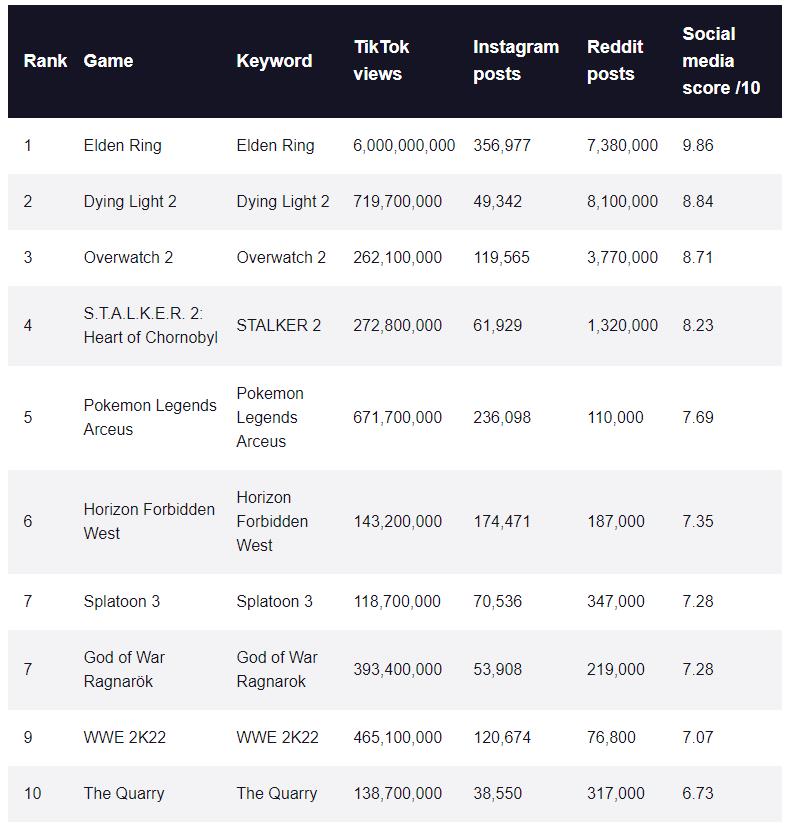 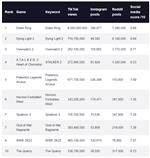