Gears of War was first released 16 years ago today and yeah, I know, time flies doesn't it? Truly feels like it was yesterday. To celebrate the occasion, Netflix has announced that they will be working on projects for the Gears franchise.

On their official Twitter account, Netflix has announced that they are developing a full length live action feature film based on the series and are also creating an adult animated series as well. No other information was given.

There is one and only one choice for Marcus Fenix and that is Dave Bautista. Rumors of a Gears movie have been circulating for over a decade and every time it happens there is one thing the fans can agree on that is casting Dave as Marcus. He is perfect for that role and they went one step further in Gears 5 by allowing you to play through the campaign with Dave Bautista as Marcus. Either way im totally excited for both of these as Gears is a perfect game to adapt to other mediums. 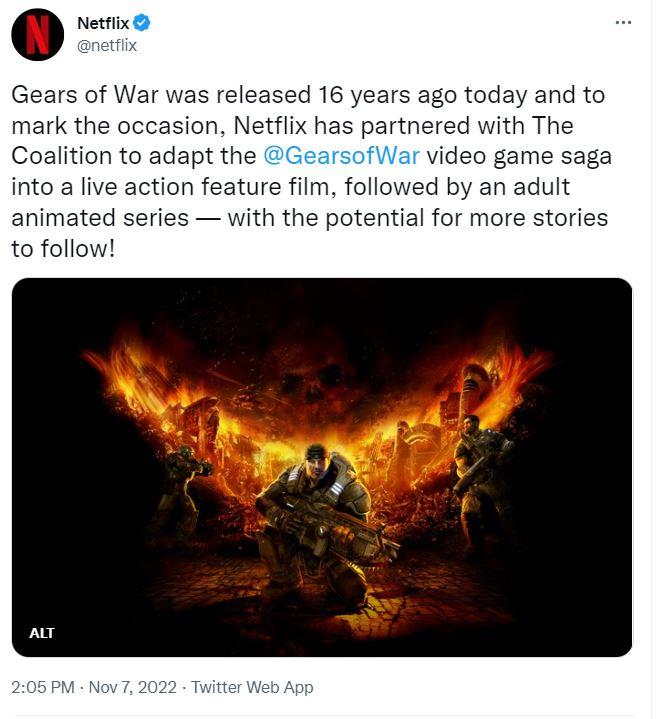