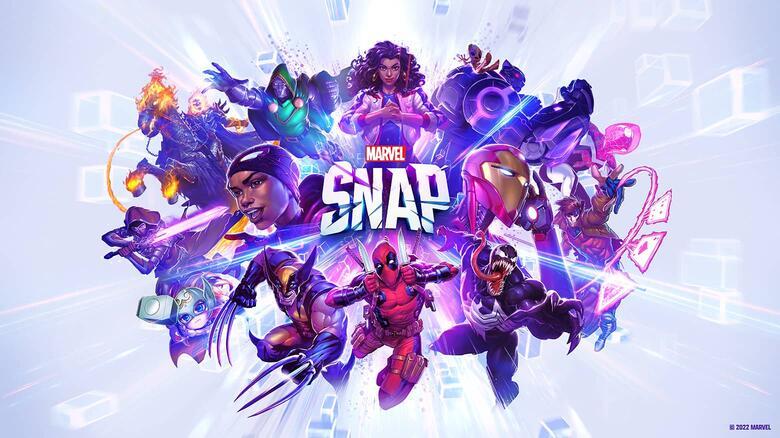 I should be working on a review right now. Instead, I’ve spent all my free time in the last few days playing Marvel’s new mobile title Marvel Snap. If you’ve been under a rock since October 18, Snap is a new digital collectible card game developed by Second Dinner. If like me, you haven’t heard of Second Dinner, you are not alone; after all, this is their first title. I bet you’ve heard of Hearthstone, though. Second Dinner was founded by former Hearthstone game director Ben Brode and former Hearthstone executive producer Hamilton Chu.

When Hearthstone was fresh on the scene, I immediately fell in love with the game. I was a big Magic: The Gathering and Pokémon TCG kid growing up. My summers growing up were spent at the local card shop playing those games all day. When Hearthstone was released in 2014, I was an adult. That meant I had adult money. In the first couple of years of Hearthstone’s release, I kept up with the meta. Eventually, I had to bow out as my wife was starting to question why I was spending a small fortune on a game I was growing to complain about more and more. She was right, Hearthstone had lost its shine, and I moved on. Once I learned that Marvel Snap was made by two people who had a huge influence on early Hearthstone, I knew this was something to check out.

For me, everything feels like it is in sync with Marvel Snap. The deck size, you use 12 unique cards- no duplicates in a deck which feels like the right amount; not too big, the right amount of chance. Every card has a Marvel character with a cost, power, and often a special ability. There’s no board control. Both players take their turns at the same time; once all the cards are down, you then see the results. The player with the highest power number at each of the three locations wins said location. You need to win two out of the three to win the overall match. Marvel Snap usually only has six rounds, players of course can forfeit before that if they feel they can’t win, saving them rank points.

Once I finished the introduction to the game, gaining the same exact cards as everyone, I was able to participate in the current season, Symbiote Invasion, for free. I enjoyed it so much after two days that I went ahead and bought the season pass; it gives you more rewards for playing and some variants of a few cards.

I love how Marvel Snap unlocks cards. You get new characters by playing. As you play, you randomly level up one of the characters in your deck, earning a collection level. There are three pools of cards to collect. The first pool is for levels 18-214; there are 46 cards you collect in random order. Once you hit collection level 222, you get one of the 25 cards in that pool randomly. There are three pools in all; pool three is the biggest and takes the longest to collect; I’ve just gotten into pool two myself.

I don’t feel like the people who have dropped money into Marvel Snap are doing better than I am. Sure they’ve climbed the ladder faster than I could have, they’re already drawing from pool 3, but I don’t notice. Because of the rank system, I don’t typically encounter them. I’m in the second pool, so I’m playing against other people in the second pool. It seems like the meta of Marvel Snap changes from pool to pool, so it isn’t something I need to worry about.

The simple truth is I’m having fun and a lot of it. All of my free time this week has been spent playing Marvel Snap. Matches take three or four minutes, perfect for a free second. I’m not a phone game kind of guy. If I’m standing around someplace, I usually have my phone out looking at TikToks, but not anymore. I caught up and finished the season pass in five days, unlocking the final variant a week before the season ends. I’m now waiting for the last week of the season quests to begin in a day so that I can get more of the bonuses. Marvel Snap is my new obsession, and I can’t see it stopping anytime soon.