Dicey Dungeons should check all my boxes, but it doesn't

I have a pile of games that I always say I’m going to get to. It’s gotten to the point where I add three of four games to the pile before I play one of them. Some are newer releases, like Stray; others are much older, like Chrono Trigger. One day, I keep saying to myself, one day. For the last two weeks, I haven’t been actively reviewing a game, so I thought I might as well get to that list. After a few swings, I landed on Dicey Dungeons.

In Dicey Dungeons, you play as one of a handful of anthropomorphic dice; each one has a different set of abilities and playstyles. Each level has a board you need to reach the end of. You can clear the whole board if you wish or just head straight for the exit. Along the way, you fight monsters and gain new loot through various means. Once you reach the final board, you take on an end boss. 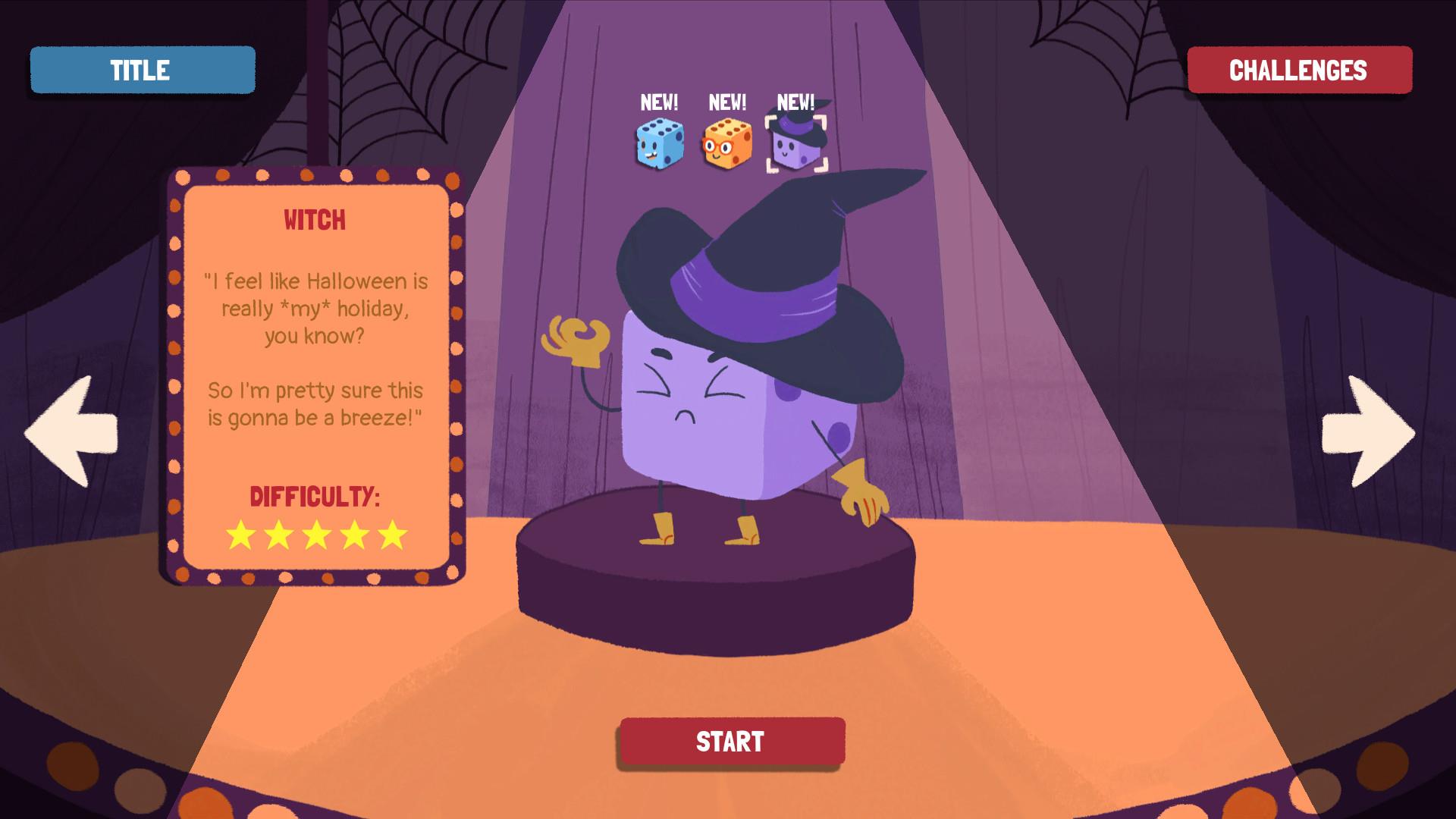 Dicey Dungeons fits the roguelike mold well. You can pick up and start a new run at any point; play sessions can range from a few minutes, if you’re unlucky, to about a half hour to clear all the boards for a level. Instead of looking like a traditional dungeon crawl, the game looks and feels like an old-school board game. The levels are still procedurally generated, the genre's mainstay, as is the turn-based combat and permanent death of your dice character.

Beginning a round is easy enough. Choose from one of the five classes; there is a sixth hidden class to unlock, and that's about it. Each class plays differently from the others; the only trick with picking the class is the difficulty. Difficulty in Dicey Dungeons is measured by the class you choose. I was fortunate that the class I enjoyed the most, the Warrior, was the starting class. The mechanics of each class don’t feel like a gimmick but rather a new spin on the game. When choosing which level to play, each one has a different parameter. These are new spins on the traditional first level. I felt like the parameters were gimmicky. Some of them made playing that level felt like a chore, while others made it almost impossible to complete with certain classes. 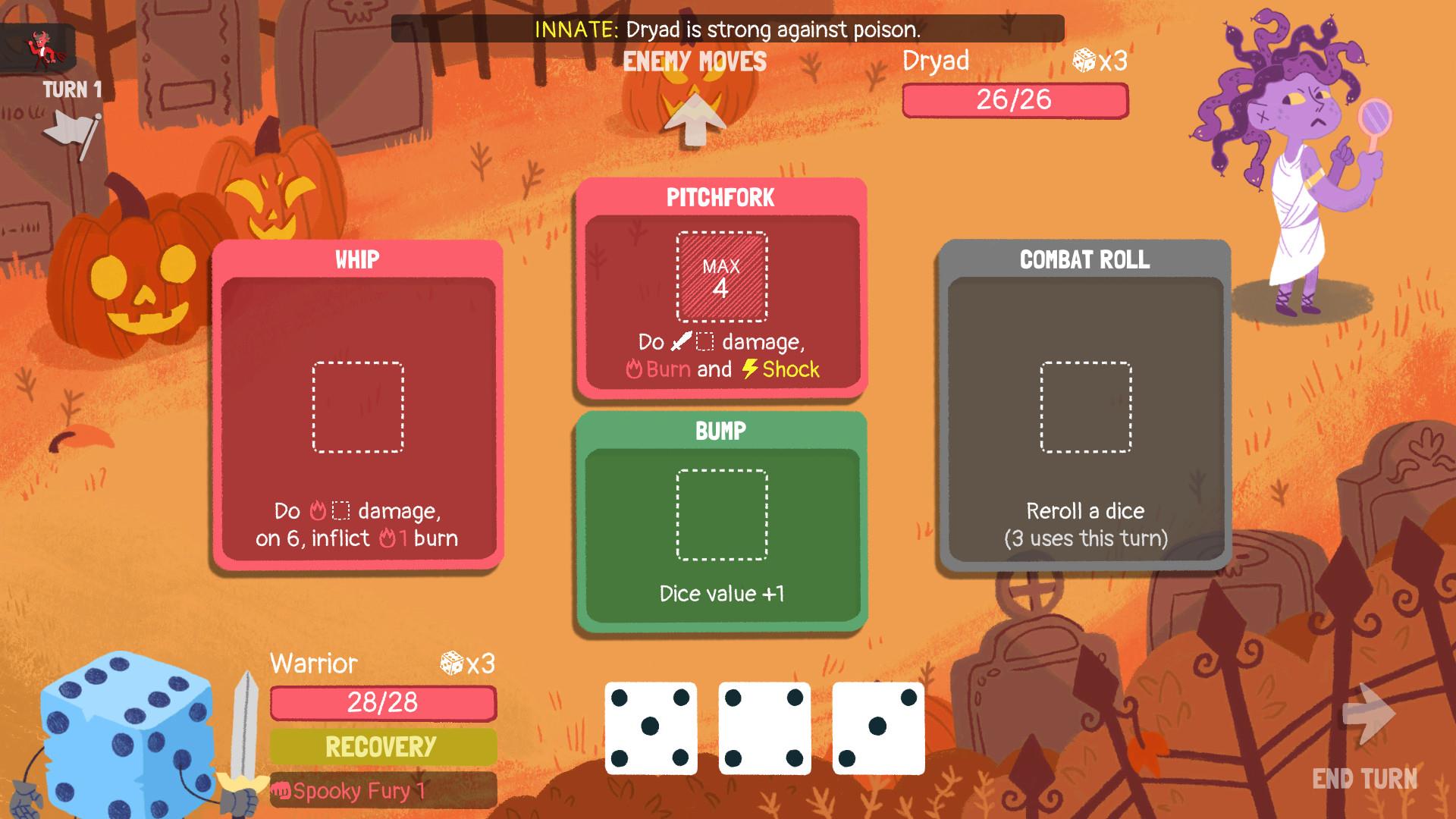 Dicey Dungeons doesn’t seem hard. Rather, it seems unfair. Dice rolls rarely went my way. While it claims to be random, I couldn’t help but feel it was titled toward making it more difficult than it needed to be. Yet, I also had times when gameplay was titled my way. If I could come across the perfect pairing of cards, I would become unstoppable. Nothing stood in my way. I could tell by the time I finished the second board what kind of run I would have. I found myself giving up at the start of the third board if I didn’t feel like my attack cards were good enough. Dicey Dungeons lacked the cohesive synergy to be in the middle of too unfair and too easy.

Dicey Dungeons has a strange hold over me. While I find the core gameplay fun and the art style unique, I can’t get over how unfair Dicey Dungeons feels at times. The RNG feels like it is purposefully working against the player. When I need low numbers on dice, I only receive high ones; then, when I need high ones, I roll ones and twos. Somehow there existed an addictiveness. I found myself coming back for more, again and again. There were always one or two hurdles in my way from beating that level. Perhaps it was the frustrations of coming close and losing in the end that kept me coming back. Part of it is the pure competitiveness I have; I knew I could do better. 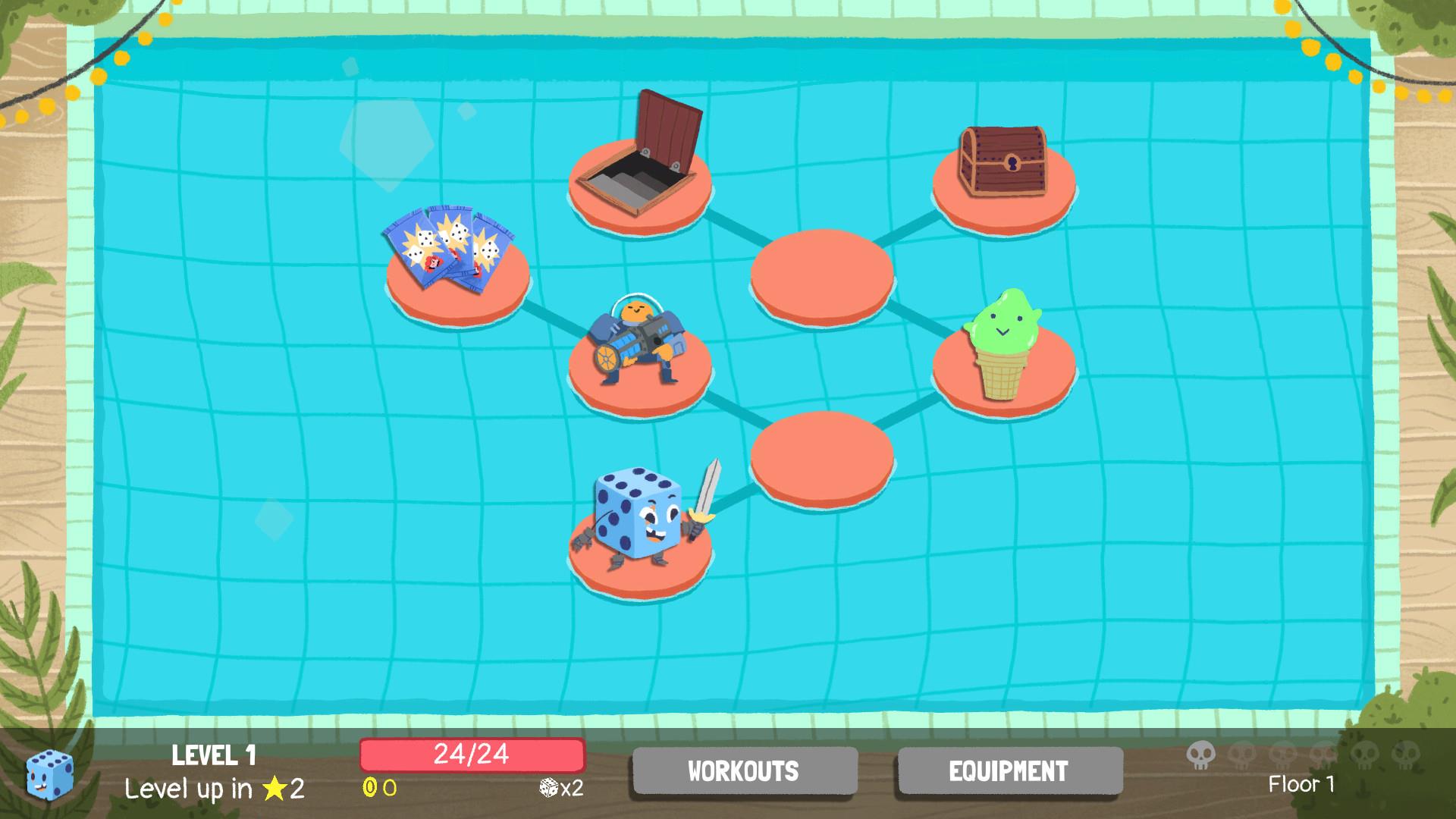 I haven’t beaten Dicey Dungeons, not completely. I’ve cleared all the levels with two of the six classes. Will I go back to finish the job? No, I think I am ready to move on and clear this title from my backlog. Dicey Dungeons is worth your time and money, especially if you can find it when the game is on sale. But be prepared for some frustrating, throw the controller at the tv moments.