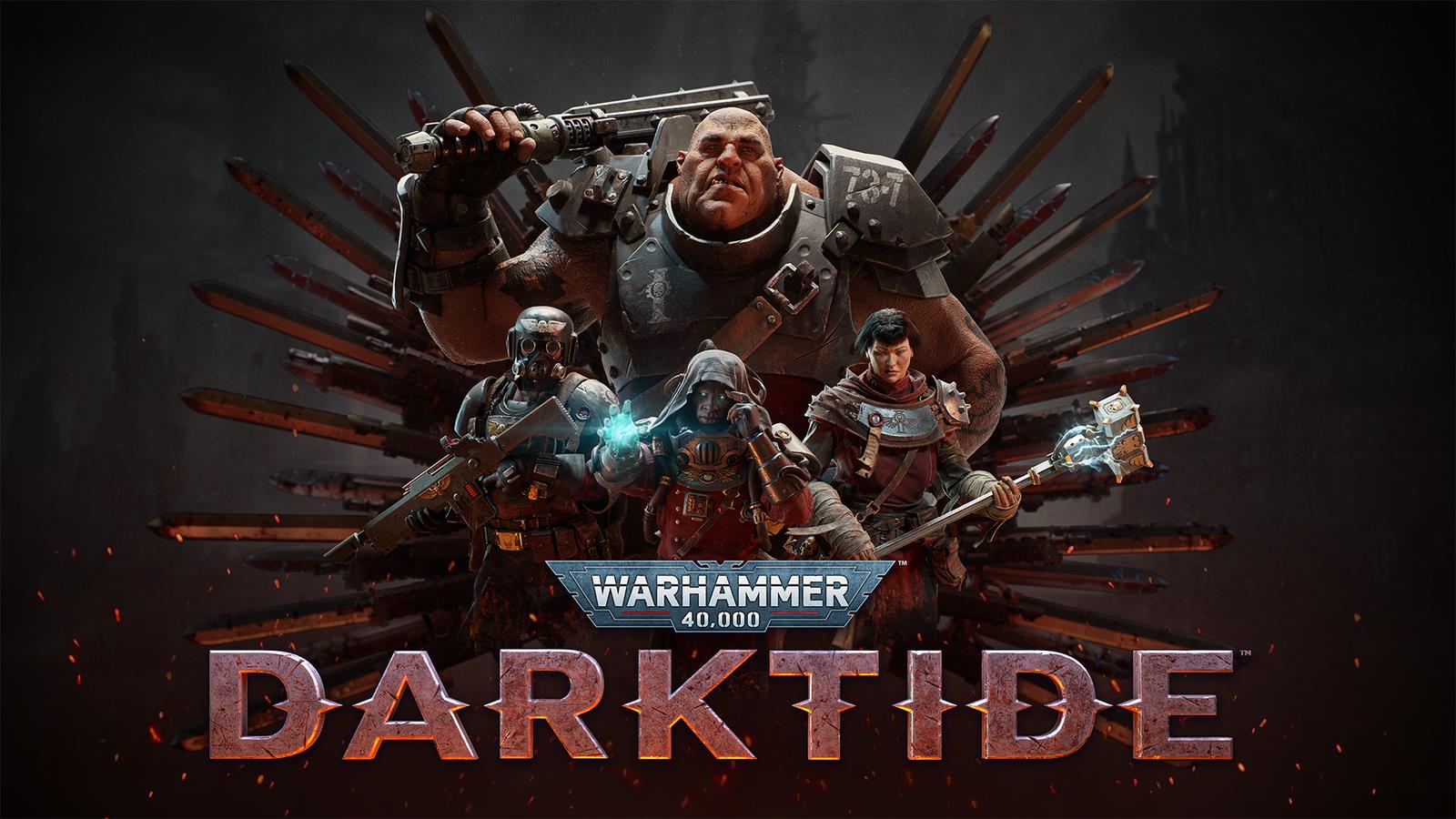 I have a couple of friends that love to play first-person co-op games together. Our favorite so far has been Warhammer: Vermintide 2. Half of us know nothing about Warhammer, the other half have read countless novels, paint the minis, and play the tabletop. About a year ago we had heard that the developer of Vermintide 2 was working on a new title this one set in the futuristic setting of Warhammer, Warhammer 40,000: Darktide. We’ve been following along with the development for some time and when the chance to join this past weekend’s beta came up we all four threw our hats into the bag to get a chance to play. Three of us successfully got the chance and spent nearly five hours this weekend playing Darktide.

The main difference between Vermintide 2 and Dartide is the setting Vermintide 2 takes place in a high fantasy setting, robes, wizards, barbarians, you know. With Darktide the same races are present, and so is some of the magic, but now we have guns. This turns Darktide into a shooter, not just a heavily meele-style game.

The first thing I was a little blown away by was the character creator. I expected pre-made characters, like in Vermintide 2; where you played as a pre-established class. They all had unique features and looks, but they had little say in how those characters looked. This is not true here. I could have easily spent a half hour looking through the options for making a character. With this beta preview, we had access to the four classes. I went with the Zealot – Preacher, primarily a melee and close-range shooter.

Darktide had four available missions for us to play, but we were able to set the difficulty to our liking. Like with their past title, jumping straight to a harder difficulty was not something wise to do. Instead, we leveled up for a while before choosing the tougher settings. The difficulty felt very similar to their previous title, which I love. I found Vermintude 2 a great challenge in the higher difficulties; I expect Darktide will be the same.

The maps felt the right size. I never felt like dragging myself seconds from death to get to the finish line to clear, but I never felt like they were only a hop, skip, and jump to finish. I don’t think the available maps were the first four of the game, so the story being told did feel disjointed, but the story has never been a big selling point to get me to play.

What has gotten me to play are the hordes of baddies I get to slice and dice and now shoot at. Combat feels similar and different at the same time. I still felt that Darktide wanted me to use my melee weapon more than I wanted to, ammo was never sparse, but also not bountiful.

With the release date of Warhammer 40,000: Darktide being pushed back repeatedly, I have been a little worried. A delayed game can still be good, but it always makes me think. But after playing for hours this weekend, I get the same vibes I had from Vermintide 2. I have no doubt Darktide will have the staying power, at least in my friend group that Fatshark’s previous games have.