Modern Warfare II campaign begins next week... if you pre-ordered

The full release of the Call of Duty: Modern Warfare II remake isn't until October 28th. But those that pre-ordered can get in on the campaign starting October 20th. Those folks can start getting on the Early Access and earn Campaign completion rewards that transfer over into multiplayer and Special Ops game modes, as well as the Warzone 2.0 that is releasing in November. Campaign completion rewards include:

Now you can earn these at any time, so no worried if you're not in the game until the regular release. For more details check out the Call of Duty blog: https://www.callofduty.com/blog/2022/10/call-of-duty-modern-warfare-II-warzone-2-0-campaign-early-access-rewards 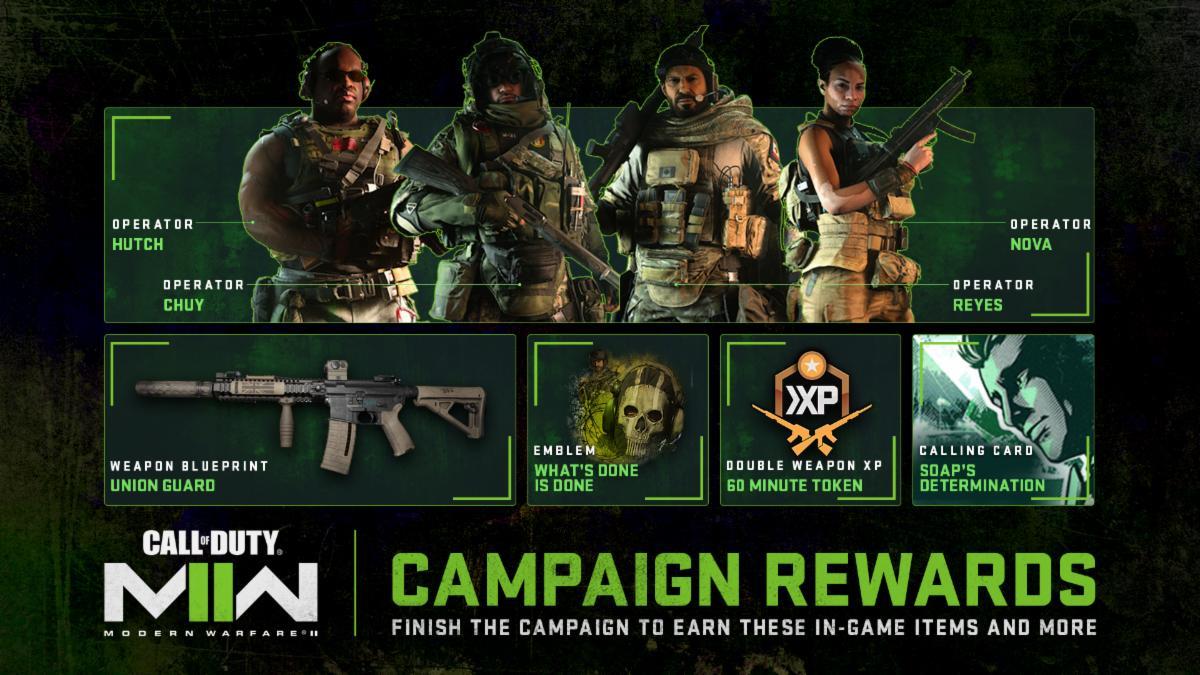