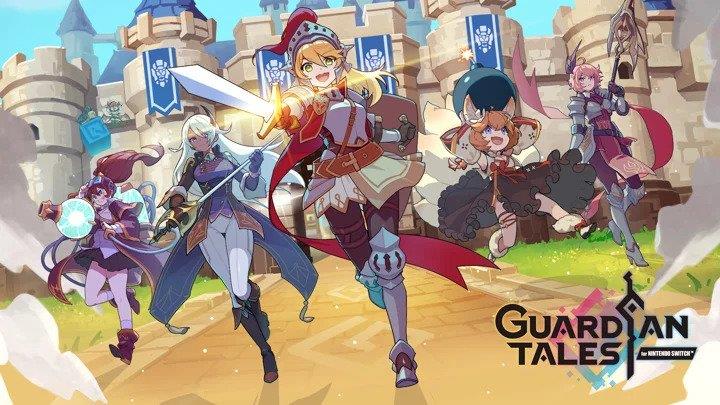 Guardian Tales is a retro-style action adventure RPG. For the last two years, the game has been available on iOS and Android devices but is now making its way to Switch. Kong Studios says, “Guardian Tales will be a brand new experience for those who have not played the mobile version before. In the Nintendo Switch version, fans can enjoy the game on a larger screen, allowing them to become more immersed in the gameplay. Adding the use of the JoyCon allows for more accessible and detailed gameplay.” The switch version will have some unique elements to it as well. Players worldwide can meet and compete in a PvP setting on a single server, something not available in the mobile version. While Guardian Tales has already launched on the Switch, you can still enjoy the launch rewards which include 100,000 Gold, 3,000 Free Gems, 100 Free Summons, 3 Star Equipment, 2 Star Hero, and a Rose Knight Costume. All you need to do is download and launch the game on Switch.