Want to know what it feels like for a non-gamer to pick up a controller? Try Session: Skate Sim

We’ve all seen it – a non-gamer decides that a modern game is interesting enough that they want to give it a go. Maybe a group at a party needs a fourth for Overcooked, or it could be that the visuals of a new game caught their attention. But whatever the reason, a person not familiar with modern controllers sits down and struggles to figure out how to make a character move on screen with a bewildering jumble of levers and buttons.

It is almost unbearable for gamers to watch. We’ve all been playing so much and for so long that standard control schemes feel like second nature. Even if you aren’t an FPS player, you know how to move your character around on screen – and you likely know how to jump and crouch. If you don’t play racing games, you still know how to make the car move forward and reverse, and some quick experimentation will locate the button for the handbrake.

To see someone bumble around with a controller – an object that feels like an appendage to gamers – borders on painful. We are all accustomed to picking up a new game and just tapping buttons to see what they do. “That’s my jump. That’s my dodge. There’s my light attack. There’s my heavy.” We all know the drill, because we all do it all the time.

But if you want to know what it is like to pick up a controller and have it feel completely foreign in your hands – like a child – pick up Session: Skate Sim and give it a shot.

The button layout in Session: Skate Sim is so foreign that when I sat down to give the game a shot, my hands and mind conspired to completely rebel against me. Session works overtime to make skateboarding feel realistic, and it doesn’t shy away from forcing the player to rewire their brain to make even the smallest progress forward. 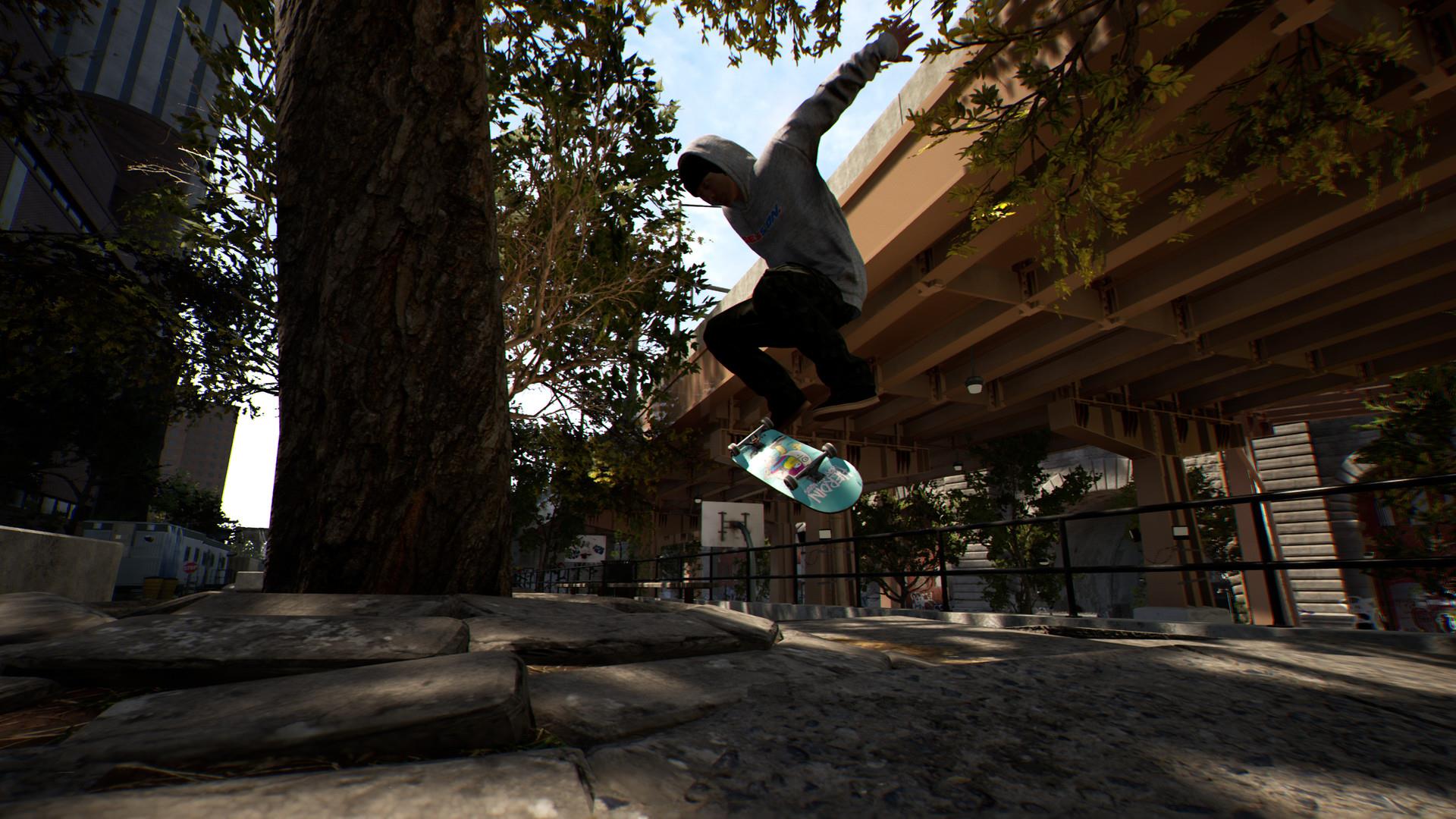 On PlayStation, Session has you kick forward with the X and Square buttons. You turn your skateboard with the L2 and R2 triggers. The analog sticks kinda control your weight, as is corresponds with your legs. To do a simple kickflip, you kick forward to get some momentum going, orient yourself with the triggers, squat down on your board with the left stick, and while squatting, you initiate the kickflip with the right stick.

It feels like absolute madness. Your brain just can’t get past the idea that you should be steering with the left stick. So when you are bearing down on a curb that you know is going to send your face skidding across the concrete, you find yourself squatting on your board instead of steering away, all the while screaming “No! No! No! Turn!”. It’s hysterical and fun, and a great way for the developers behind Session: Skate Sim to force players into a learning curve similar to that needed to learn to actually skate.

Having your muscle memory completely subverted in this way is beyond disruptive. I remember the first time I sat down and tried to play a shooter with modern controls. I was accustomed to playing Medal of Honor on PS1, where the right stick strafed, and the player looked up and down with the L1 and L2 buttons. Playing with modern controls, I might as well have been trying to control a submarine – it felt completely foreign, and I kept saying things like “Why would they do it like this?” as I walked endlessly into walls. That feeling of bewilderment has been missing from my life for years, but then I played Session: Skate Sim.

There is no true standard for what the buttons on a controller do. There is simply what we are accustomed to, and what we are not accustomed to. Session: Skate Sim reinvents the wheel to such an extent that when you finally do pull off a brief grind on a short rail, you start shrieking “I did it!”. Every new move you pull off feels like a major achievement. It takes actual effort to string together even a short series of tricks.

It might feel weird, but as video game design, it is clever as hell.