Logitech takes to the clouds with G CLOUD Gaming Handheld

You know cloud gaming has come into its own when tech companies are making devices strictly for streaming games. And no, I'm not talking about running Luna through a Firestick, or Stadia through a Google Chromecast. I mean a device committed solely to cloud gaming, which is precisely what Logitech today announced when it unveiled the Logitech G CLOUD Gaming Handheld. 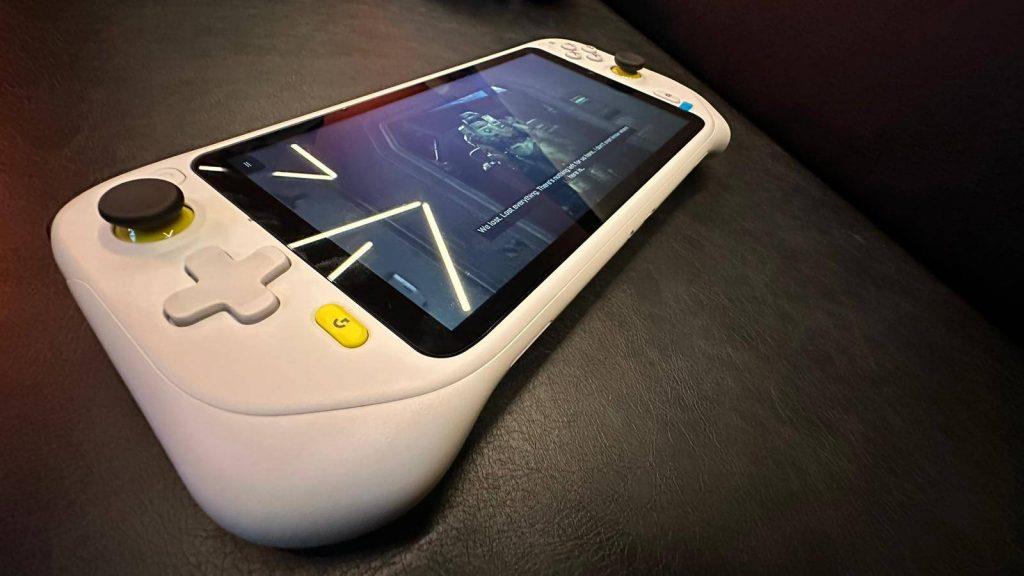 Name follows function in this case, I suppose, as the gadget's title reveals precisely what it does. The G CLOUD Gaming Handheld is a handheld - similar in form and function to a Nintendo Switch or a Steam Deck - that enables streaming cloud games via Xbox Game Pass Ultimate and NVIDIA GeForce Now. While some fans of other streaming platforms might be a bit disappointed to see their favorites not on the list, Logitech also specified in a PR release that "players can also stream local games from an Xbox console with the Xbox app, their Steam games via SteamLink or download remote play apps, video streaming, and more via the Google Play Store." Hmmm...wonder what they are referring to there?

Far from being a knockoff of other recent devices, the G CLOUD Gaming Handheld boasts some very cool features, not the least of which is a 12+ hour battery live. The system will launch with a 7" full 1080p touchscreen with a 60Hz refresh rate. The controls are said to rival those of a high-end Xbox controller, and will include haptics, gyroscope, and remapping capabilities.

This may feel like a very specific product for a very specific gaming fan, but cloud gaming is growing day by day as more and more people try it and notice that it actually really works well. As a cloud gaming fan with subscriptions to just about every cloud service out there, I'm happy to see a company investing into this space. I'm dying to get my hands on one of these to run it through it's paces. None of us will have to wait long, as the Logitech G CLOUD Gaming Handheld is due to hit the market next month.

The Logitech G CLOUD Gaming Handheld is expected to be available on LogitechG.com and at Amazon and Best Buy in North America in October of 2022 for a suggested retail price of $349.99. If you pre-order now, the Logitech G Cloud is $299.99 for a limited time.