If you have been playing Disney Dreamlight Valley - the insanely addictive new life simulator/town builder from Gameloft - you know the horror that comes from getting absolutely mugged of all your hard-earned cash by Scrooge McDuck.

When you first start the game, you might think "Oh, why is Scrooge McDuck one if the first characters in the game? Like, I understand Goofy and Mickey, and even Merlin to an extent, but why is Uncle Scrooge here?". The answer will soon become apparent. Scrooge McDuck is in the game so he can absolutely pillage you, seizing all of your precious gold coins in the name of "progress". 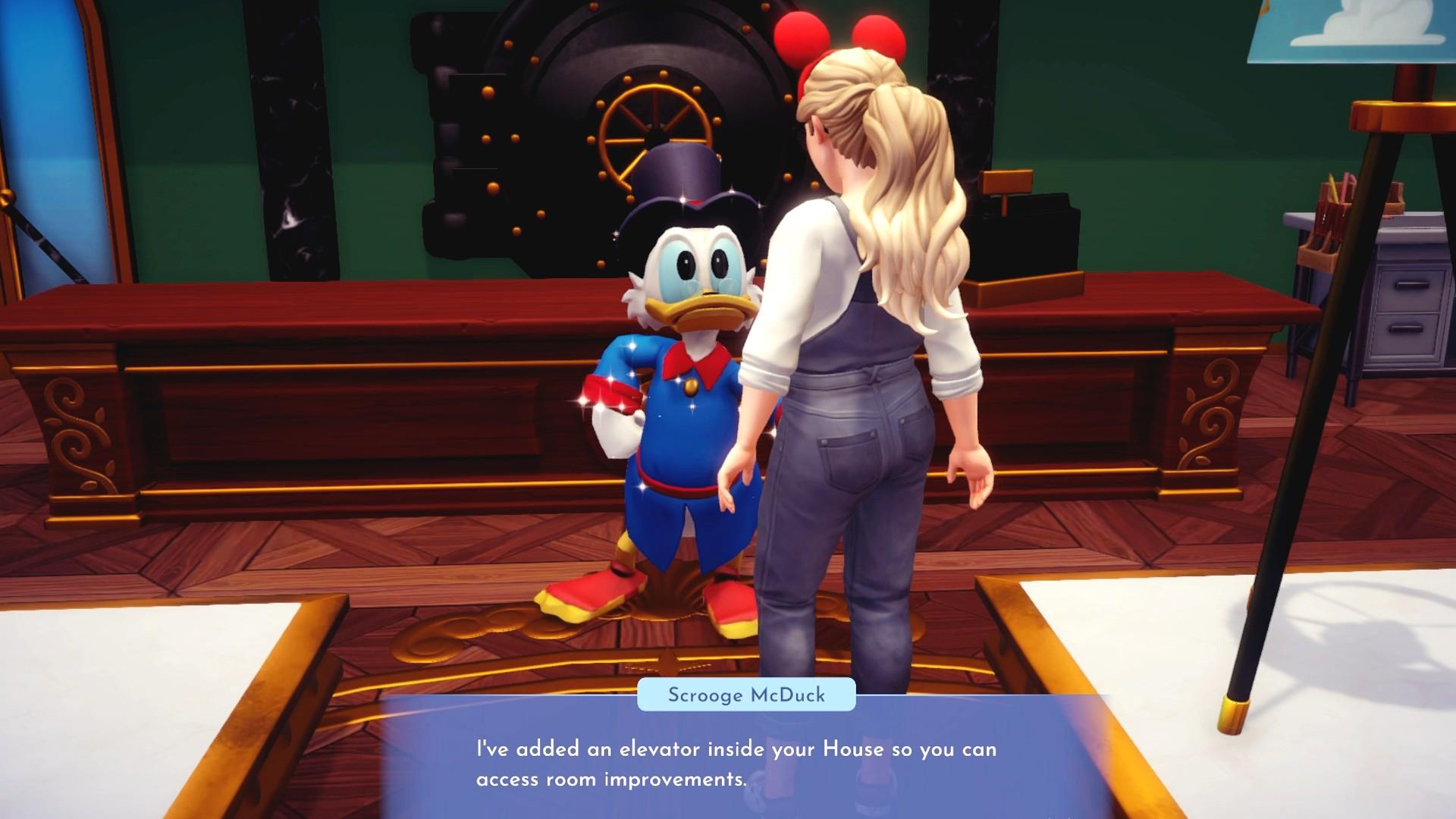 Scrooge has his nasty little wings in everything. Want to upgrade Moana's boat so she can catch more fish? Pay Scrooge. Want to make Remy's restaurant nicer? Pay Scrooge. More rooms in your house? A better garden for Wall-E? Unlock fast travel points? Build a house for Ariel? Pay Scrooge. And I'm not just talking about some piddly little amount - the final upgrades on Moana and Wall-E's joints cost a cool 50,000 gold coins, which - unless you have moved into the pumpkin/eggplant harvesting business - is a ludicrous amount of scratch.

So yes, Uncle Scrooge ends up with the lion's share of your cash, at least until you have maxed everything out and can put him on a starvation diet. It is amazingly disheartening to hand him what basically amounts to two fields worth of soy beans just so he can dig four holes in Wall-E's garden. It fills one with rage. But you can't cut him. You can't hit him with a stick. You can't throw him in Remy's pot and cook him. How, you ask, can an aspiring Disney princess or prince get a bit of revenge? How can one take a pound of flesh back from this ruthless duck?

By making Uncle Scrooge your mining slave, that's how.

I set up Uncle Scrooge to assist with my mining. This means that while I run around and harvest mining points, trying to satiate Dreamlight Valley's unquenchable thirst for iron ingots, Uncle Scrooge comes along with me. He's a level 10 miner at this point, so about 80% of the times I uncover a big, juicy gemstone, Scrooge has to go rummaging around in the coal and dirt until he finds another one, which he then GIVES TO ME.

He can't keep it! Scrooge has to uncover riches and throw them on the ground so I can pick them up! Sometimes, I just shrug and walk away from the gems, leaving them there in the mud and inflicting who-knows-how-much psychological damage on Scrooge. It's fantastic. You should try it, and when you do, say things like "Thanks for getting your feathers dirty digging up that emerald, Scrooge, you disgusting pig, but I already have like thirty of those, so we're just gonna wander away and leave it there for the squirrels."

His face doesn't betray the pain he must feel, but you know that on the inside he must be roiling with rage and greed. It is immensely satisfying, even if it is all in my mind.

Disney Dreamlight Valley is now available in Early Access on PC, PlayStation, Nintendo Switch, and Xbox. Most folks need to buy a Founder's Pack to get access, but if you have Game Pass, you can go download Dreamlight Valley for free right now. And you totally should. It's mad addictive and very, very fun.