This is some awesome news! Bethesda has announced that they have launched dedicated servers for the 2003 classic multiplayer game Wolfenstein: Enemy Territory.

The servers will be running the vanilla rule set on all the original maps and with no mods.

I remember playing so much of this game back when I was in college. Our lan party club would play this all the time and Ill always remember the map where you have to fight your way up the beach as there was always some troll that would switch teams and open the back door and switch back.

Wolfenstein: Enemy Territory is free to play on Steam. 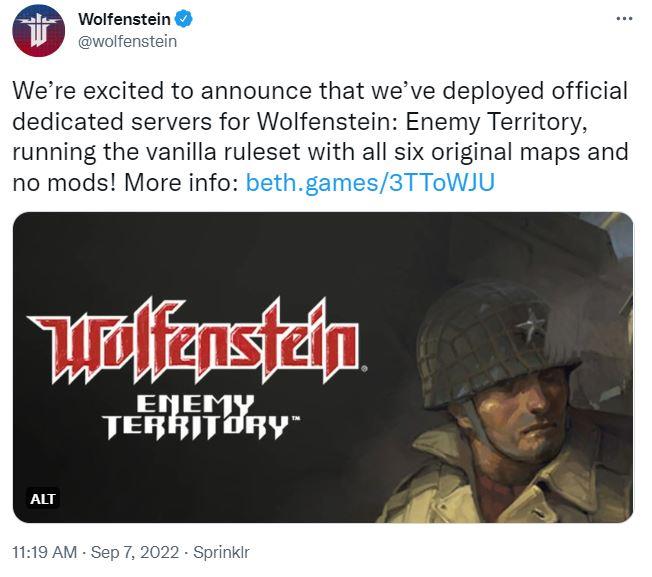