I've had the Steam Deck for a few weeks now and really love having a portable PC gaming machine in my hands. One of the key things I got it for was offline gaming on the go. When traveling you can't be guaranteed an Internet connection so being able to load up single player games is something I really wanted.

There does seem to be an issue with Offline mode on the Steam Deck though. If you are connected and go into Offline Mode via Settings/Internet, you're able to load up most single player games that don't rely on a third party launcher (although some Rockstar games worked) just fine. I tested this with games like Mechwarrior 5, Star Wars Knights of the Old Republic, L.A. Noire, and Marvel's Spider-Man Remastered to name a few. 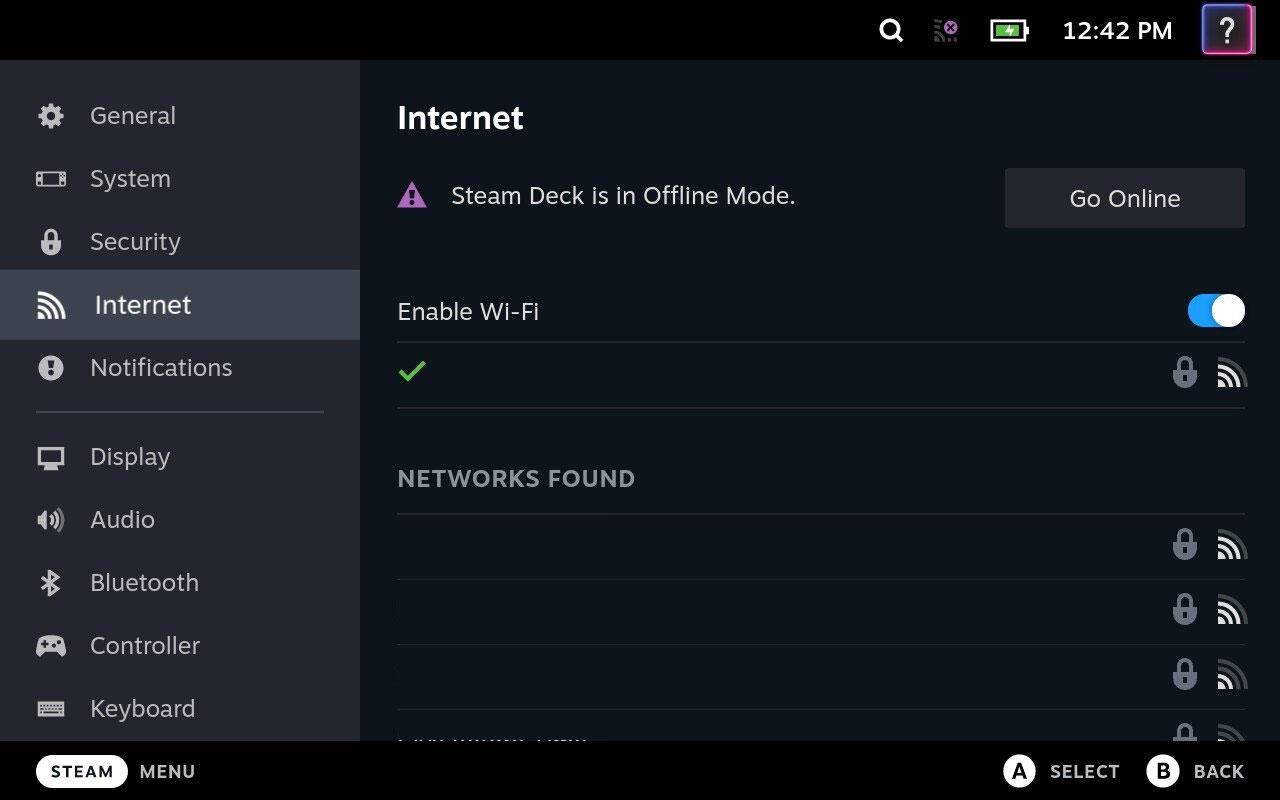 But if your Steam Deck happens to reboot while in Offline mode and you are nowhere near an Internet connection, none of the games that worked in Offline mode will work. Once you press on the Play button, it'll zoom out and zoom back in to the game's Steam page screen. Side loaded items like emulators work though as I was able to load up RetroDECK without any issues.

If you try to load the game, still in Offline mode, using the Desktop version of Steam, you'll see the message that it can't load with the error "compatibility tool configuration failed". 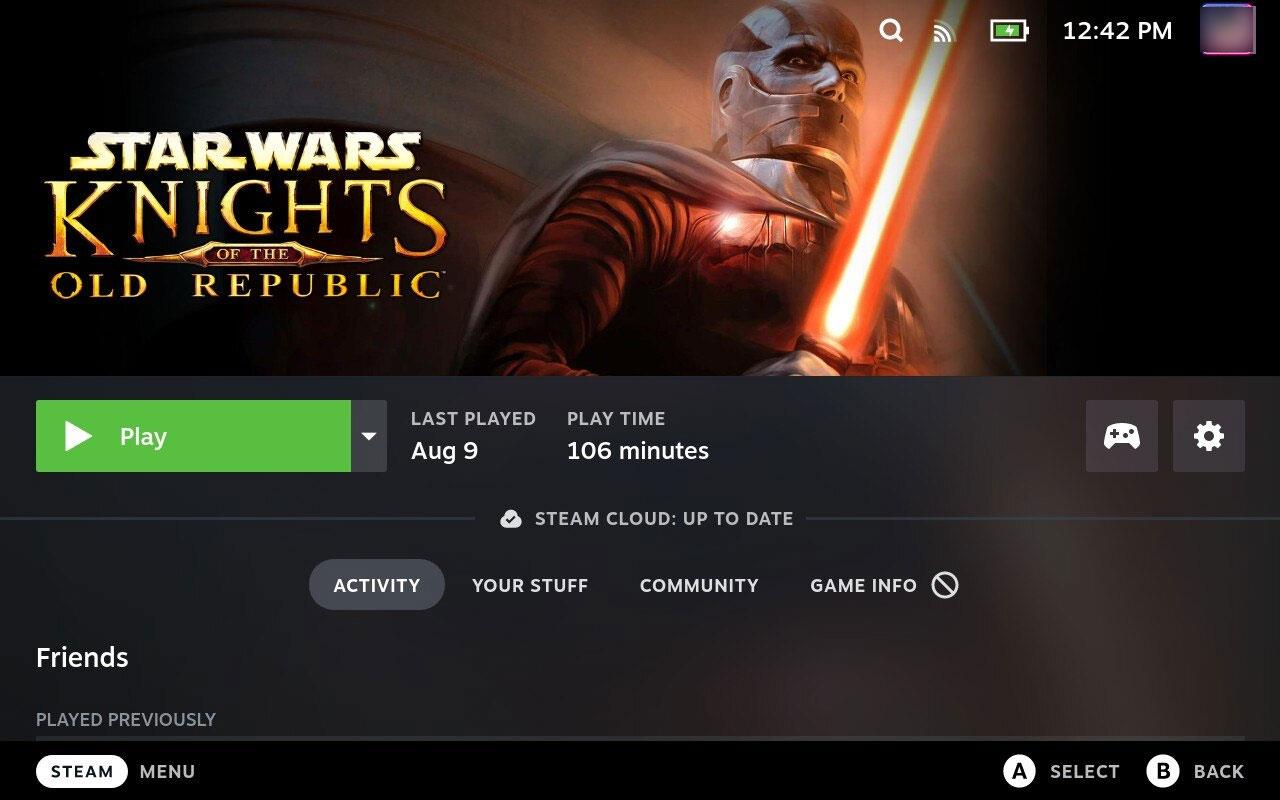 Needless to say, this would make an awful traveling experience should you want to sit on a long flight hoping to get some nice PC gaming in on the Steam Deck.

Luckily, there seems to be a work around right now. And remember, this only happens if you're already in Offline mode and things were working and you had to reboot the Steam Deck for some reason.

Thanks to reddit user u/MysticalKittyHerder for pointing to me a work around.

What you need to do is go into any game, press right on the D_pad twice which should select the gears, press the A button, and click on Properties from the menu. Alternatively, you can just use the touchscreen and touch the gears and touch Properties. 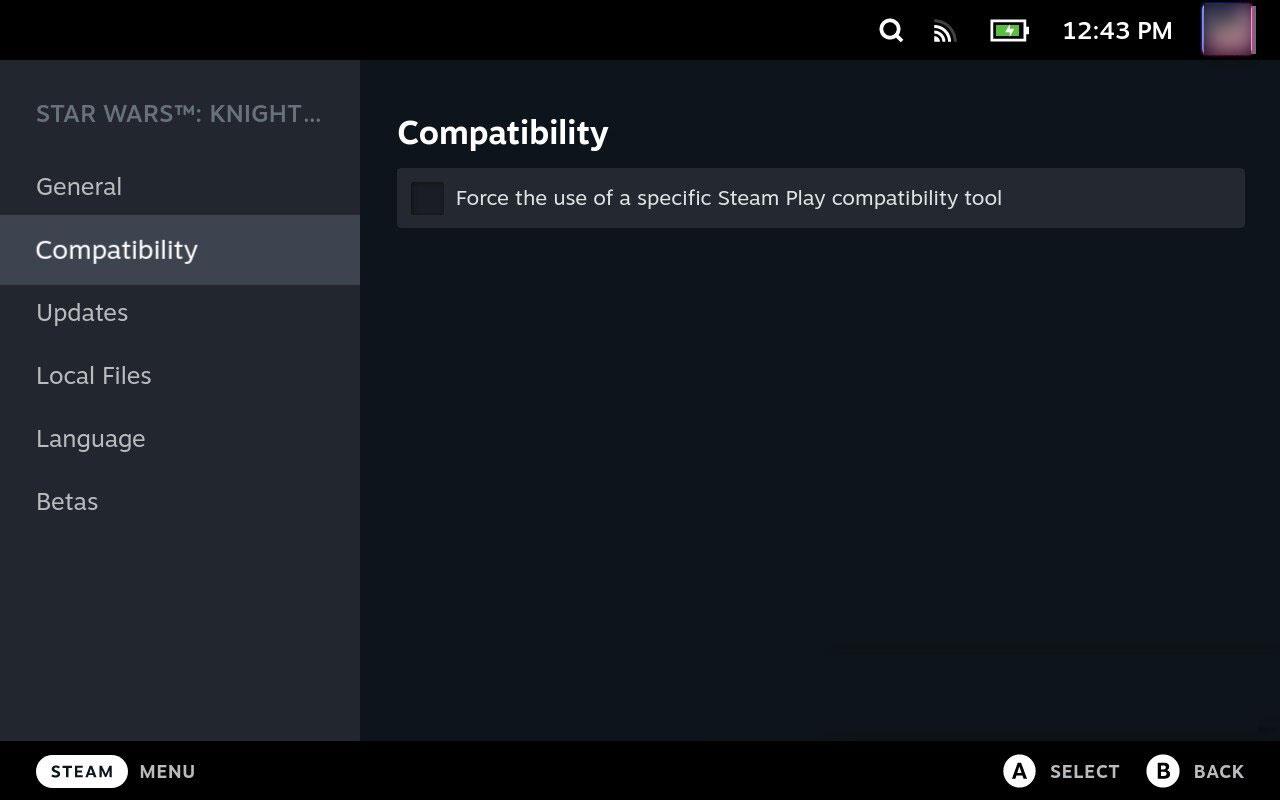 Scroll down one to Compatibility where you'll see a checkbox that will let you force it to use a specific Steam Play compatibility tool. All you have to do is check it and uncheck it. Then back out and you should be able to load the game. You only need to do this once and it'll let you load any other game that wasn't loading. When I did this, every game that I was unable to load that should have worked, worked.

This looks like some sort of Steam OS bug that hopefully can be easily resolved. Until then, this should get you by for those who can't load up a single player game in Offline mode that you can load before.

-Update- Valve has gotten back to me as they are looking into this issue. They did say that it should just work fine without an Internet connection if you don't go into Offline mode. To test this, I disabled my Wifi and went and loaded a few games. They all worked and I saw in the Settings/Internet that it said not connected to a network.

I then rebooted the Steam Deck and made sure I was still not connected. The Deck restarted and no Internet connection was initiated. I then went and loaded a few games and that worked fine. So, if you don't initiate Offline mode and your Steam Deck is not connected and you reboot, it works fine.