If a feature falls in the forest that no one knew existed, does it make a sound?

In the Playstation Product and Services notices, Sony is announcing that it is discontinuing PlayStation 5 support for Accolades:

In fall of 2022, the Accolades feature on PlayStation 5 will no longer be supported. The feature hasn’t seen the level of usage we anticipated, so we are refocusing our efforts. We encourage the community to continue to send positive messages to one another.

If you're like me and most other PS5 users, you've probably never heard of Accolades before reading that discontinuation notice. Apparently, it was introduced as a launch feature as a way to reward other players met through online play. If another player provided a positive experience, you could award them a badge for their profile. Only a handful of games, mostly first party titles, ever supported the feature though. It's not a terrible idea to promote positive play, but that it wasn't widely implemented and that it didn't really offer enough reward to make it worthwhile it was probably doomed from the start. It makes sense not to commit resources to continuing a feature nobody uses and is far from the core gameplay experience. 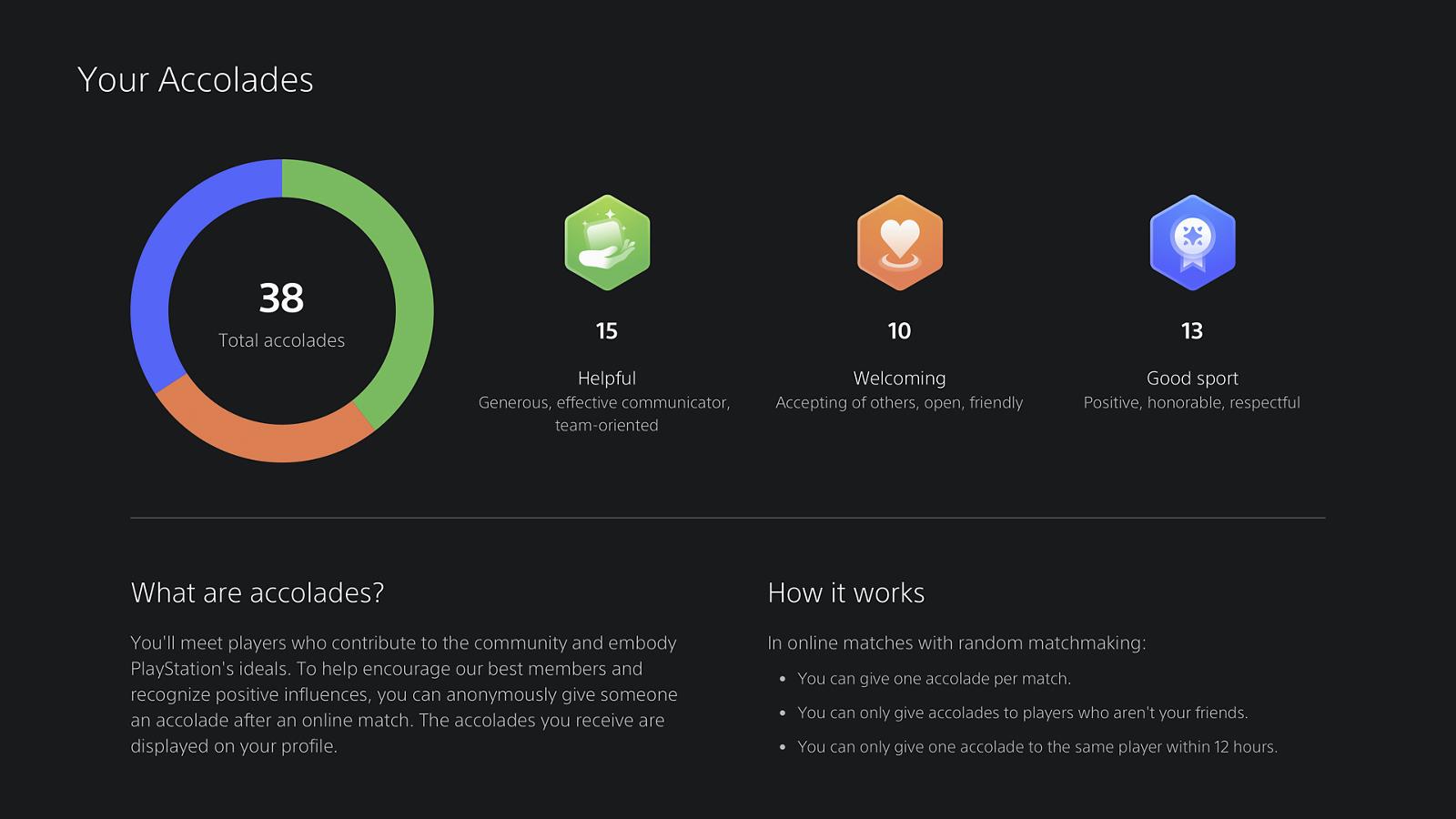