Gollum's precious release date has been pushed back indefinitely

Nacon and Daedalic Entertainment just released a gameplay reveal trailer for their upcoming game: The Lord of the Rings: Gollum a few weeks ago. The game was set to release in September of this year but an announcement this morning has been delayed indefinitely. Please see below for the official statement from the team: 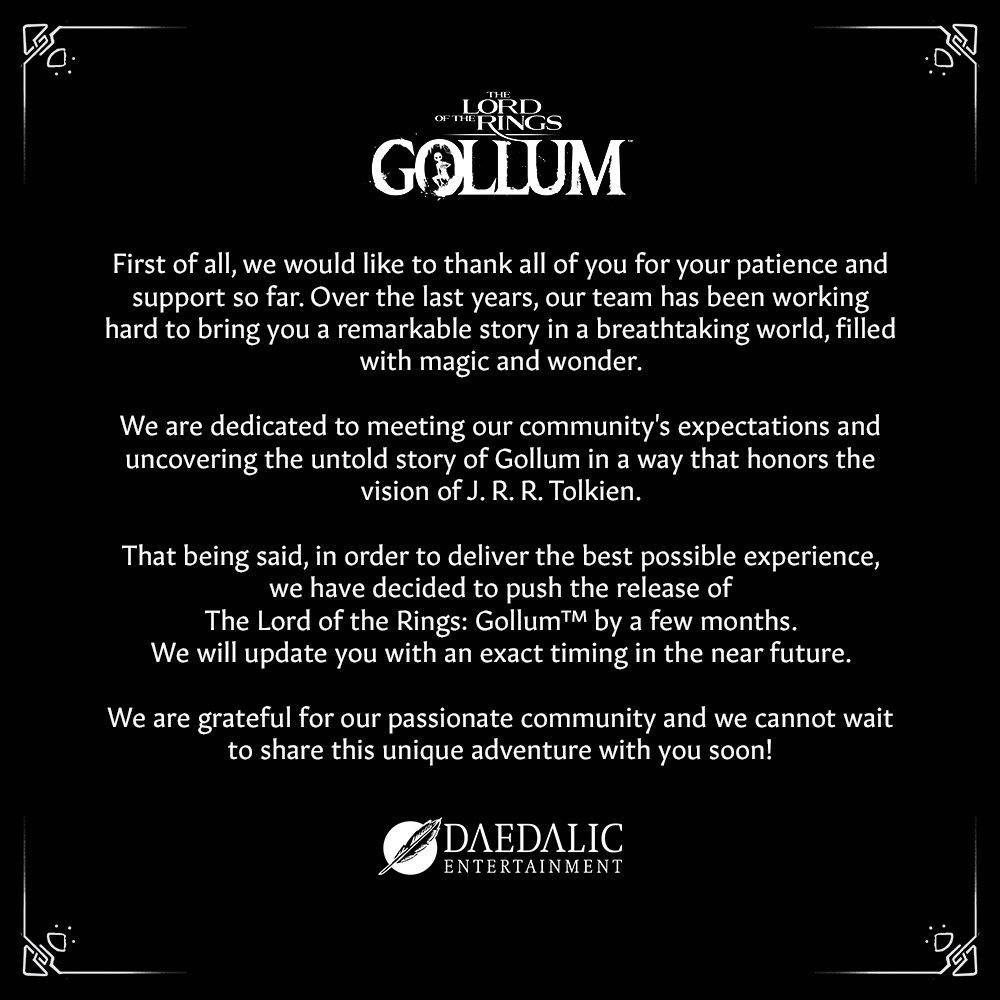 For a brief refresher on the gameplay trailer, see below: