Hey y'all, some new AAA games are coming to Stadia

As a Stadia supporter, I often tire of the way I see the platform portrayed by haters on social media. To be frank, I have little time for negativity towards any gaming platform. I like all the things, and I play games wherever I find them that is most convenient for me. Gaming is supposed to be fun, so I can't stand when clowns hop online and proclaim that Stadia is "dead" because it's been a few minutes since any AAA games have been announced for the platform.

And today, Deep Silver announced that Saints Row will be arriving on Stadia day and date with other consoles, on August 23rd. With two AAA announcements in two days, I guess there is some life left in Stadia after all. Good thing, as I still have all these controllers. 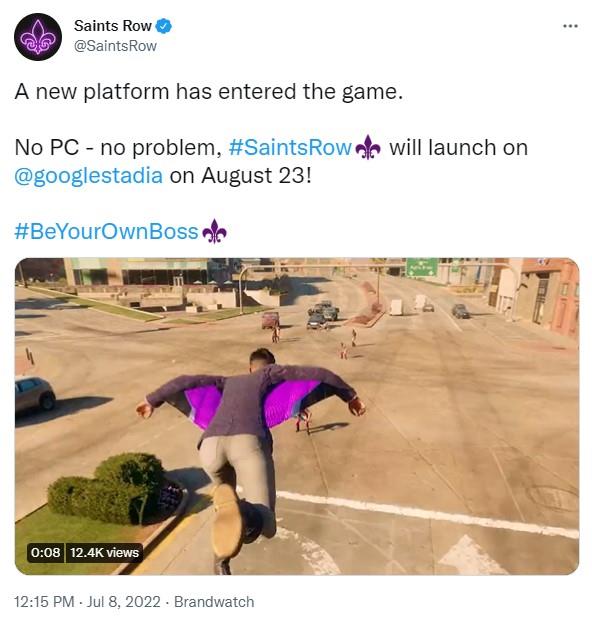