Capcom holding their own showcase next week

With E3 gone it seems that everyone is getting in on the whole summer showcase specials. IGN, Microsoft, Sony, Geoff Keighley and more are all holding their own shows revealing and showcasing games that have recently been announced. Well Capcom is getting in on the action by announcing the "Capcom Showcase", which will debut on June 13th at 3PM PST where they will give updates on previously announced titles.

Introducing the #CapcomShowcase, a new livestreamed digital event bringing you the latest #Capcom game information. Tune in on June 13, 3pm PT for around 35 minutes of news and in-depth updates on previously announced Capcom titles.

In terms of info I would say we will see more of the Resident Evil 4 remake, Village VR update and some Street Fighter 6. 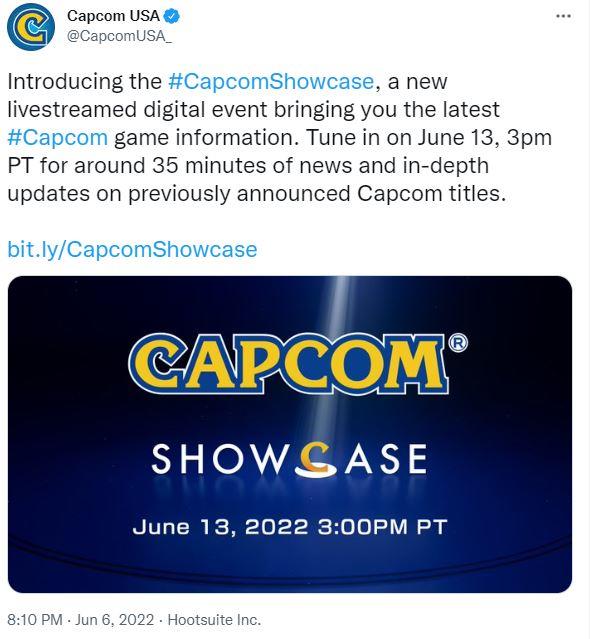