The new season of Destiny 2, Season of the Haunted, has arrived

As someone who's been playing Destiny 2 mostly since launch, I tend to look forward to each season and lately Bungie seems to have been knocking it out of the park, especially with The Witch Queen and its campaign. Today though sees the launch of Season 17: Season of the Haunted.

This season, which runs from now until August 23rd, sees the Guardians once again board The Leviathan, only now it's been corrupted and derelict and is forming a connection with the dormant Pyramid ship on the Moon. Season of the Haunted brings with it a new Nightmare Containment activity that's free for all players, a new Sever quest, and Solar 3.0 (free for all players) which completely redesigns the Solar subclass like how Season 16 did with Void. Furthermore the Trespasser exotic sidearm returns from the original Destiny and Season Pass holders will unlock this classic weapon instantly. In addition, the first of two dungeon's included in The Witch Queen Deluxe Edition will be available this Friday with the other dungeon coming in Season 19. Tomorrow, Bungie releases Season of the Haunted for Destiny 2, where players face the return of Calus’s corrupted space vessel, the Leviathan. Guardians confront the Nightmares of the past, embrace updated Solar subclasses with Solar 3.0, become a Reaper, and wield a scythe. Season of the Haunted will run until August 23. 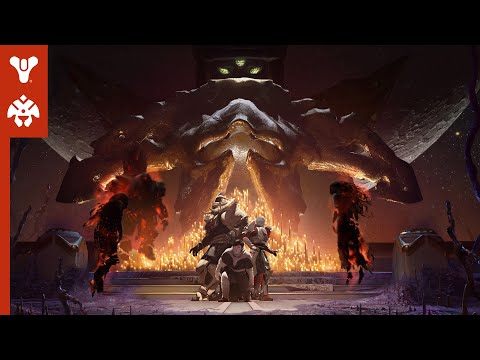 Once a symbol of ultimate luxury, the Leviathan returns corrupted and derelict to contact the Moon’s dormant Pyramid ship. As the connection with the Pyramid forms, Nightmares of the past awaken and threaten to torment any who dare intervene.

Season of the Haunted comes with more activities and content for all players:

New to the Eververse store is the Season of the Haunted Silver Bundle, giving Guardians the Paper Windmill emote and 1,700 Silver (1,000 + 700 bonus Silver), which can be used to purchase Seasons, cosmetics, and more.

Later this week: Launching this Friday at 10 AM PT is the first of two dungeons included in The Witch Queen Deluxe Edition. Anyone who owns that version of this year's expansion will be able to play the new dungeon as well as the upcoming dungeon in Season 19.

For players who only want access to the two Year 5 dungeons, Bungie is also selling The Witch Queen Dungeon Key. This can be picked up in-game for 2,000 Silver.

The secrets that the new dungeon holds are still tightly under wraps, but some of the rewards to look forward to include a new Legendary armor set, Legendary weapons, an Exotic weapon and catalyst, and more.